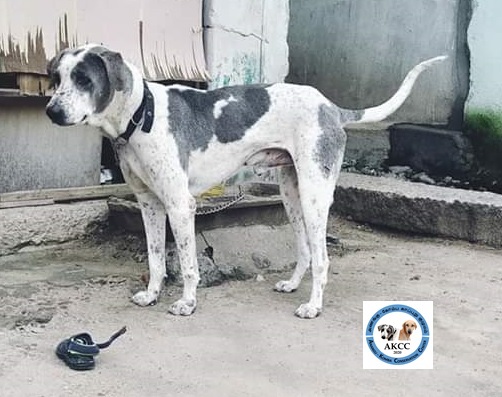 The Anangu is the oldest breed of the “Ancient Tamil Civilization” predominantly developed in the Thanjavur and Thiruchirapalli districts (Tanjore and Trichy respectively) of the Tamil Nadu state, INDIA. And is also widespread around the Thanjavur area like Madurai, Ramanathapuram, Nagapattinam and Pudhukottai. The Anangu is a mastiff or large size sight as well as scent hound dog. This breed is a molassar type with heavier, massive boned, broad legs, paws with a deep brisket. The skull is broad and heavy with a typical "stop-muzzle" which is unique in Anangu breeds when compared to little raised curvy and longer in the Komba. The neck has extra muscle around it which is distinctly seen in adult (3 years) and older dogs. The Anangu is predominantly used for guarding in forts and palaces during ancient times due to its heavy and ferocious nature. They were trainned to be brutal while on guarding, as the name implies Anangu = God of ferociousness in tamil language and also refers to Bully in English as they are cruel and brutal to their enemies when it comes to protection. Due to their heavier and massive body structure they are not good runners as other breeds such as the Komba, Kukkal, Patti of Tamil Nadu. The Anangu has short coat and naturally has various colours and patterns which is the common known traits of naturally developed indigenous breeds. The basic colours are black, white, reddish brown, saambal (grey/ash), white with various admirable tessellations (shades and patterns). The white patch in the chest area is common (not mandatory) and the dark spots in the body are common in the Anangu.

The Anangu are well known for their loyalty, intelligence and balanced temperament. Anangu breeds are self - intelligent which requires very little initial training or guidance. Goes well with the family members. Adorable and friendly with children.

Anangu dogs are heavy dogs and can withstand a wide range of climates with less health issues due to their high immunity.

Highly adaptable and do well in farmlands with a good fenced yard with a house, but can live in an apartment if it is sufficiently exercised.

Requires walking daily and other workouts are not mandatory, if the walks are consistent.

15 to 20 years. This is due to their high immunity and surviving nature of the breed.

Grooming and bathing is advised once a week as the hair-shed is very minimal and not frequent. Little to no maintenance is required to maintain the healthy skin.

The Anangu is one of the oldest ancient breeds of the Tamil Civilization (dated more than 50000 BC). The breed has been depicted and documented as "God of ferociouness" to save from demons, wild animals and from enemies as a guard and protector. Such portrayals have been documented in the form of scripts in various Tamil literatures starting from 6000 BC such as Tholkapiam, Silapathikaram, Seevagasinthamani, Purananooru, Akananooru, Pattinapaalai, Iynkurunooru just to name a few but there are even more. Anangu breeds were predominatly used in Raja Raja Chola's regiment during 1000 to 1100 AD, The Great Tamil King and there is evidence these breeds might have used in action since Vijayalaya Chola's reign (Mediaval Chola Emperor and forefather of Raja Raja Chola). The Anangu breed is widespread in very little numbers across TamilNadu especially in Ramanathapuram, Madurai, Nagapattinam, Trichy area due to Patriots of Tamil Chola Empire migration during 1200 AD. The recent archeological findings (2019) in Keezhadi or Keeladi near Madurai, Tamil Nadu, INDIA has revealed the fact that the Indus Valley Civilization is equivalent or later to Tamil Civilization, where archealogist had unearthed a paw affixed stone in the Keezhadi evacuation could reveal Anangu breeds existance during 600 BC, as no other breeds of present day Tamil Nadu would have such broad and big paws (picture shared). As the Tamil Civilians moved through western ghats of peninsular India there are descendents of Anangu breeds seen all these route till present day Gujarat, Rajasthan, Punbaj area till the Sindh river region. The Sindh Mastiff or Bully Kutta may have strong genetic relation or replication from the Anangu, which has similar traits of origin as the Tamil Civilians migrated for the purpose of Life and Invasion. There is also another possible implication that this Anangu breed to be as "Alaunt" breed which is considered extinct now but they exist as in form of the Sindh Mastiff or Bully Kutta which are nothing but Anangu breed, a landrace of Tamil Nadu. Few decades ago the two famous animal enthusiasts and researchers W. V. Soman (1963) and Desmond Morris (2002) have also documented and published the Anangu breed (as Alangu). Such ancient breed has not been recognised and forgotten within the state for many recent years and therefore it is nearing extinction. This is one of the indigenous breeds of all four ancient Tamil landraces called the “KOMBA” Dog, “KUKKAL” Dog and “PATTI” Dog. AKCC has agreed to revive and conserve the Anangu breed before it becomes extinct. 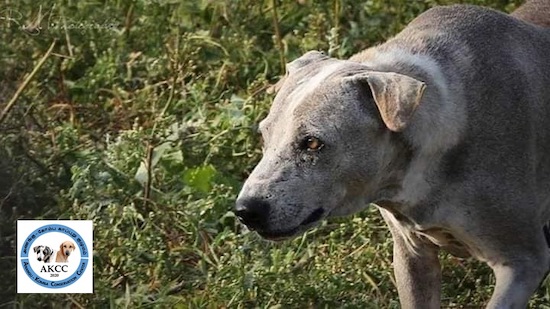 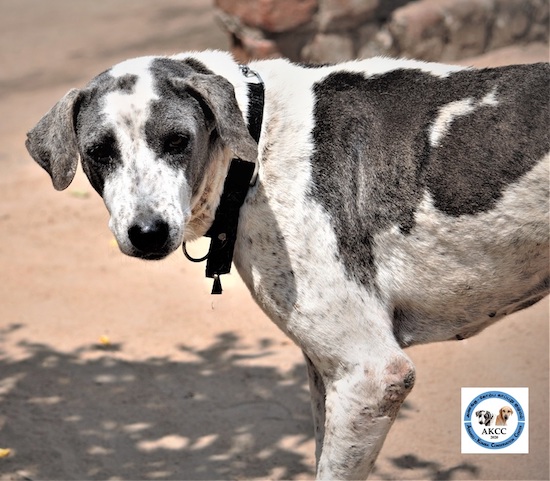 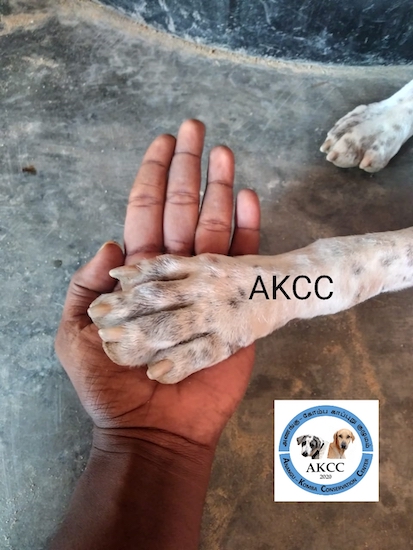 The large paw of a Anangu—Photo courtesy of the Anangu-Komba-Conservation Center, Tamil Nadu India 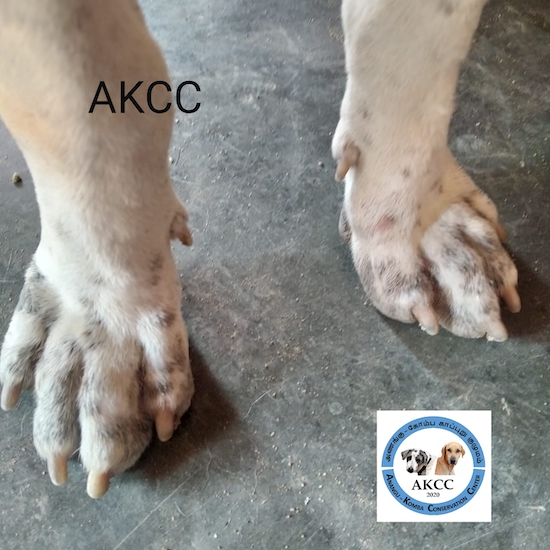 The large paws of a Anangu—Photo courtesy of the Anangu-Komba-Conservation Center, Tamil Nadu India