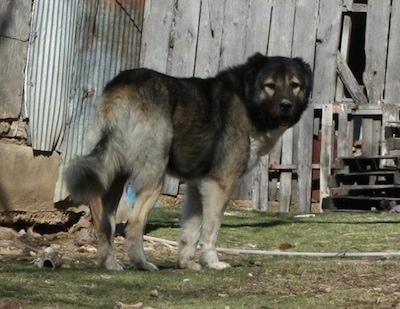 The Armenian Gampr is a very large dog with heavy bone structure, a double coat, muscular physique and very strong pulling power. The head is longer in the cranium than the muzzle. The body should be slightly longer than the shoulder height. The coat can be short, medium or long, and of any color, but is always longest over the shoulders and chest, and in the feathering on the flanks. Because the Gampr is a landrace breed, not a standardized breed, there is considerable difference in types, appearances and personalities. Often the ears are cropped shortly after birth, and occasionally the tail is also cropped.

Often the Gampr is aloof, does not play games, and prefers to observe from a vantage point rather than engage in typical play. The Gampr temperament is unique. It is a farm and family guardian, and its guard drive cannot be eliminated, merely educated and refined. It is strong-willed and relatively independent, but wants to become part of their owner’s life to the point of acquiescing and desiring to do the right thing. Always gentle with children. In any family of Gamprs, there will be some with a high human-guard drive and some that guard only against four-legged predators. There will be some that are oriented toward close human companionship, and some that are more aloof. Work with a reputable breeder who can help you with the appropriate temperament for your situation. Often, a Gampr that is relocated, as puppies are when they first arrive, will be shy and refrain from eating, until it is sure it is where it should be. A typical Gampr will guard its own home or farm, but will be more congenial off its own property. Adult dogs should greet newcomers off-territory, and body language should be assessed and monitored for successful engagements. A stiff posture with the tail held high is a sign of intended dominance and possible confrontation, while a relaxed posture, lowered head/tilted to the side, lowered tail, is a sign of friendliness. Because of its strong independent nature, it thinks twice upon receiving commands. Not recommended for first-time dog owners, or people who do not understand natural dog behavior or who do not wish to have a serious guard dog. Companion dog owners should be prepared to spend a fair amount of money on good fencing and a lot of time on socialization and maintaining the human’s pack leader status over the dog. The Armenian Gampr needs a firm, but calm, confident, consistent owner.

New practices of line-breeding and crossing related breeds into the Gampr gene pool have resulted in an increase in some hip joint malformation and overly straight hocks. No other health problems are known to occur except on very rare occasions. Some owners have found that the Gampr does well on a raw diet.

This breed of dog is best suited to a family or family farm, with lots of space surrounding the home where it can safely run free in an open area. The Gampr is nocturnal, and naturally has a desire to explore/patrol at dawn and dusk. Greatest activity is generally between 4:00 a.m. and 8:00 a.m., and at dusk. Young dogs that are learning to work with livestock should be kept out of the livestock area at these times to minimize chances of rough play with stock, and ideally will be with stock after breakfast, after 9:00 a.m. If the Gampr is a family dog, these guidelines work well for time spent with children as well. Because it is nocturnal, an outdoor Gampr will possibly bark enough to annoy the neighbors, so if this is a concern, be prepared to bring the Gampr indoors. Of course, a farm guardian will be kept outdoors at night in order to do its job, which may include some barking.

When not working as a livestock guard, it should be taken for a daily, long walk where the dog is made to heel. It should never be allowed to walk out in front of the person holding the lead, as in a dog's mind the leader leads the way, and that leader needs to be the human. Young dogs should not be using stairways, as this can lead to hip problems, and they should get plenty of good exercise on rough terrain. It is necessary to include rough play with other older canines, as this will teach a young dog to moderate its considerable strength, to read another dog’s body language, and to behave in a socially acceptable manner.

About 12-16 years. The Gampr matures more slowly than the average dog, continuing to grow taller until 3 years of age. It fills out physically for several years longer, thickening its frame.

The Armenian Gampr sheds once or twice per year in large amounts. A shedding rake is needed for grooming at this time, unless the dog is at work in the fields, in which case it will rub its coat 'clean' on brush, rocks and trees. The shedding rake is much more desirable and effective. Bathing should be done outdoors, and a hose-end horse shampooing apparatus works well. Bathing can help loosen old hair at shedding time. A healthy Gampr on a raw diet should be nearly odorless.

The Armenian Gampr originated in the historical homeland of Armenia, Western Armenia (now called Anatolia) and the southern Caucasus. Legends embedded in the pre-Christian culture of the Armenian people indicate that the dog became domesticated with the advent of agriculture, when the Neolithic moon- and wolf-deity worshipping cultures gave way to sun- and dog-deity worshipping cultures of Paleolithic times. It was said that the sun god Ar sent his helper, the winged dog deity Aralez, to carry fire in his mouth for the use of humankind. Aralez was also credited with healing wounded soldiers and bringing the fallen back to life with his healing tongue. As Armenians traveled throughout the Caucasus, Persia, Central Asia and Europe, they brought their guardian dogs with them, and spread the breed far and wide. It was said that Tigran the Great was particularly fond of the Gampr, and kept hem near him at all times. Tigran the Great was King of Kings in the last century BC, and united a vast kingdom by treaty, from the Mediterranean Sea to Pakistan. Where humans went, so went the Gampr. During the Soviet rule, many larger and hairier Gamprs were taken and sold into the Red Star breeding program, which produced the Caucasian Ovcharka by infusing the original genetics of the Gampr with some other breeds. After the dissolution of the USSR, Armenia rallied around the remaining gene pool, and began the process of giving an official name to the breed that had been within their culture for millennia. Tigran Nazaryan started the database on gampr.net, which inspired the creation of the Armenian Gampr Club of America. Since then, through the efforts of Violeta Gabrielyan, the IKU has also recognized the original breed of the Caucasus, Trans-caucasus and Armenian Highland (now renamed Anatolia). 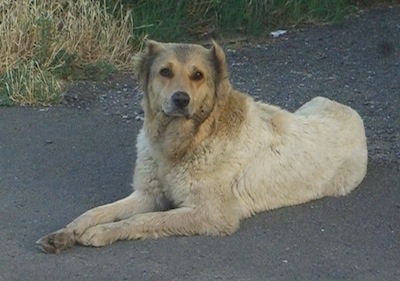 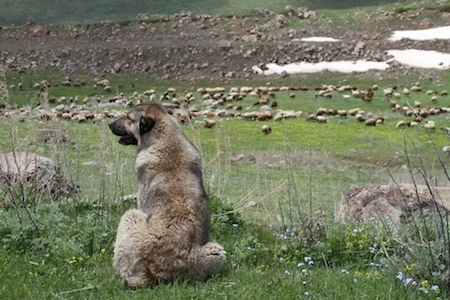 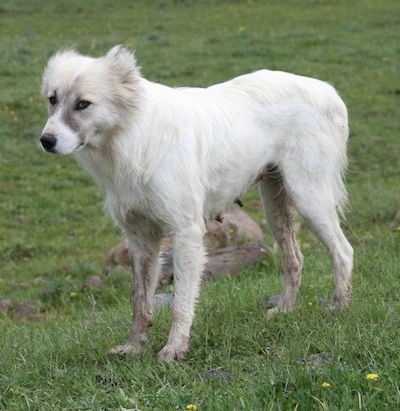 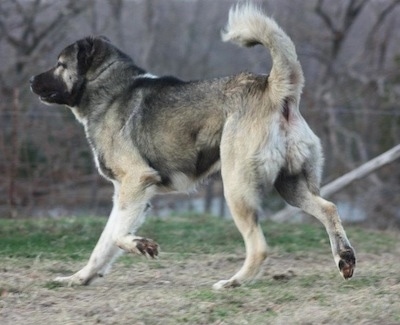 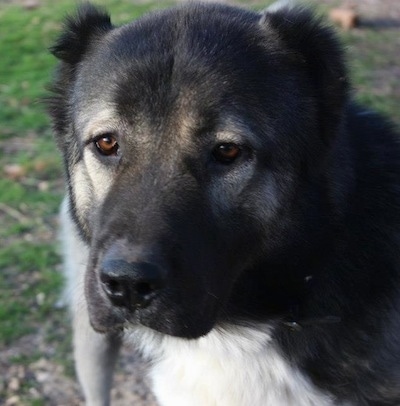 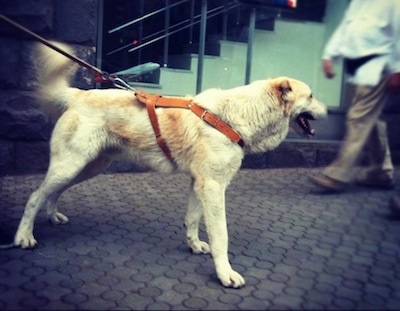 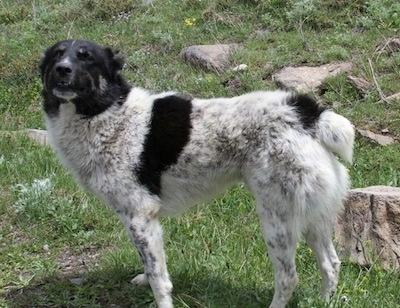 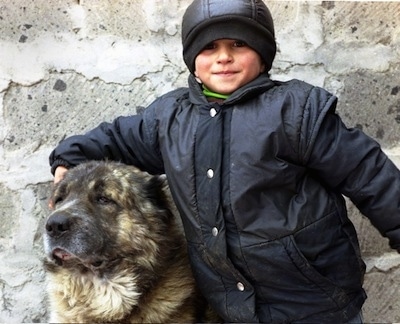 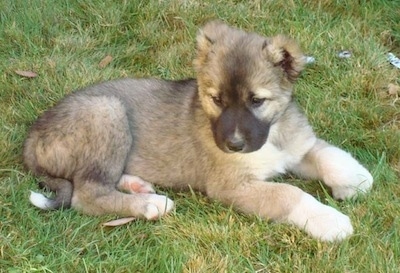 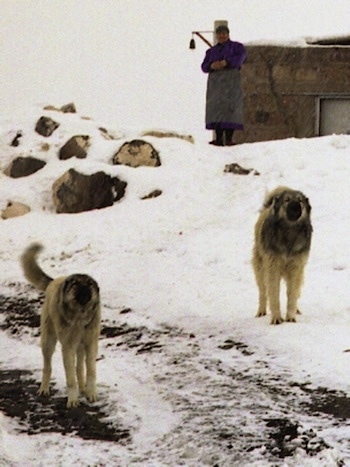 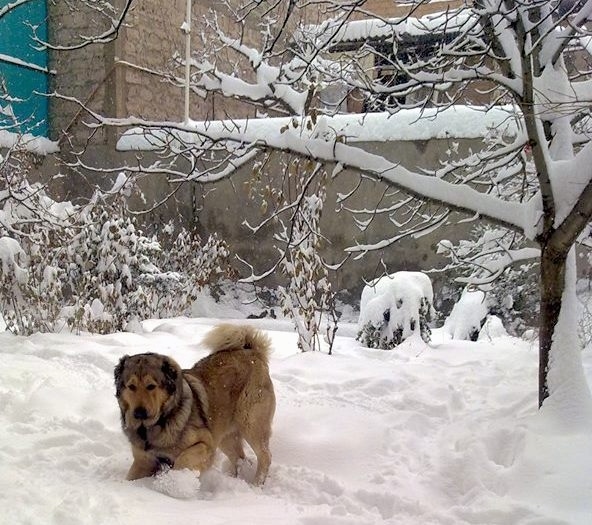 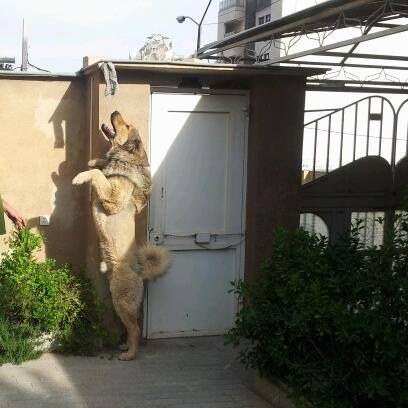 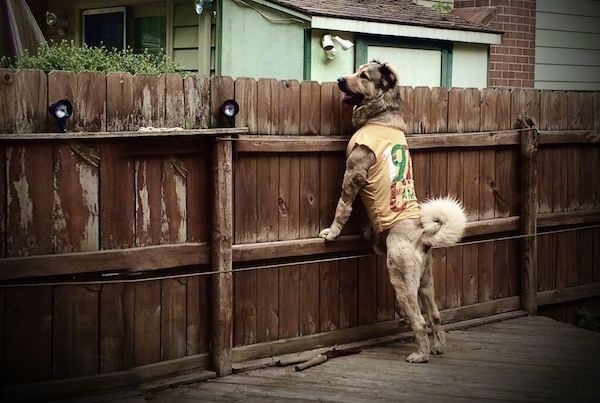 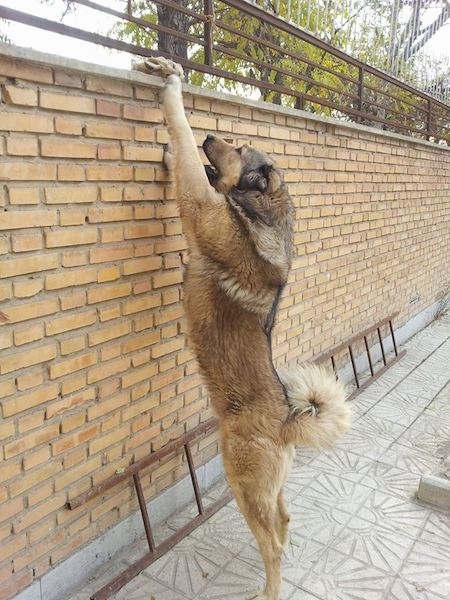 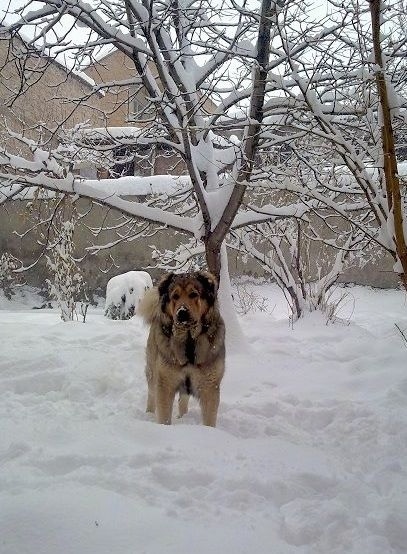