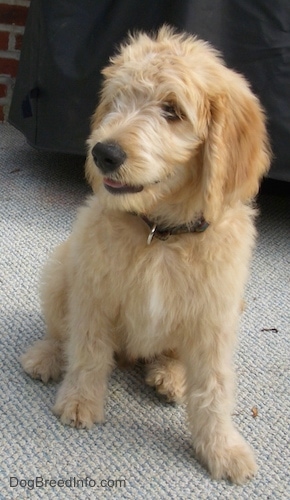 Purebreds and inbreeds often carry genetic disease. Heterosis is a theory in which the phenomenon of crossing two inbred lines can produce descendants with superior genetic foundation. In addition to the absence of inbreeding depressing, present in inbreed and purebred dogs in general, there is some remote inbreeding in any breed. Heterosis is also produced by overdominance, i.e. better combined function of two diverse genes (alleles) on a gene site (locus), compared to two identical (but harmless) ones. This increased health and vigor does not create a superior breed, but the advantages obtained from it are what produce hybrid vigor. This goal in this scenario is not to create a new breed, but to create a happy and healthy pet.

The heterosis effect results in a healthier, more vigorous dog with a reduced chance of genetic disease. It is well known in all domestic animal breeding that hybrids (50%-50% mixes of two different breeds) will raise the chances of having fewer genetic diseases because all doubling of detrimental effects will stop in the first generation. The genetic term for this is heterosis effect. This effect often gives non-related individuals stronger descendants than inbreeds.

Breeders who breed these hybrid dogs have stated their goal was to get healthy and happy dogs without genetic problems. Most breeders crossing with the poodle are looking for a soft, silky, non-shedding coat good for allergy sufferers.

The purpose of these hybrids is not and should never be to develop a new breed. Once one goes beyond first-generation purebred to purebred, you lose the heterosis effect, which is the goal for most hybrid breeders. The mother should always be the bigger of the two, to avoid puppies getting too big and complicating the delivery for the mother. Heterosis is said to not only occur in the first generation, but also mating to a non-related hybrid of same (or other) type will also show this effect, though the aspect of the offspring will be different. The hope is that the dogs will get the benefit of the greatly demanded heterosis effect, and avoid genetic diseases that are common among purebreds and inbreeds.