Stopping Fights Among your Pack 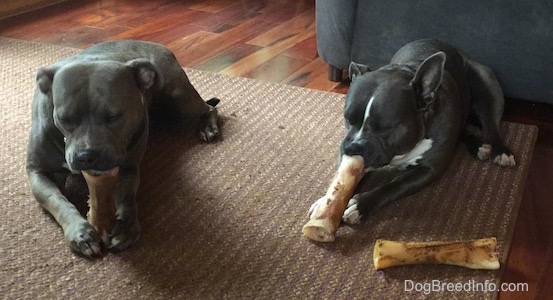 I was asked by someone who owned three dogs how to stop one of the dogs from fighting with the other. This situation is usually not a simple do one thing answer. It often requires a pack structure overhaul for all humans. You must learn which dog is starting the fights. It's not always as it appears. Sometimes there are silent challenges you do not see. The humans have to get their timing correct to tell the offender you do not agree. You must earn the respect of the pack as their leader. Without that respect telling them you don't agree with fights won't mean anything to them.

We adopted an adult Pit Bull from a city, high kill shelter. At first the dog would attack our other dogs. A few months later they were all getting along very well. It can be done. 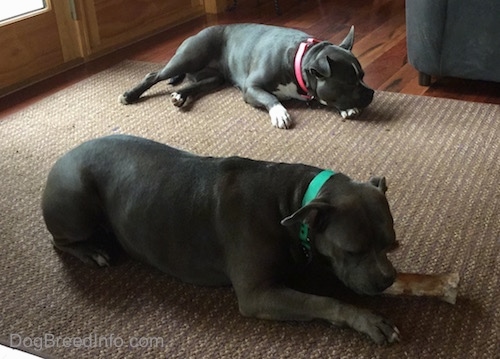 My two dogs were in the same room. One of the dogs was chewing a bone. The dog with the bone, who happened to be the new rescue Pit Bull, let out a small growl. One would think that dog was starting a fight, but if you looked closer you would see the other dog was laying down near the dog with the bone staring her down. Staring down a dog can be a silent challenge. The dog without the bone was silently challenging the dog with the bone. Who do you correct? You correct the dog who is being disrespectful. One dog cannot be allowed to stare down another in a challenging way. It means something in the dog world. In this situation to correct the dog who growled would be like a human child constantly poking their sibling when no one is looking and when the kid who is being poked says, "stop" the parent yells at the kid who spoke up and told the harasser to stop. I told the dog who was challenging the other to leave, back away and stop challenging. But keep in mind that a dog staring does not necessarily mean the same thing in all situations. For example a dog may stare at another dog right before he play bows to start a play session. You must learn the difference. 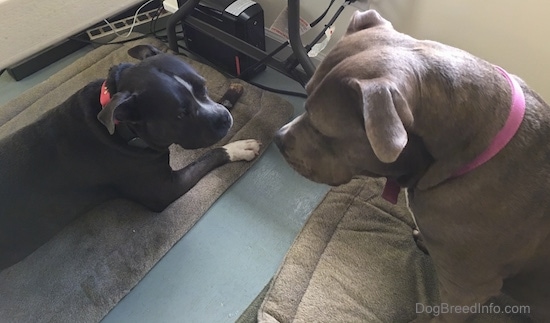 Later, on another day, the opposite happened. The rescue dog was the one who did the staring down. In this case I sent the rescue away from the dog with the bone. "Go" with a body block and a point of the finger. The rescue dog left to find her own bone. When dealing with dogs there should never be a favored dog. Each situation needs to be delt with individually on a case by case basis. The rules should apply to all equally regardless of the dog's size or breed. A toy dog should not be allowed to harass a big dog and vise versa.

On the other hand you must always remember the dog with the bone does not own that bone. He just happens to have dibs on it at the moment. When he stops chewing the bone it's fair game for others to chew. The dog with the bone cannot be allowed to sit and guard the bone. Just like a ball on the playground at recess in a school yard. No one child owns the ball. Play with it, or let someone else play.

To get dogs to stop fighting the first step is to learn the language of the dog and know what things mean to the dog, what the dog is saying and how to speak back. At the same time earn your respect as the leader of the pack and then ask the dogs for that same respect back. Then correct offending dogs with a zero tolerance rule. Learn what a dog’s natural instincts are and satisfy them in order to create balance in the dog's life.

I recommend reading all of these articles to learn to speak dog and how to gain a dog's respect. Even if it seems like the article does not apply to your situation, there will still be a lesson to be learned in it.