Who's more prone to fight, male dogs or female dogs? 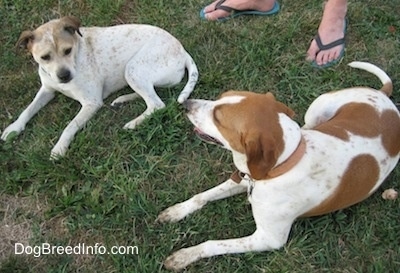 I am often asked which is more prone to fight, two female dogs, two male dogs or a male and female dog? Then the person usually goes on to say they realize that the dogs need to establish which dog is boss but after that, will the dogs get along and not fight?

In neutered males and in females the sex does not necessarily make them prone to fight. All dogs have different dominancy levels within the same breed be they male or female. It's the level of dominancy which effects fighting, not the sex of the dog. Along with dominancy there are other factors that can effect dog fighting such as insecurity, nervousness, and timidity among other traits, which have nothing to do with the sex of the dog. Sometimes these other traits make the dog prone to getting attacked and sometimes the dog attacks out of fear; it's never a cut and dry situation for all dogs, however it is not simply the dog's sex that causes the issue. It is true that if you have two male intact (unaltered) dogs the hormones in the dogs may cause them to be prone to fighting, but that is because it causes them to be more dominant. Once again it falls back on dominancy, not simply because it's a male or a female. There are alpha type females and follower-submissive type females all within the same breed and even within the same litter. That also goes for the males; there are alpha type males and follower-submissive type males all within the same breed and even within the same litter. There are also middle-of-the-road temperament dogs within the same litter. This can be said for all breeds of dogs, purebreds and mixes. 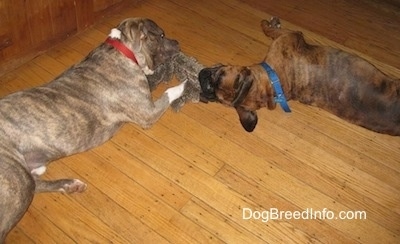 Therefore, if you adopt two alpha females, yes they may want to challenge one another more than you wish they would, but had you chosen an alpha male and an alpha female the same thing would most likely have happened.

A dog should not be allowed to dominate another dog. The humans need to be in charge and keep all of the dogs on the same lower level. Do not stand by and allow one dog to boss another around. Step in and let it know there will be none of that in your home. The humans must be in charge, not the dogs. 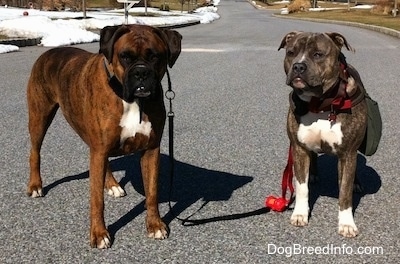 All humans must be above all dogs. It is important that all of the humans living in your home show leadership to all dogs. You may end up with some unwanted behaviors if some of the humans allow the dogs to be boss over them. 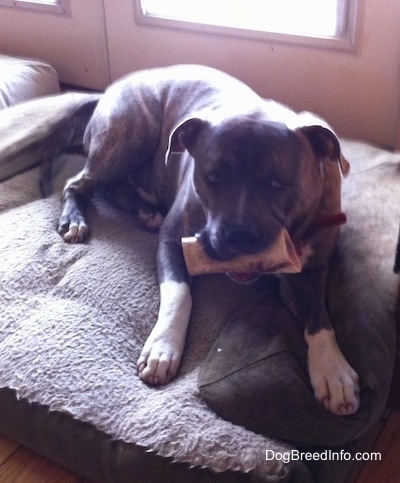 I have four dogs and if one of my dogs even gives the hint of dominating another I step in and let them know it's not accepted. Therefore my dogs rarely try to dominate one another. If I see it, I stop it immediately. It is to the point where if I simply make a sound of displeasure such as an "attttt!" or "hey!" the dog that was about to steal the other dog’s bone, for example, knows it was directed at him and walks away, giving up on stealing the bone. If the dogs are eating and one dog finishes that dog knows not to steal another dog's food. They simply walk away when they are finished and allow the others to finish with no pressure. 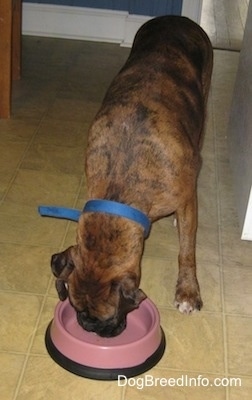 Once you allow one dog to boss around another dog you are not only opening up the chance for that dog to challenge you next, but there's a good chance that dog already sees you as lower in the order and the other dogs just might be fighting for the top spot, placing the humans below them. Dogs within the same home should be made to see themselves on an equal ground as one another, and always lower than the humans. Sadly, in a lot of homes the dogs are above the humans. In a lot of cases the humans do not even realize it.

Remember to keep your pack stable by learning natural dog behavior and fulfilling your dog’s instincts. This alone will have a huge impact on the way your dog behaves. Not all unstable dogs fight so even if you do not have fighting issues it is important to learn about natural dog behavior to ensure your dog is instinctually satisfied. A stable dog is a happy dog.

Read more here: Why dogs must be followers. With humans in the leadership role and a submissive dog - can the dog be happy?