Whelping a messy litter of pups

MESSIER than normal.... Some litters make minimal mess; this one was very messy. It had me a little worried but all is 100% fine. 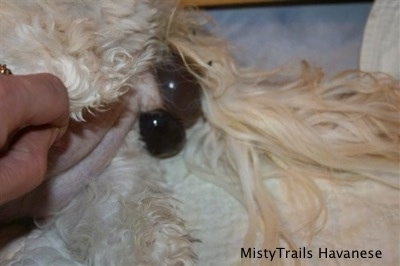 Two horns, both trying to come out first—she broke them both so that sped up the decision; they then could retract back and one pup could decide who is to come first, as both cannot come at the same time. 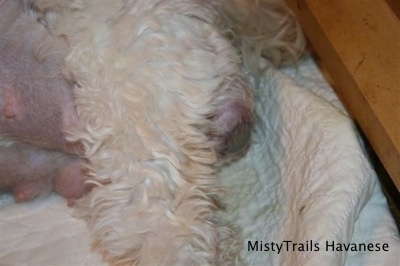 Presentation of the first pup; it took LOTS of pushing to get it here, but that is as far as she could get on her own. She almost needed an episiotomy because it would only come this far; she would push, and back in he would go. 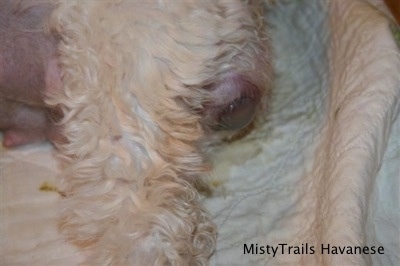 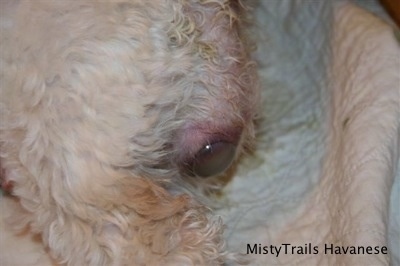 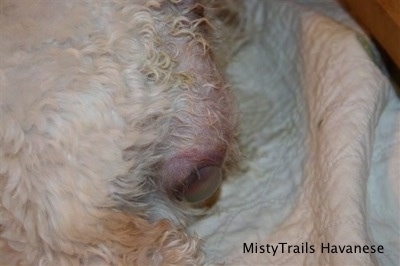 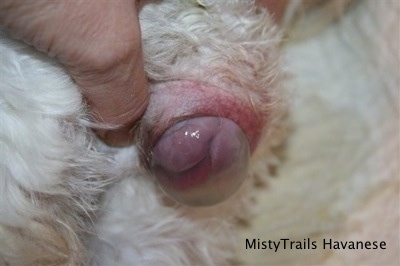 I had to help get the head out. The tongue was still pink so no worries yet. 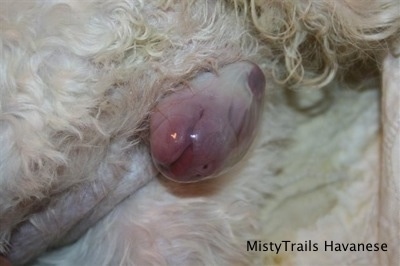 The head is out, yippee! The sac is still on. I will now break the sac get the puppy going, and then try to get the rest of the body out. Kinda neat, he is in a bubble. 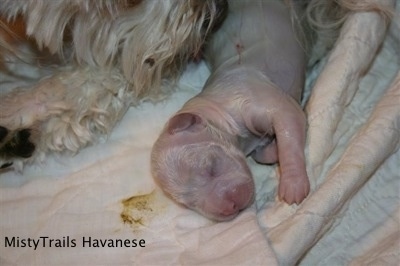 A white male is OUT. He weighs 9 oz. I properly removed the dewclaws, did the cord care, and then he was nursing. 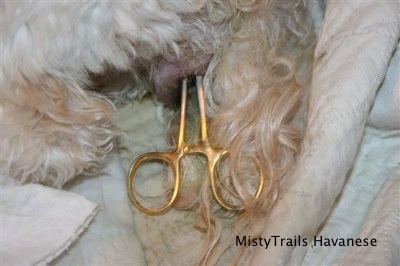 I have a hold of the placenta, but the hemostats sucked back inside of the dam. This is fine because I want to make sure I get four placentas out. 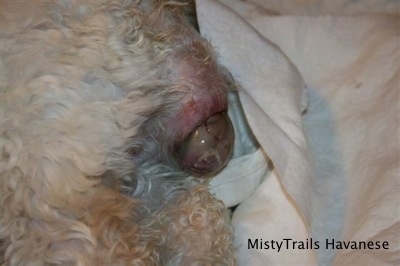 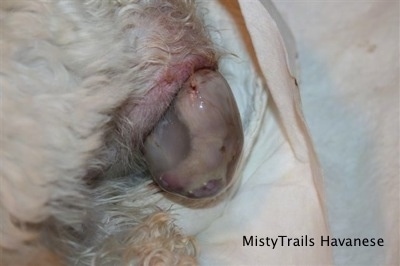 This is about as far as she is able to get him out on her own. 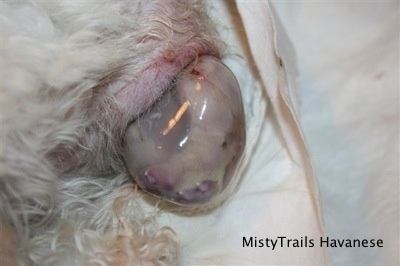 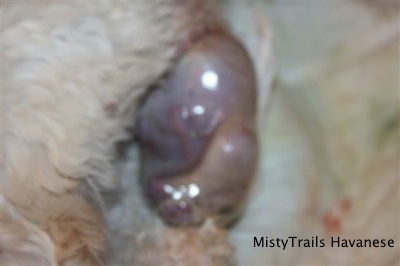 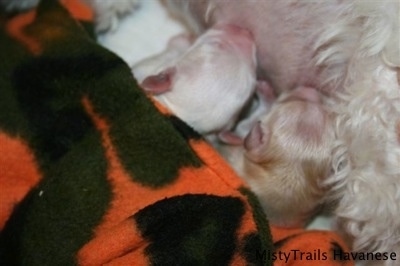 Both pups are under a hot rice pad, both nursing. 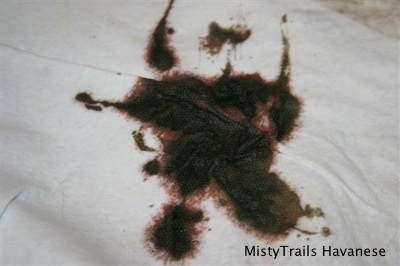 OH YUCK. Green discharge. I don't like this. The third pup is taking an HOUR to get out. I am starting to worry. 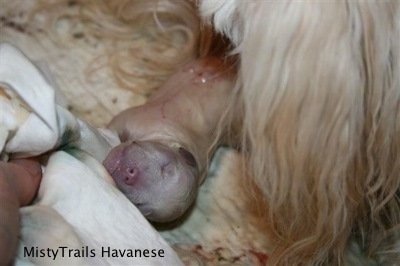 Finally boy three comes, weighing 7.5 oz. It was fairly easy to get him out, but messy. 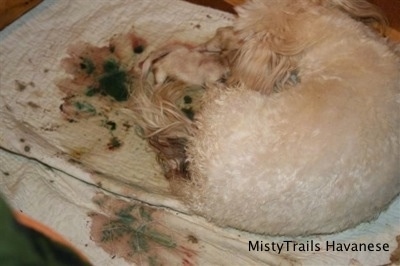 Told you he was a MESS MAKER! I had to work to get him out. I am not sure what happened, but I knew I had limited time if this green meant his placenta detached. 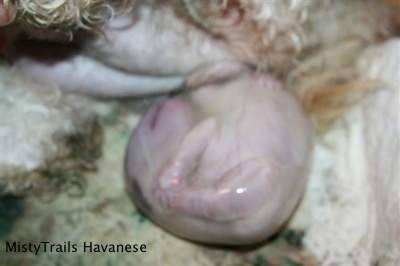 After another hour pup number four arrives weighing 8.5 oz. This pup was fairly easy. He is still in the sac in this picture. 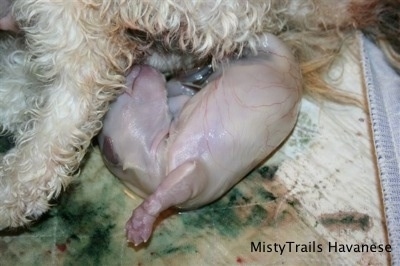 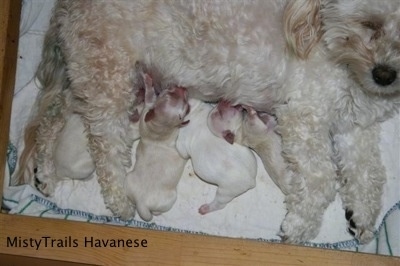 All is happily ever after...xo. All cleaned up and Mom is happy.