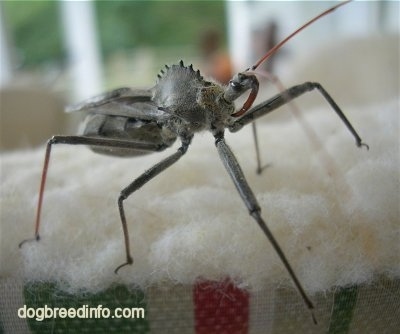 The wheel bug is a type of assassin beetle. This brownish-black bug is about one inch (25.4mm) long and looks like it is wearing a small suit of armor on its back. It has multiple eyes and long antennae which are constantly searching for prey. The distinctive semi-circular crest behind the head resembles half a cogwheel. It makes a chirping sound by rubbing the tip of the rostrum back and forth over transverse ridges on a longitudinal groove on the prosternum. When flying, it produces a buzzing sound. It has two red-orange scent sacs in its anus that it will spew if it has been startled or scared. The scent can be smelled by human noses, however it is not as strong a smell as the one a stink bug produces.

It is considered a beneficial insect right along with the lady bug and praying mantis.It preys on other pest insects such as aphids, honey bees and caterpillars by holding them with its front legs and jabbing the victim with its sharp beak. The prey is injected with paralyzing enzymes that dissolve the insides before it sucks out the body fluids.

The wheel bug lays 40-200 barrel-shaped eggs on twigs and other surfaces once a year. After the eggs are laid the female eventually dies. The eggs are cemented together in a mass that looks like a honeycomb. The eggs hatch in May-June. The hatchlings are called nymphs. Young nymphs have red and black patterns; older nymphs resemble adults but lack fully-developed wings. One generation is produced annually. Shortly after they hatch they begin looking for prey. They will molt several times as they grow. By late summer they are adults, ready to mate and lay eggs. Wheel bugs have been known to eat other wheel bugs including the female eating the male after mating.

Caution should be taken around this bug as it does bite. Its bite hurts worse than a bee sting and can take months to heal. Bites are usually localized without any serious effects. Orchard workers are sometimes bitten when the bugs are shaken from trees during collection and land down shirt collars or exposed skin areas.

These bugs should be avoided; if you feel you must handle them, they should be handled with caution. Don't be too scared of wheel bugs, they move and fly slowly, and they are not going to jump out and attack you. They will only bite if they are threatened or cornered. Avoid them and they will avoid you. Remember, they eat other bugs and are considered to be very beneficial to humans. 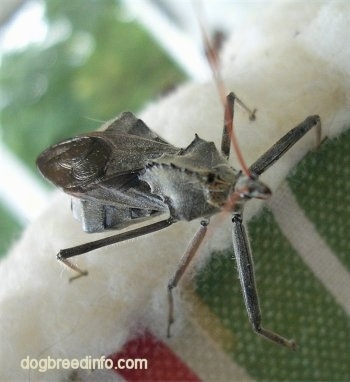 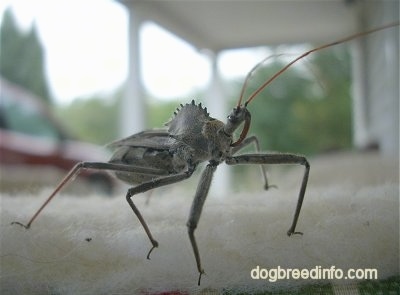 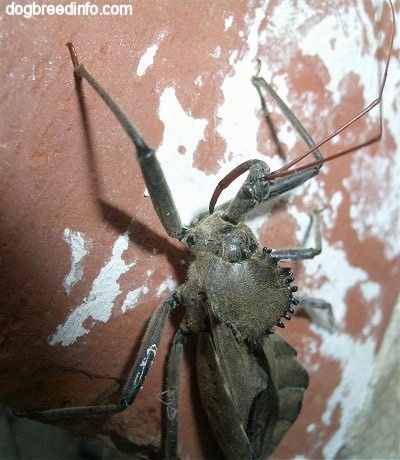 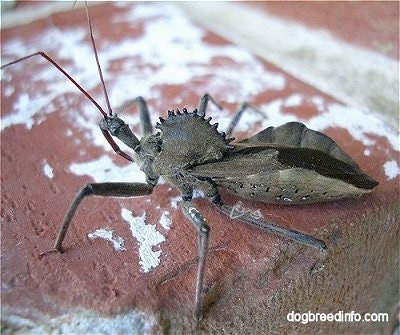 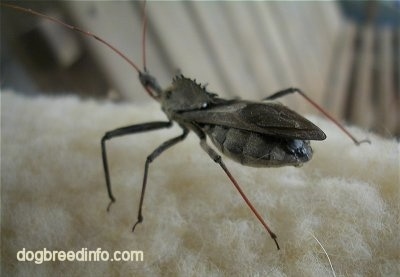 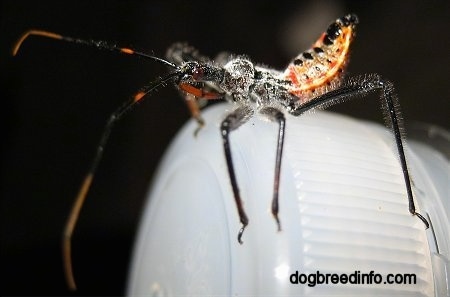 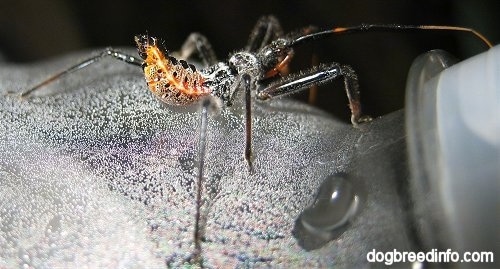 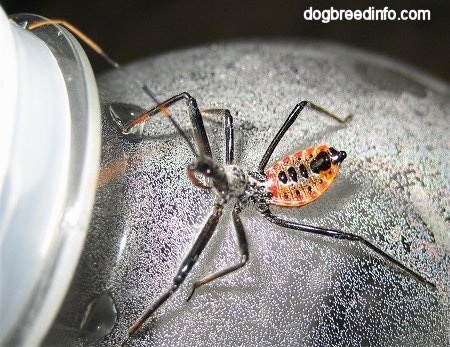