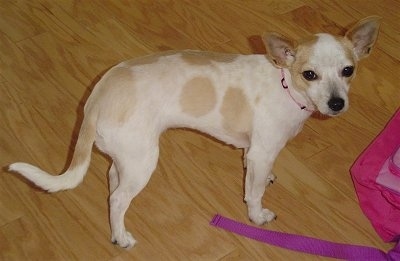 Keely the Chihuahua / West Highland White Terrier F2 mix at 10 months old—"At 1½ years old, she weighs between 8 - 9 pounds. She's very affectionate, loves to cuddle, and is very shy of strangers. I thought a lot of the Chihuahua characteristics would blend with the Westie characteristics, but not so; she has the attitude, demeanor, and personality of a Chihuahua...and the big ears!!"

The Chestie is not a purebred dog. It is a cross between the Chihuahua and the Westie. The best way to determine the temperament of a mixed breed is to look up all breeds in the cross and know you can get any combination of any of the characteristics found in either breed. Not all of these designer mix dogs being bred are 50% purebred to 50% purebred. It is very common for breeders to breed multi-generation crosses. 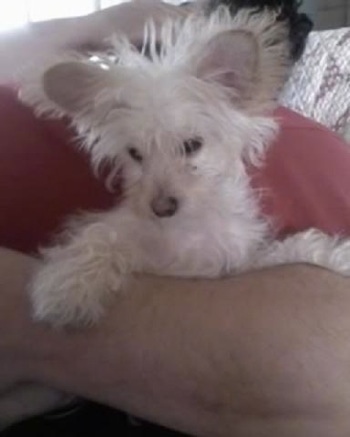 "This is the new addition to our family. His name is Schatzi (“sweetie” in German) and he is the sweetest little love bug! He is a mix Chestie (Chihuahua / West Highland White Terrier). I had always wanted a Westie of my own, based on what I had read about the breed. Then, I found this little guy through a pet rescue and I took one look at his little face and fell in love. When I brought him home, I thought my husband would balk, but he loves him too. Schatzi is 6 months old and weighs 5.6 lbs. He has tried many of the "crazy" antics small dogs try, like: chasing our big tabby, climbing to the highest pillow on the couch to rule like a little king, etc. I have been using some of the techniques of Cesar Millan to help not let him develop "small dog syndrome." It is going very well and as a result, even at this young age, he is becoming calm and contented even when left alone. This picture is Schatzi hanging out with my husband watching TV." 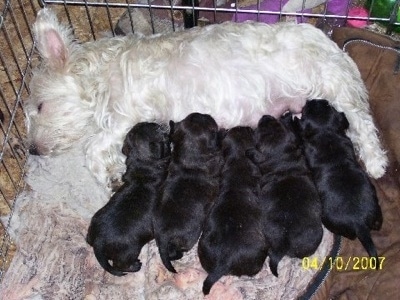 Belle the Westie mom with her Chestie mix puppies—"I bred my Chi and Westie together to see what they would make and came up with the name "Chestie" and as a breeder submitted the name to the ACHC. I had three litters and they all look the same, give or take the white markings. I had a total of 11 pups. Only one came out with white on her face. They all came out with the long hair of the Westie. All are black brindle, some with white some without. The mom is the Westie and very typical and the dad is a very large Chihuahua, three times the normal size. People joke that he is the world’s largest Chihuahua and he is a reddish brown." 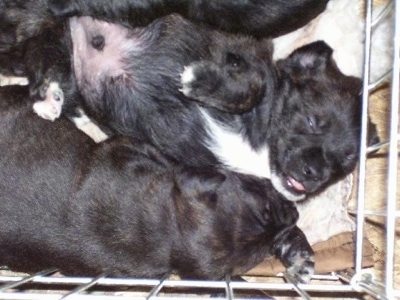 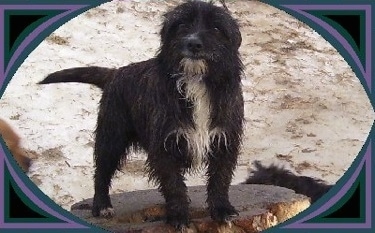 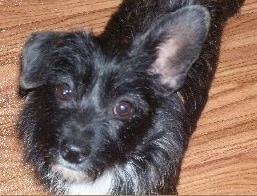 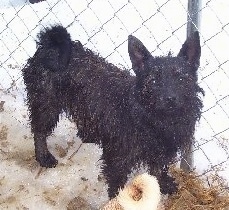 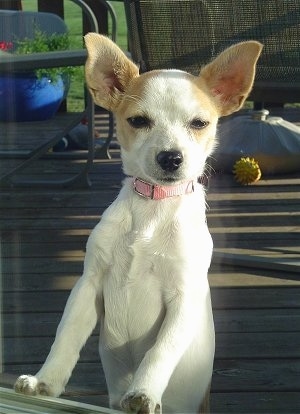 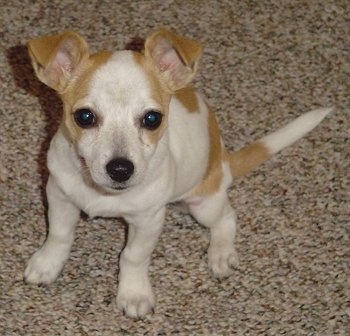 "Keely the Chihuahua/ West Highland White Terrier F2 mix puppy at 4 months old, weighing 4 pounds—her mom is the same cross as she is and so is her dad. Her mom is about 8 -10 pounds and looked exactly like her. Her dad is about 5-6 pounds. Her breeder expects this littler that Keely came from to be about 5 - 6 pounds as well. This father and mother usually have small dogs when they're full grown. We think she has a Chihuahua face, but I guess that can change as well." 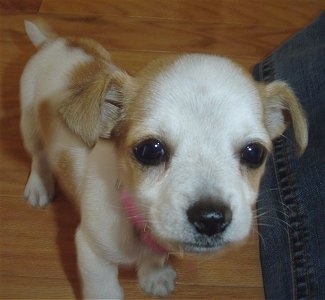 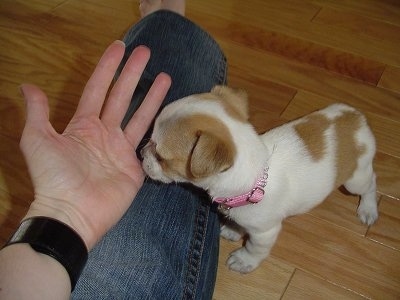 See more examples of the Chestie