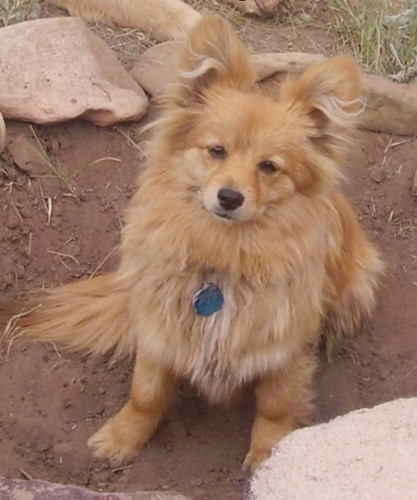 "I adopted Pipsqueak from our local Humane Society when she was only 5 days old. Her mother was a Corgi who died giving birth. Pip was the only puppy who survived. I don't know much about her father, except that he was a Pomeranian. Pip loves to chase big dogs, swim in the river, chase bug shadows, and chew on anything plastic!. This is Pipsqueak checking out the fire pit while camping in Colorado."

The Corgiranian is not a purebred dog. It is a cross between the Pomeranian and the Corgi. The best way to determine the temperament of a mixed breed is to look up all breeds in the cross and know you can get any combination of any of the characteristics found in either breed. Not all of these designer hybrid dogs being bred are 50% purebred to 50% purebred. It is very common for breeders to breed multi-generation crosses. 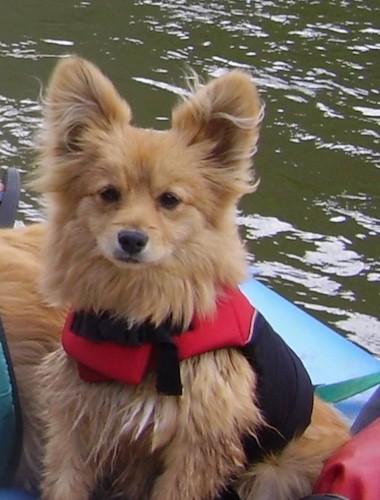 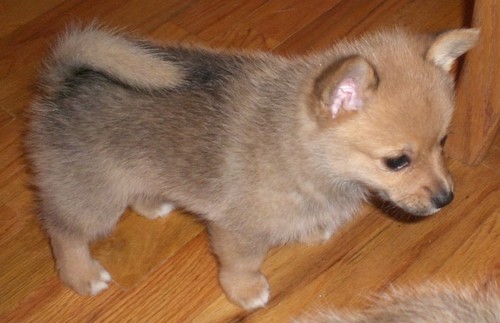 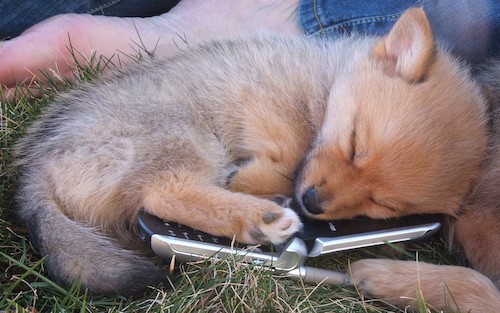 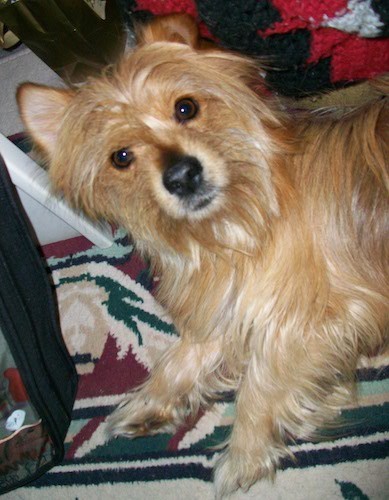 "His name is Harley. He is a 2-year-old Pomeranian / Pembroke Welsh Corgi. Harley weighs 13.8 pounds and gets lots of exercise. He loves playing with my other Border Collie dog and my two cats and our neighbor's Shih-Tzu dog. He vary much loves to play with squeeky balls and ropes. His bad habit is he does not eat his food over his dish so he gets crumbs all over the house. He is bad with small children and can not be trusted . He is vary friendly to teenagers and older people." 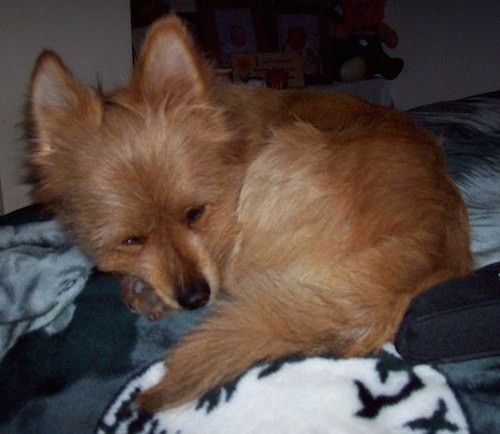