Monster the male Chug (Chihuahua / Pug mix breed)—"His previous owners affectionately called him a “little monster” when he was a puppy and the name stuck. Monster is very playful and loves attention and walks. He’s a classic Chug if there ever was one." Dougie the Chug (Pug / Chihuahua mix breed dog) at 6 years old—"Dougie is playful. He gets lonely when he's alone." Benji the Chug as a 7-month-old puppy 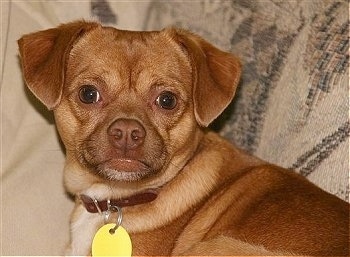 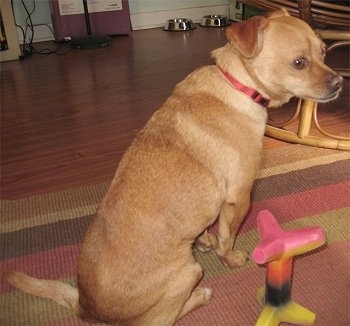 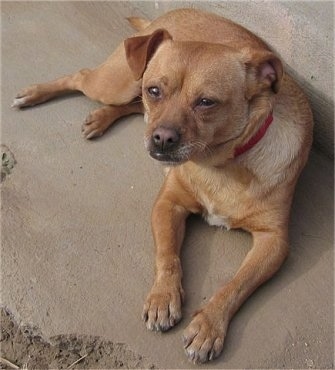 Boomer the Chug (Pug / Chihuahua mix breed dog) at two years old—"He was rescued from a shelter at 7 months old. He's tons of fun, very loving, and has the cutest curly Pug tail." 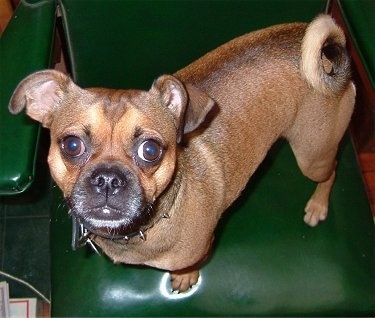 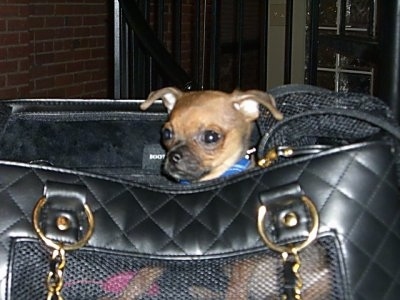 Monster the Chug puppy (Chihuahua / Pug mix breed) as a puppy at 13 weeks old, weighing 3½ pounds inside a hand bag