Adopting a Dog with Epilepsy 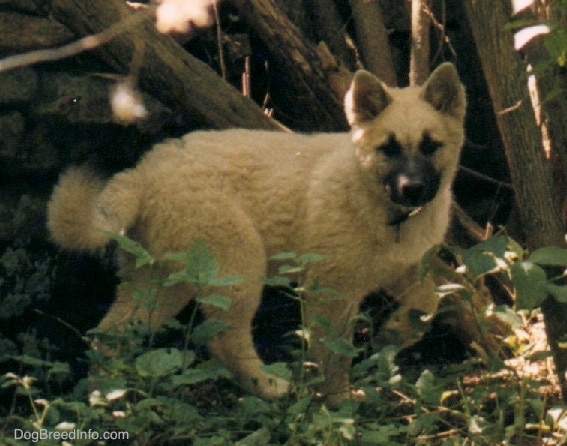 A good number of years ago we rescued our Husky/Shepherd mix, from the pound. It was his last day. We named him Bear, but never stopped calling him Puppy, or should I say, Puppy-Dog, as he is often affectionately called. He was about six months old and a real cute fluffy little thing. It was unknown why his previous owners took him to the pound. But there he was, waiting for someone to take him home. On the car ride home he got car sick. In fact, every car ride we took him on, he got car sick. He dripped from the mouth and threw up. We tried giving him medicine for car sickness, but it did not work. So we knew he got car sick; we could handle that. But there was something else about our cute little puppy that we did not know and we would not discover it for quite some time. 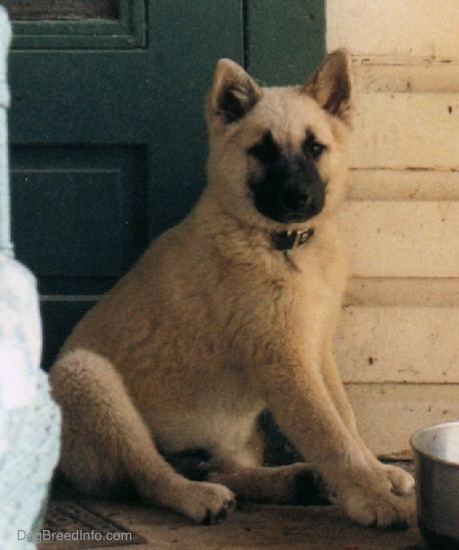 My husband and I both worked during the day, leaving our two dogs home together. We would often come home to a wet mess on the floor along with some poop. The wet spot did not smell or look like pee, but I would always assume that is what it was. It was a bit strange, because it seemed more like drool, but Huskies do not drool and it was always next to some poop.

One Christmas morning while opening gifts, I helped our dogs open a big bone. Puppy got so excited when I gave him the bone. He lay down on the floor and started to chew it. He then got up with great excitement and started to playfully run around the house. In doing so, he ran right into a piece of furniture, banging his head hard. He then started to shake and drool. I thought he was choking. I tried to do the Heimlich maneuver, to no avail. Then I tried to open his mouth to see what it was he was choking on. I could not see a thing, so I reached my hand down his throat and tried to free his airway. I felt nothing at all, but he was still shaking and drooling. I carried him to the car and rushed him to the animal emergency room. By the time I got there Puppy was just fine. Happy as could be, I did not know what to make of it. I sat down in the waiting room and told everyone else who was sitting there what had just happened. One guy said to me, "It sounds like he just had a seizure. There is nothing this place can do for that and they are going to charge you $50 just for walking in here, let alone looking at him." Suddenly it all made sense. Puppy was having seizures. I looked at my seemingly very normal, happy dog, thanked the guy and went home. The wet spots on the floor, the way he acted in the car; all this time, he was having seizures! The next day I took Puppy to our vet. I was so scared they were going to come back and say he had a brain tumor or a liver disorder or something to that effect. The tests came back and I was informed he did not have a brain tumor or any other medical condition like that. He had epilepsy. I was very relieved, but I still did not know what life was going to be like for Puppy. 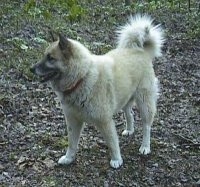 At this point I was home with our first baby and Puppy was not having that many seizures. I think the stress of my husband and I both being gone all day was making him have a lot of them. But now that I was home, he was not having as many. Only about one every month or so. We decided to keep him off of medicine as long as possible. Being on the medicine can affect a dog's liver after a while. When Puppy has a seizure, he does not shake too terribly. Just enough to know something is not right. He lies down on the floor, drools and loses control of his bowels. I would sit with him and hold him until it was over.

As time passed his seizures became more frequent (a few times a week), and we decided the medicine was in order. Puppy was prescribed phenobarbital 30 mg every 12 hours. This helped him tremendously and he did not have a seizure for a long time. We were warned that after his body was on the medicine for a long time, he may become a little immune and we may need to slowly raise the dosage as he got older. I asked our vet how we would know if we needed to raise the dosage. The vet replied, "You want to keep him on as little as possible. If he is not having seizures, he is on the right dosage. If he starts having them again, you will need to slowly raise the dosage until he does not have them anymore." The medicine was surprisingly cheap; only ten dollars for a month's supply. Things were going to be okay after all. 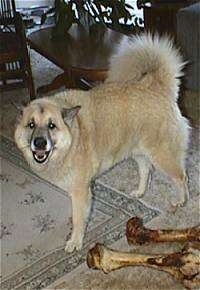 Over a period of eight years we did have to raise Puppy's dosage a few times. He is now on 60 mg every 12 hours and he is doing wonderfully. Giving him his medicine just seems like a part of life. I don't think much of it at all. It is like feeding your dog every night. You just get used to it. Puppy LOVES taking his pill. To him it is better than a bone, because I always put it in some kind of food, such as cheese and he just eats it right down. If I say to Puppy, "Want your pill?" his face lights up and he runs to the  kitchen. Puppy has not had a seizure in years. As long as I give him his medicine, he is just fine. 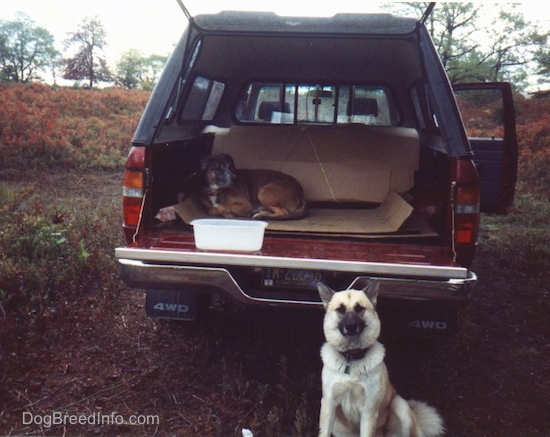 His car sickness has slowly and mysteriously disappeared over the years as well. We travel a lot and our dogs always come with us. Back when Puppy would get car sick, we had a minivan or a pick-up truck. We would line the back with cardboard and would just clean up his mess; it was better than leaving him home for a weekend. Once we would arrive at our destination (camping), Puppy would be in heaven. Seeing him run free though the woods, trying to chase anything that moved made up for the car sickness trouble. I think the medicine has contributed greatly in the slow disappearance of the car sickness. Seizures occur when the brain activity quickly rises (stress). Puppy is not only used to long car rides, but his medicine, which is a downer, (no wonder he is so mellow :)), keeps his brain levels from jumping. This is what prevents his seizures. 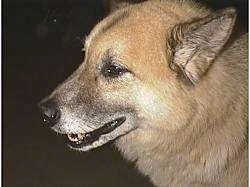 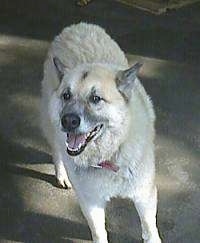 Today Puppy's epilepsy is under control and he is the most gentle and wonderful dog, so happy, calm and mellow. So friendly, he does not even bother to bark at the door. He is not dog-aggressive and while he does love to chase other animals, when and if he catches them, he does not know what to do with them. He will chase a cat and if he catches up to it, he just smells it. I would not trade Puppy for the world, epilepsy and all. As much as we went through in the beginning with his seizures and car sickness, I would do it all over again. Puppy is now twelve years old and you could not ask for a better, more obedient pup! 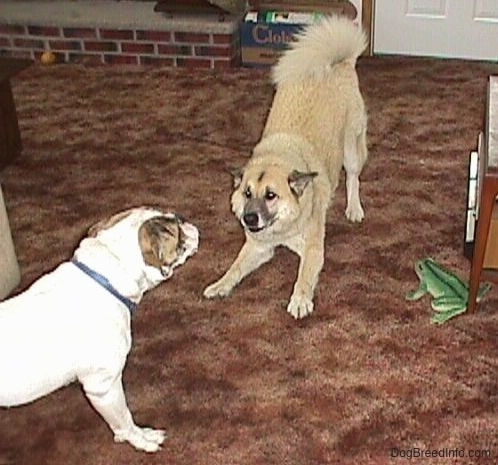 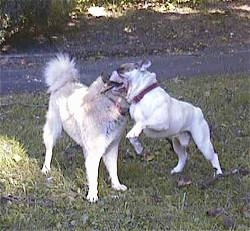 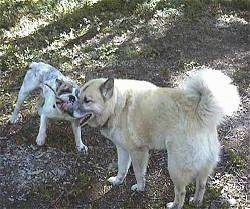 Even at the ripe old age of 12, Puppy still loves to play!