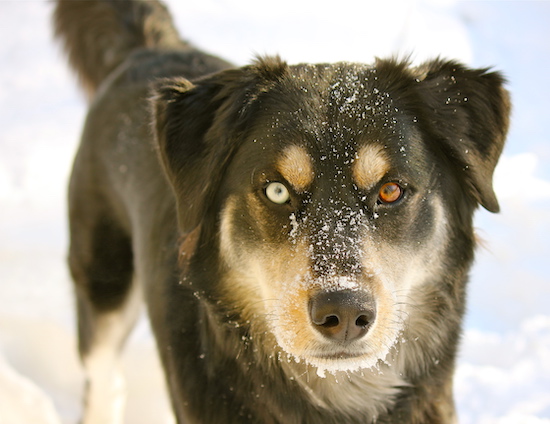 "This is Denali my Goberian at 15 months old. He is a trained PTSD Service Dog."

The Goberian is not a purebred dog. It is a cross between the Golden Retriever and the Siberian Husky. The best way to determine the temperament of a mixed breed is to look up all breeds in the cross and know youcan get any combination of any of the characteristics found in either breed. Not all of these designer hybrid dogs being bred are 50% purebred to 50% purebred. It is very common for breeders to breed multi-generation crosses. 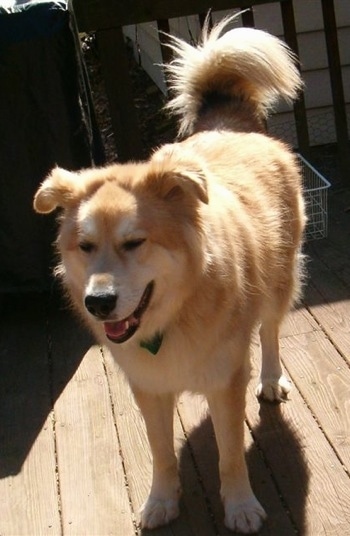 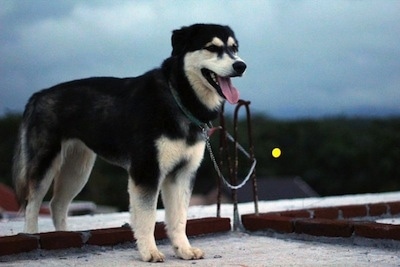 "I took this photo of my dog Mimi on top of the roof at my uncle's house. This is my 1–year-old Goberian. She is just so adorable and very quiet." 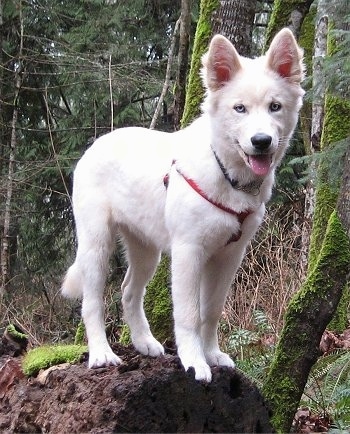 Miya the white, blue-eyed Goberian (Golden Retriever / Siberian Husky mix) as a puppy at 4 months old standing on a rock 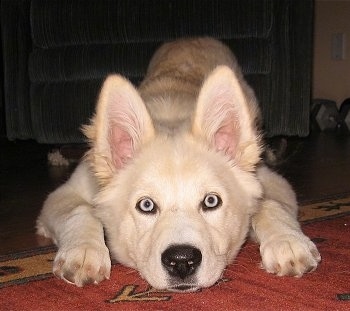 Miya the white, blue-eyed Goberian (Golden Retriever / Siberian Husky mix) as a puppy at 4 months old laying down in the house 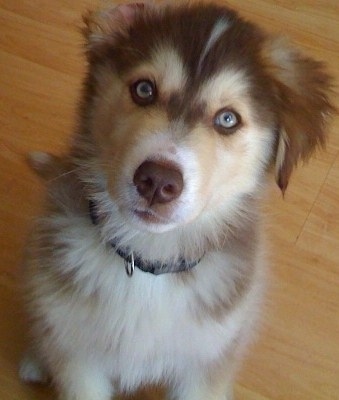 "This is Leon. He is a Goberian, which means his sire is an AKC Siberian Husky and his dam is an AKC Golden Retriever. Ben gets to run along the beach nearly every day and almost everyone that meets him asks what breed of dog he is and exclaims how gorgeous and friendly he is towards them. He's very smart and it took no time at all to get him housetrained. Now he's working on a full arsenal of tricks." 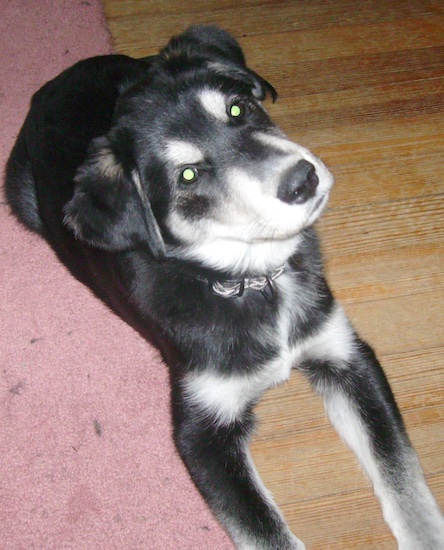 Chief the black, tan and white Goberian (Golden Retriever / Husky mix) as a puppy at about 15 weeks old—"He is one of eight puppies and one of the two boys. He was supposedly the biggest one in the litter. He is around 35 lbs. right now. He has his 16th month check-up on the 15th. I am curious to see how much he has grown in a month. He is a sweet-tempered dog. He is also extremely smart. He has been easily trained, house and in general. His mother was a one-year-old Golden Retriever and his dad was the Siberian Husky. Both were full-breed. His mom's name was Molly and dad was Smokey. Mom was all brown of course and dad was brownish, grey and white." 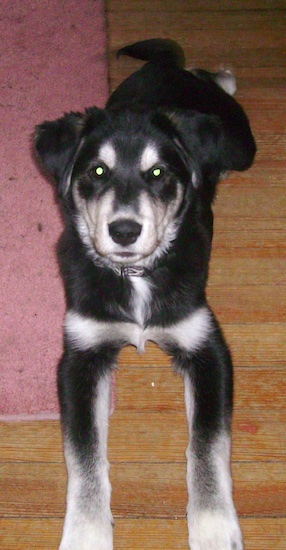 Chief the black, tan and white Goberian (Golden Retriever / Husky mix) as a puppy at about 15 weeks old

See more examples of the Goberian