Pros and Cons of Inbreeding 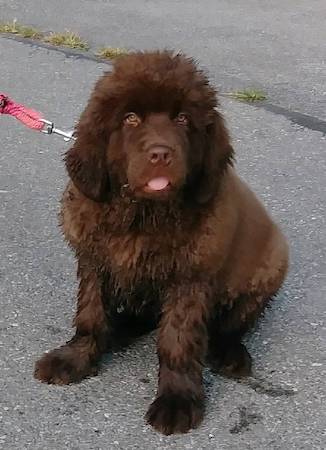 Inbreeding is the mating together of closely related dogs, for example mother/son, father/daughter and sibling/sibling matings. For breeders, it is a useful way of fixing traits in a breed—the pedigrees of some exhibition dogs show that many of their forebears are closely related. For example, there is a famous cat by the name of Fan Tee Cee (shown in the 1960s and 1970s) who has appeared in more and more Siamese pedigrees, sometimes several times in a single pedigree, as breeders were anxious to make their lines more typey. Superb specimens are always much sought-after for stud services or offspring (unless they have already been neutered!), having won the approval of show judges.

However, inbreeding holds potential problems. The limited gene pool caused by continued inbreeding means that deleterious genes become widespread and the breed loses vigor. Laboratory animal suppliers depend on this to create uniform strains of animal which are immuno-depressed or breed true for a particular disorder, e.g. epilepsy. Such animals are so inbred as to be genetically identical (clones!), a situation normally only seen in identical twins. Similarly, a controlled amount of inbreeding can be used to fix desirable traits in farm livestock, e.g. milk yield, lean/fat ratios, rate of growth, etc.

This is not to say that inbreeding does not occur naturally. A wolf pack, which is isolated from other wolf packs, by geographical or other factors, can become very inbred. The effect of any deleterious genes becomes noticeable in later generations as the majority of the offspring inherit these genes. Scientists have discovered that wolves, even if living in different areas, are genetically very similar. Possibly the desolation of their natural habitat has drastically reduced wolf numbers in the past, creating a genetic bottleneck.

In the wolf, the lack of genetic diversity makes them susceptible to disease since they lack the ability to resist certain viruses. Extreme inbreeding affects their reproductive success with small litter sizes and high mortality rates. Some scientists hope that they can develop a more varied gene pool by introducing wolves from other areas into the inbred wolf packs.

Another animal suffering from the effects of inbreeding is the giant panda. As with the wolf, this has led to poor fertility among pandas and high infant mortality rates. As panda populations become more isolated from one another (due to humans blocking the routes which pandas once used to move from one area to another), pandas have greater difficulty in finding a mate with a different mix of genes and breed less successfully.

In cats natural isolation and inbreeding have given rise to domestic breeds such as the Manx which developed on an island so that the gene for taillessness became widespread despite the problems associated with it. Apart from the odd cat jumping ship on the Isle of Man, there was little outcrossing and the effect of inbreeding is reflected in smaller-than-average litter sizes (geneticists believe that more Manx kittens than previously thought are reabsorbed due to genetic abnormality), stillbirths and spinal abnormalities which diligent breeders have worked so hard to eliminate.

Some feral colonies become highly inbred due to being isolated from other cats (e.g. on a remote farm) or because other potential mates in the area have been neutered, removing them from the gene pool. Most cat workers dealing with ferals have encountered some of the effects of inbreeding. Within such colonies there may be a higher than average occurrence of certain traits. Some are not serious, e.g. a predominance of calico pattern cats. Other inherited traits which can be found in greater than average numbers in inbred colonies include polydactyly (the most extreme case reported so far being an American cat with nine toes on each foot), dwarfism (although dwarf female cats can have problems when trying to deliver kittens due to the kittens' head size), other structural deformities or a predisposition to certain inheritable conditions.

Artificial isolation (selective breeding) produces a similar effect. When creating a new breed from an attractive mutation, the gene pool is initially necessarily small with frequent matings between related dogs. Some breeds which resulted from spontaneous mutation have been fraught with problems such as the Bulldog. Problems such as hip dysplasia and achalasia in the German Shepherd and patella luxation are more common in certain breeds and breeding lines than in others, suggesting that past inbreeding has distributed the faulty genes. Selecting suitable outcrosses can reintroduce healthy genes, which might otherwise be lost, without adversely affecting type.

Zoos engaged in captive breeding programs are aware of this need to outcross their own stock to animals from other collections. Captive populations are at risk from inbreeding since relatively few mates are available to the animals, hence zoos must borrow animals from each other in order to maintain the genetic diversity of offspring.

Inbreeding holds problems for anyone involved in animal husbandry—from canary fanciers to farmers. Attempts to change the appearance of the Pug in attempts to have a flatter face and a rounder head resulted in more C-sections being required and other congenital problems. Some of these breeds are losing their natural ability to give birth without human assistance.

In the dog world, a number of breeds now exhibit hereditary faults due to the overuse of a particularly "typey" stud which was later found to carry a gene detrimental to health. By the time the problems came to light they had already become widespread as the stud had been extensively used to "improve" the breed. In the past some breeds were crossed with dogs from different breeds in order to improve type, but nowadays the emphasis is on preserving breed purity and avoiding mongrels.

Those involved with minority breeds (rare breeds) of livestock face a dilemma as they try to balance purity against the risk of genetic conformity. Enthusiasts preserve minority breeds because their genes may prove useful to farmers in the future, but at the same time the low numbers of the breed involved means that it runs the risk of becoming unhealthily inbred. When trying to bring a breed back from the point of extinction, the introduction of "new blood" through crossing with an unrelated breed is usually a last resort because it can change the very character of the breed being preserved. In livestock, successive generations of progeny must be bred back to a purebred ancestor for six to eight generations before the offspring can be considered purebred themselves.

In the dog fancy, breed purity is equally desirable, but can be taken to ridiculous lengths. Some fancies will not recognize "hybrid" breeds such as the white or Parti-Schnauzer because it produces variants. Breeds which cannot produce some degree of variability among their offspring risk finding themselves in the same predicament as wolves and giant pandas. Such fancies have lost sight of the fact that they are registering "pedigree" dogs, not "pure-bred" dogs, especially since they may recognize breeds which require occasional outcrossing to maintain type!

Implications of Inbreeding for the Dog Breeder

Most dog breeders are well aware of potential pitfalls associated with inbreeding although it is tempting for a novice to continue to use one or two closely related lines in order to preserve or improve type. Breeding to an unrelated line of the same breed (where possible) or outcrossing to another breed (where permissible) can ensure vigor. Despite the risk of importing a few undesirable traits which may take a while to breed out, outcrossing can prevent a breed from stagnating by introducing fresh genes into the gene pool. It is important to outcross to a variety of different dogs considered to be genetically "sound" (do any of their previous offspring exhibit undesirable traits?) and preferably not closely related to each other.

How can you tell if a breed or line is becoming too closely inbred? One sign is that of reduced fertility in either males or females. Male dogs are known to have a low fertility rate. Small litter sizes and high puppy mortality on a regular basis indicates that the dogs may be becoming too closely related. The loss of a large proportion of dogs to one disease indicates that the dogs are losing/have lost immune system diversity. If 50% of individuals in a breeding program die of a simple infection, there is cause for concern.

Highly inbred dogs also display abnormalities on a regular basis as "bad" genes become more widespread. These abnormalities can be simple undesirable characteristics such as misaligned jaws (poor bite) or more serious deformities. Sometimes a fault can be traced to a single male or female that should be removed from the breeding program even if it does exhibit exceptional type. If its previous progeny are already breeding it's tempting to think "Pandora's Box is already open and the damage done so I'll turn a blind eye." Ignoring the fault and continuing to breed from the dog will cause the faulty genes to become even more widespread in the breed, causing problems later on if its descendants are bred together.

In cats, one breed that was almost lost because of inbreeding is the American Bobtail. Inexperienced breeders tried to produce a colorpoint bobtailed cat with white boots and white blaze and which bred true for type and color, but only succeeded in producing unhealthy inbred cats with poor temperaments. A later breeder had to outcross the small fine-boned cats she took on, at the same time abandoning the rules governing color and pattern, in order to reproduce the large, robust cats required by the standard and get the breed on a sound genetic footing.

Inbreeding is a double-edged sword. On the one hand a certain amount of inbreeding can fix and improve type to produce excellent quality animals. On the other hand, excessive inbreeding can limit the gene pool so that the breed loses vigor. Breeds in the early stages of development are most vulnerable as numbers are small and the dogs may be closely related to one another. It is up to the responsible breeder to balance inbreeding against crossings with unrelated dogs in order to maintain the overall health of the line or breed concerned.

Adapted with permission from CatResource Archive