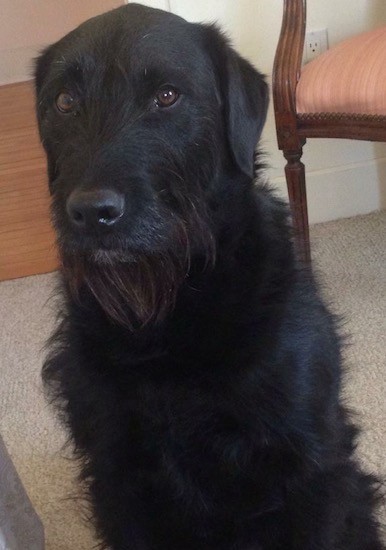 "This is Jameson and he is 9 years old. We adopted him as a puppy and they said he was rescued from Georgia. He’s the most loving dog I’ve ever had, and just always aims to please. He has the best demeanor and is extremely smart. He came in 2nd place in a trick contest. His big tricks are crawling, playing dead and taking a bow at the end of his routine. He loves to swim especially in our pool and loves to play with our son Declan (6 years old). We live at the Jersey Shore across from the beach and he LOVES running on the sand and jumping in the waves. I wish someone would start breeding this type of dog- they could call them LaberDales. Best dog ever!"

The Lab'Aire is not a purebred dog. It is a cross between the Airedale Terrier and the Labrador Retriever. The best way to determine the temperament of a mixed breed is to look up all breeds in the cross and know you can get any combination of any of the characteristics found in either breed. Not all of these designer hybrid dogs being bred are 50% purebred to 50% purebred. It is very common for breeders to breed multi-generation crosses. 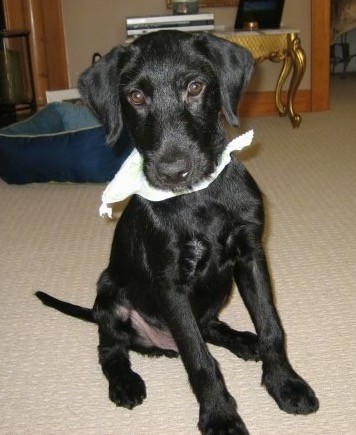 Jameson the Airedale Terrier / Labrador Retriever mix as a puppy 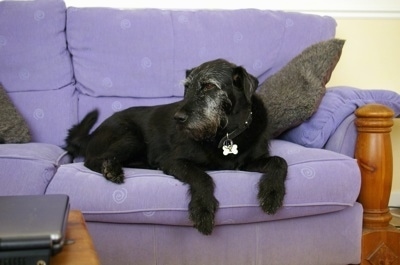 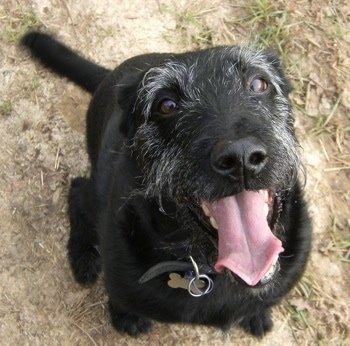 "Oliver is a black Labrador cross Airedale Terrier, shown here at 9 years old. He loves everybody. Seriously. Everybody. I’ve never known a happier dog. You wanna a friend? He’s just happy you're paying attention to him. Medium-sized mongrel of Labrador / Airedale mix, if you've got food, he’ll be your best friend and you'll have his undivided attention. He loves to play and will run all day long; for no reason, just for the pure and simple fact that he loves running. He adores puddles. If there's a puddle, he’ll head straight for it and just run through it. If it's a particularly big puddle, he likes to lie in them. However, he doesn’t like to get out of his depth when swimming—he just tends to paddle on the edge. Oliver will play with anyone; people, big dogs, small dogs, horses, butterflies. He does, however, go mental when there’s a cat in the area...or a squirrel...or rabbit...or any other rodent that is fair game. He’s a bit thick; doesn’t cotton on all that quickly. And has been run over twice—in one sitting (hit by one car, catapulted across the other side of the road and hit again) with nothing but a small scratch to show for it...he’s made of rubber. He has also lost an inch of his tail due his own stupidity of play with a door... He is such a loving animal." 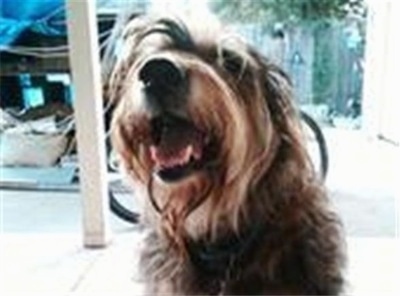 "This is our dog Crispy. He was a wonderful dog, but has passed on now. His mother was a purebred Labrador Retriever and his father was a purebred Airedale Terrier. At the time we didn't know there was such thing as a Lab’Aire. He was a wonderful dog and looked like a shaggy Airedale Terrier. He had all different colors of hair and was a big clown." 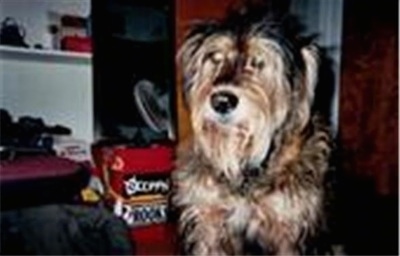 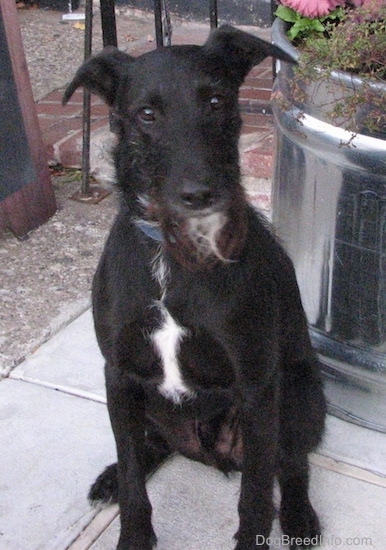 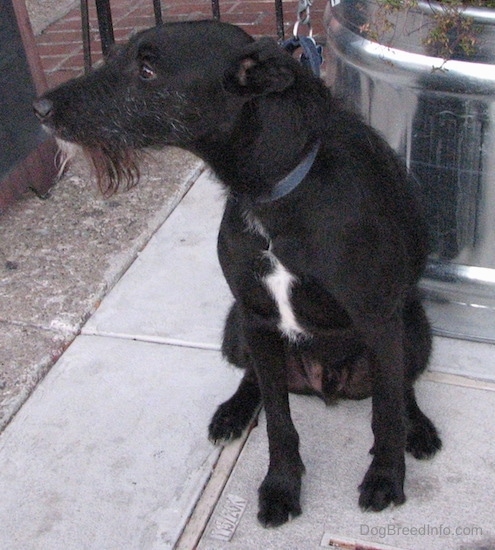 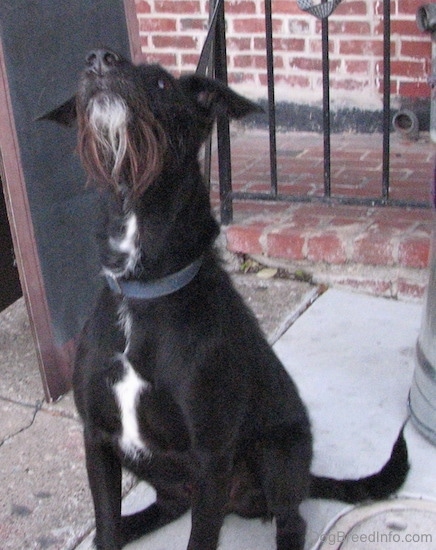 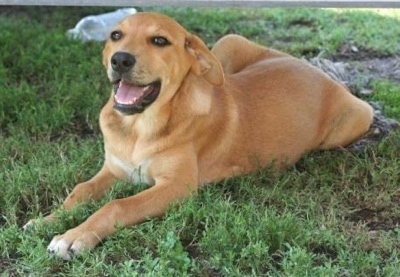 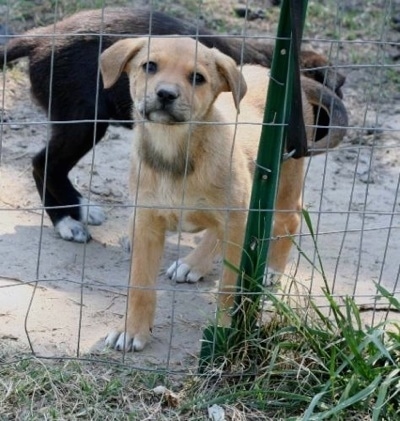 See more examples of the Lab’Aire