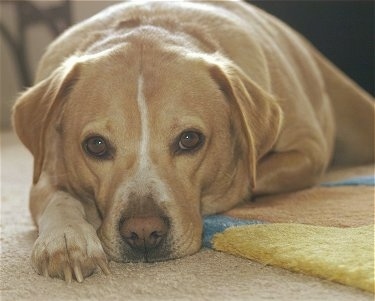 Roo the Lab / Beagle cross (Labbe)—his owner says, "Like a true Beagle, he's got a great nose and can sniff out any raccoon or opossum, and like a Lab, he's very obedient and very easy-going."

The Labbe is not a purebred dog. It is a cross between theBeagle and the Labrador Retriever. The best way to determine the temperament of a mixed breed is to look up all breeds in the cross and know you can get any combination of any of the characteristics found in either breed. Not all of these designer hybrid dogs being bred are 50% purebred to 50% purebred. It is very common for breeders to breed multi-generation crosses. 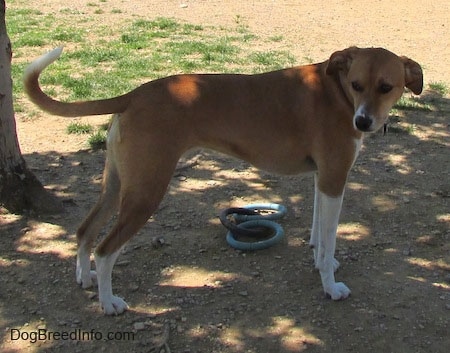 Bella the Labbe at 4 years old 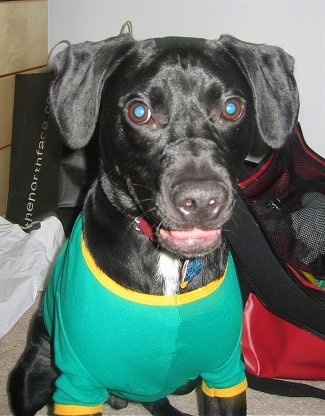 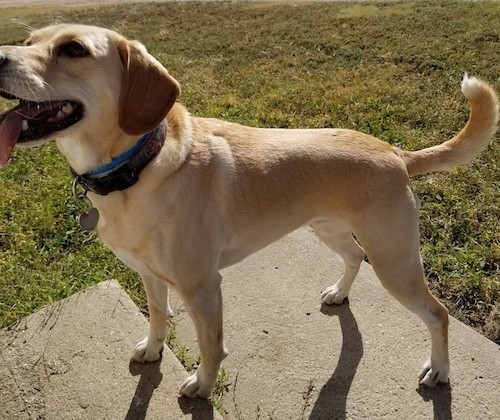 "This spunky little girl is Autumn. She is a four-year-old Lab/Beagle. Great companion for my husband as they have traveled the country in my husband's semi. She is 17" at the withers and is 35lbs." 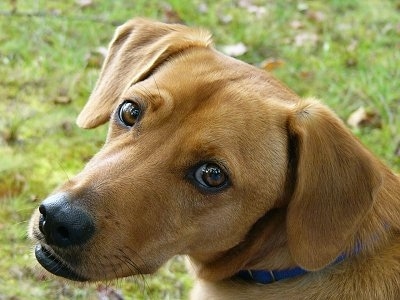 Sandy the 33-pound Labbe (Beagador) at 7 years old—"Sandy was two when we adopted her. She's very loveable, loves to snuggle on the couch, behaves well, has a slight Beagle in her bark, easy to care for, we LOVE the short hair! We have one of those red nubby rubber rectangle mitts that we groom her with, followed by a brush. When we do it once a week, she doesn't shed all over the house! She's very intelligent and LOVES looking out the windows. She's a lady when we go for walks when we use the prong collar, just as a reminder. (We don't even correct her with it; when it's on, she behaves well.)" 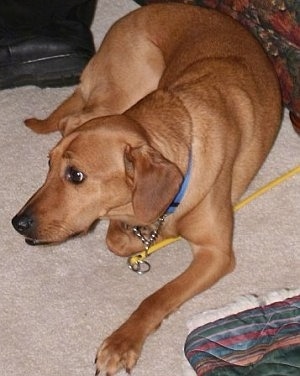 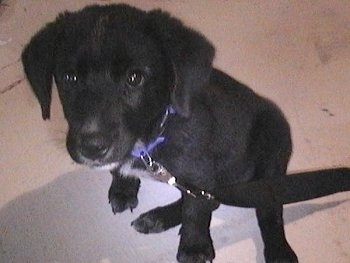 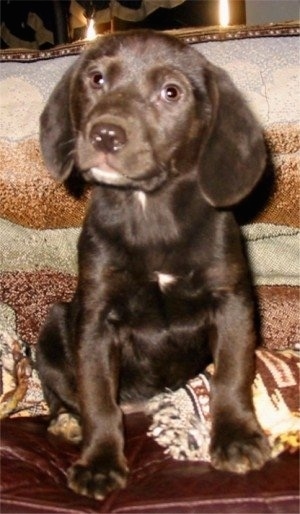 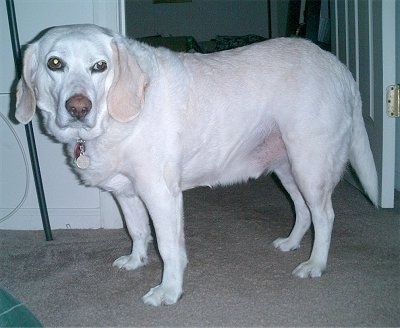 Chance the 6½-year-old Labrador Retriever / Beagle mix (Labbe)—"I had no idea there were others out there! I adopted him from a rescue in NJ—and he is just the SWEETEST, most well behaved dog. I love him! People often think he is a Lab puppy, but then get a load of his Beagly ears! I don't know what I would do without him, he is the best." 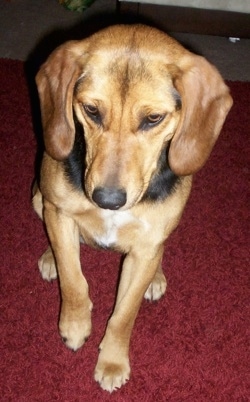 "This is Maddy, our wonderful Labbe (although we call her a Labeagle or Beagador). She is two years old in this picture. We adopted her from our local ARL when she was a young puppy. She is a very sweet, friendly, intelligent dog, but she can be very stubborn. She loves her family and wants to be with people all the time—she's a great companion. She's got a true Beagle nose, and she tends to want to follow it all the time, which can make her forget her leash training. She has a Lab bark. As a puppy, she was destructive when left alone. Unlike true Labs, she does not swim and in fact has a strong aversion to water."

See more examples of the Labbe