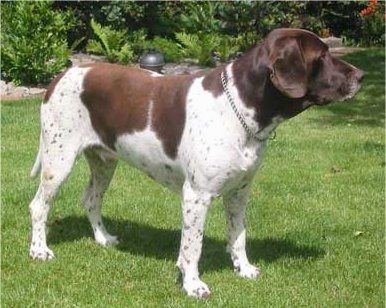 Liver and white, a small amount of ticking allowed.

Some lines can be prone to hip dysplasia, but are usually a very healthy breed.

The Danish Chicken Dog will do okay in an apartment if sufficiently exercised. They are moderately active indoors and will do best with at least an average-sized yard.

This breed needs to be taken on a daily walk.

The smooth, short-haired coat is easy to groom. Comb and brush regularly with a firm, bristle brush. Bathe or dry shampoo only when necessary. These dogs are average shedders. 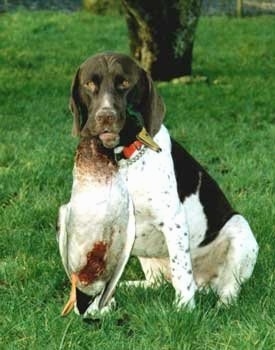 Old Danish Chicken Dog with a duck in its mouth, photo courtesy of Jorgen Bay 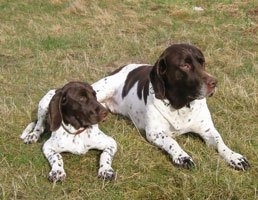 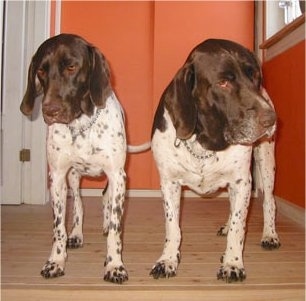 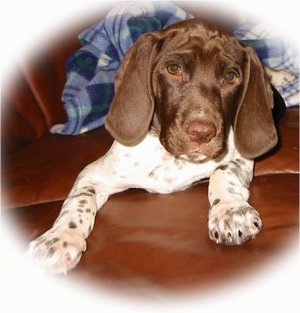