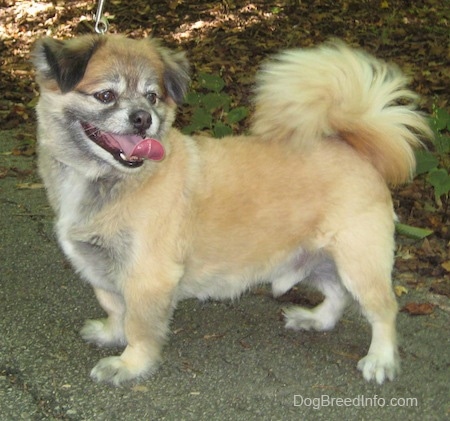 The Peek-A-Pom is not a purebred dog. It is a cross between the Pomeranian and the Pekingese. The best way to determine the temperament of a mixed breed is to look up all breeds in the cross and know you can get any combination of any of the characteristics found in either breed. Not all of these designer hybrid dogs being bred are 50% purebred to 50% purebred. It is very common for breeders to breed multi-generation crosses. 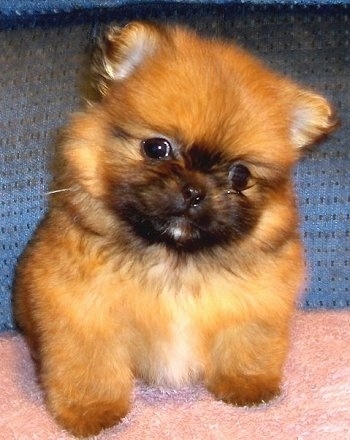 "I took these pictures of one of my little Peke-A-Pom pups at 9 weeks old. This breed is very sweet with an unbelievably plush coat, flat face and short, stocky body. Very tiny pups—less than one pound at 9 weeks old." 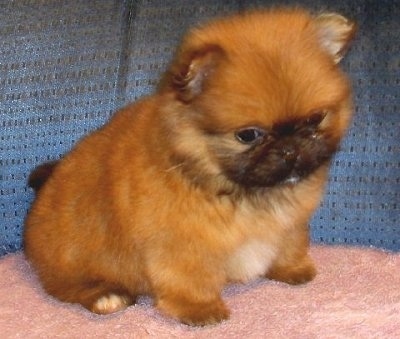 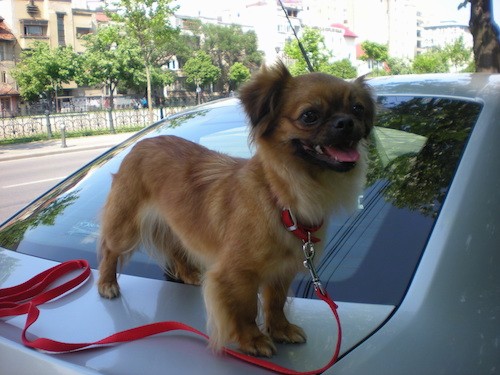 "This is Vicki. She's a year old brown/black Peek-A-Pom. I got her when she was just weeks old, she's a very wonderful dog. She loves cuddling and running around with no specific destination, but she's not into fetching thus. She loves running to strangers to play whatever there age is. She's clumsy when she's excited about something. She'd prefer to be surrounded by humans rather than dogs her size or bigger. She hates being left home alone like any other dog. She's unique and she has a special place in my heart." 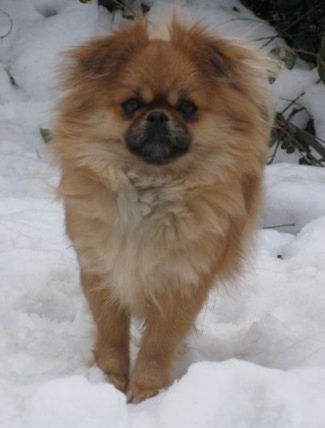 "Ellie the Peek-a-pom or 'Pominese'—her mother was a purebred Pekingese, father a purebred Pomeranian." 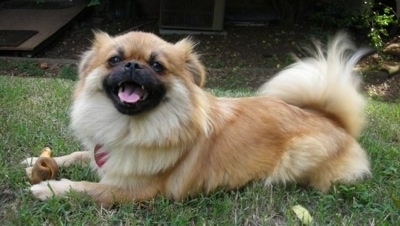 "This is Ellie. She is a 2½–year-old brown/black Peek-A-Pom or 'Pominese.' Her mother was a purebred Pekingese, father a purebred Pomeranian. My husband and I got Ellie when she was 8 weeks old. Ellie weighs 8 pounds. Her mother was 13 pounds, father 6 pounds. She is a wonderful dog, great personality. She was a bit difficult to train. But once she got it she 'got it.' She's very much a lap dog. She'd rather be with her humans than the other dogs. She goes on walks and enjoys riding uptown to the pet stores on the weekends. She loves squeaky toys, but isn't big on fetching or games. She's very calm indoors. She'll pick a spot and just nap for hours. Ellie is very easy to learn tricks. She twirls and does all of her basic commands. It's difficult to housebreak small dogs and I'm a firm believer in crate training! Ellie now thinks of her crate as her little 'bed' and goes into it every night around the same time. She's a wonderful dog, we couldn't ask for more. :) " 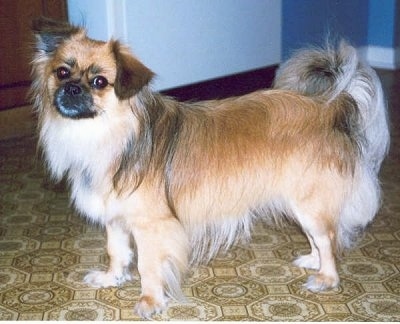 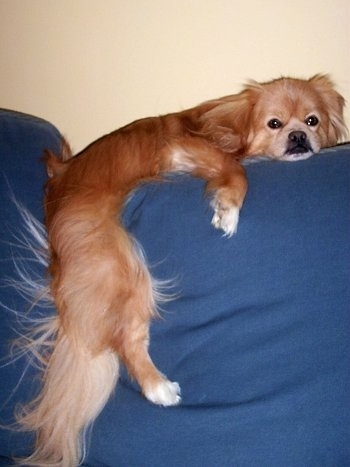 Toby the Peek-A-Pom's hobby is being lazy. His owner further says, "I think he is the cutest dog I've ever seen! He has a funny personality, and he's a great dog..." 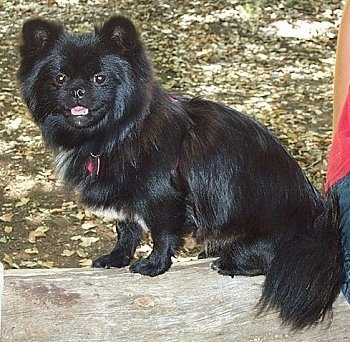 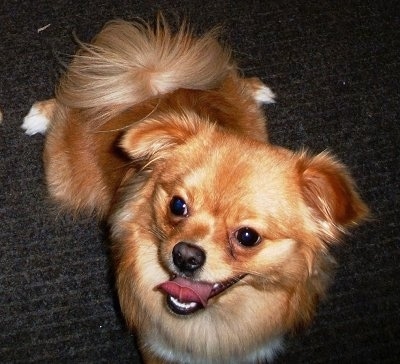 See more examples of the Peek-A-Pom