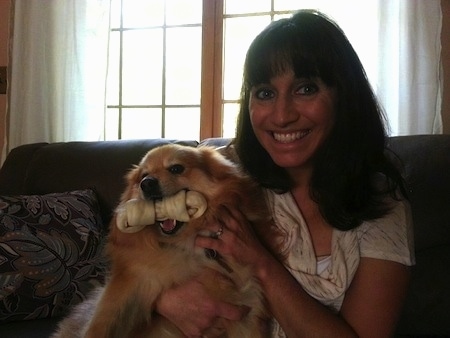 There isn't moment that goes by when I do no think of Cody. Cody was a three-year old Pomeranian mix who is no longer with us due to my naivety and trust in animal shelters and the irresponsibility of the shelter workers at Gloucester County Animal Shelte, NJ.

So like many others in my town, I filled out an application to adopt at Gloucester County animal shelter (a high-kill shelter). I was surprised at the lengthy process of completing paperwork, getting references, and even being told that I would be denied if my cat did not receive her annual rabies shot. Okay. I told myself that this is to protect the animals from any potential animal serial killers. However, in the back of my mind, I couldn't help but think that these shelter workers should be down on their knees thanking someone like me to adopt a dog. I have had dogs all of my life. I know the canine language and I have no trouble taking the alpha role while using positive training techniques.

Upon completing the application, months went by and my phone was as silent as these no kill shelters are as they quietly put thousands of dogs to death each year. I finally took the initiative and called the shelter. I eagerly asked, Do you still have my application? I am still waiting to adopt a Pomeranian mix. Hello? Is anybody there????

Well, I wasn't expecting this response, "We have had several Pomeranians but they all have homes now. We do have one in the back. He was brought back from his second owner. You can see him, or you can pass on this one. I think he has some issues."

Issues... that's not a problem for me. I can train any dog. I asked if the dog had aggressive tendencies, or has bitten in the past. They calmly told me that the dog has house-training issues. Not a problem for an experienced dog owner like myself. I smiled as they calmly were lying through their teeth.

So the day came to meet Duke (whom I named Cody). My family was introduced to the dog in a small room, and then they took him outside on a leash so he could interact with my older dog. It was like love at first sight. I immediately bonded with this dog, and the dog bonded with me. I wanted to hold him, but the shelter worker ignored my pleas and Cody stayed with her on a leash at all times. I thought this was strange, but I convinced myself that this was policy since I was a first-time adopter.

To make this long story short, Cody turned on everyone in the family except myself whom he considered the alpha. My dog training skills were put to the test. Unfortunately, my kids are young, and they did not know how to handle Cody who saw himself as second to myself in the pack order. To no avail, I could not control Cody's aggressive tendencies even under constant supervision and crate training. Why did the shelter not disclose this information to me? I asked if the dog had aggressive tendencies. He was the sweetest dog around me, but unfortunately he was not the right dog for my family. I hired a behaviorist to help and I spent hundreds of dollars on professional trainers. I even called a lady that has her own talk show: one that advocates animal rights. I was not giving up on Cody. I can't explain my connection to this dog. I only knew him for a few months, but our bond was almost supernatural: like we were fated to be with each other. 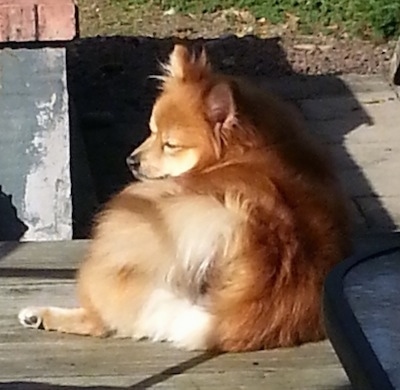 As Cody's rehabilitation progressed, I discovered that he was starting to have seizures. Perhaps this was the cause of his behavioral inconsistencies? At this point, I felt like this poor dog had no chance. So many cards were stacked against him. Our vet prescribed phenobarbitol and that seemed to stop his seizures but unfortunately, Cody's aggressive behavior towards my family did not subside. After several biting incidents, I made the most difficult decision of my life. It was time to give up Cody, and find another home for him.

I called the behaviorist who had been in contact with the shelter about Cody's aggressiveness. The shelter did pay half of the cost of his services. ( Kudos for the shelter for doing this) The behaviorist told me that the shelter knew a Pomeranian rescue that would take Cody with hopes of placing him in a home without children. Finally, I had an answer to my dilemma. It would be easier to part with my beloved Cody knowing that he would be taken in by a loving and caring rescue. I called the shelter so that I could get directions to the rescue so I could take Cody there myself. They coldly replied that I had to "surrender" him back to the shelter, and the rescue would come to the shelter to get him. They did not tell me that "surrendering" means that the shelter has the right to euthanize him at will.

It was one of the hardest things that I ever had to do, but I decided that I needed to be the one to take Cody back to the shelter. I couldn't imagine him spending time on that cold, dirty floor, and in a cage. I just had him groomed and he looked beautiful. I packed his food, medication, and favorite toys, along with a comforter to cover the dirty floor, and within minutes of dropping him off, he was forced to the backroom. I was overcome with emotion. Even, those icy cold workers were affected by my flood of tears. They told me that he wouldn't be adopted out, but he had the hope of the rescue coming to get him. I offered to keep him until the rescue came, ( of course in a safe area away from the kids) but they insisted that he had to come back to the shelter. They reassured me that the rescue would be there by the end of the week. Then I spent the next ten minutes filling out more paperwork. 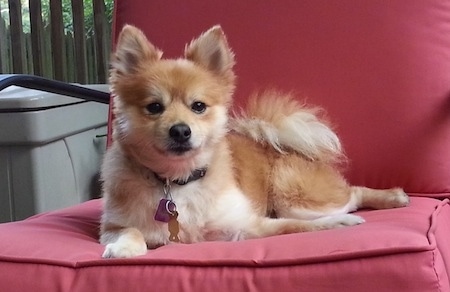 After a couple of days, I did what any animal lover would do . I called every day to see if the rescue came. After the first week, the rescue still didn't come. I wanted Cody back. I again, expressed my desire to keep Cody at my home until the rescue came. I felt horrible visualizing him in a cage, and I was worried that he wasn't getting his seizure medication. I took matters in my own hands, and I found a rescue that said that they would take him. I called the shelter one last time. I planned on asking them two questions: How Cody was doing, and how do I arrange for the rescue to come and get him? I never made it to the second question. They had killed Cody. They told me that no rescue wanted a special needs dog but the realist in me told me that it was probably because Cody had become a liability to the shelter.

I posted my story to facebook, and discovered that this shelter has a very bad reputation. They do not test animals' temperaments before adopting them to families. In addition, they have been known to euthanize animals in only hours past their arrival. One of my friends said that she took her cat to the shelter, but changed her mind, and then she went back to the shelter the next day to get her cat, but the cat was euthanized. Another friend lost his dog. He looked all over for his dog and finally went to the shelter to see if his dog was there. They had euthanized his dog, and the dog was only lost for one day! More and more stories about this shelter were posted.

I recently purchased a toy Pomeranian from a reputable breeder to fill the void in my heart. I love my puppy, but I will never forget Cody. If my adoption had been a better experience, then I would not hesitate to save an adult dog before purchasing a puppy from a breeder. Gloucester County animal shelter needs to spend adequate time placing their animals in the right homes rather than worrying about paperwork, liabilities, and cat vaccines. Maybe if Cody had been placed in a home without young children, he would be alive today.