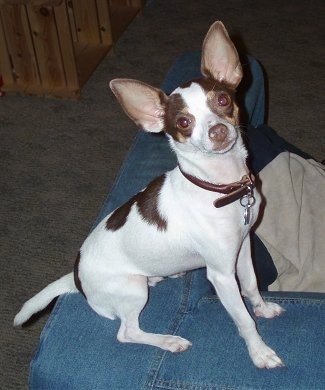 The Taco Terrier is not a purebred dog. It is a cross between the Chihuahua and the Toy Fox Terrier. The best way to determine the temperament of a mixed breed is to look up all breeds in the cross and know you can get any combination of any of the characteristics found in either breed. Not all of these designer hybrid dogs being bred are 50% purebred to 50% purebred. It is very common for breeders to breed multi-generation crosses. 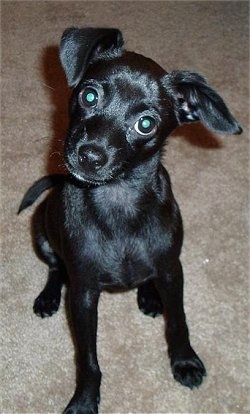 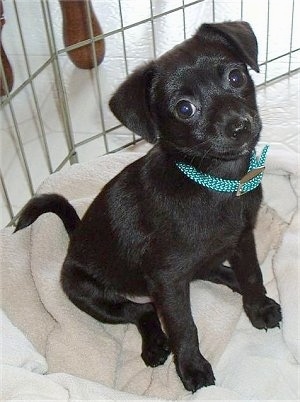 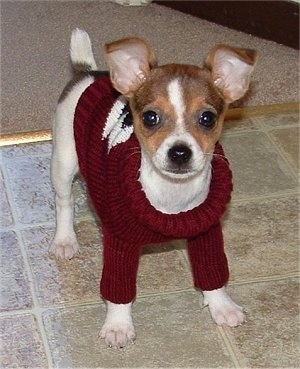 Yoda the Taco Terrier puppy at about 2 months old, weighing in at 3 ½ pounds 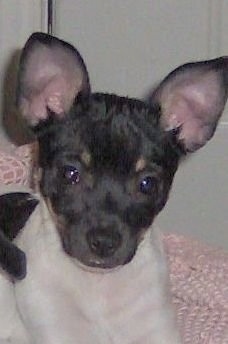 Maya the Taco Terrier as a puppy at 6 weeks old 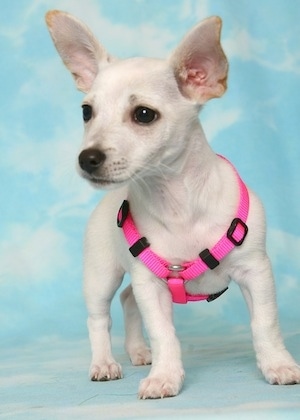 "This is Moto, my Chihuahua x Mini Fox Terrier (Taco Terrier) as a puppy at 13 weeks old.

"When I first saw Moto at 9 weeks old he was the size of a large lab rat with the typical Chihuahua apple head and cute little fold-over ears. This was my initial attraction—small, white with a pink tummy and the cutest little apple head. He didn't have the big bug eyes of a purebred Chihuahua and I really liked his little folded ears. Within a few weeks his ears had outgrown his head and they were at full mast. In his first few months he was a very timid puppy who would follow me EVERYWHERE. Even when I thought he was sound asleep, I would leave the room and turn around and he was there. Initially he went through a real biting stage (mostly me); I could not pick him up for a cuddle without my hand ending up in his mouth. Since growing up I find he is fiercely loyal and a great little watchdog. He mostly exhibits terrier behaviour—head shaking (like he is killing rats). He is a typical boy, very bold and too brave for his size (like a Chihuahua). Overall, he is a wonderful friend and a very intelligent little dog. Although affectionate and VERY playful (he can entertain himself) he would rather sit next to you than on top of you.

"He ended up weighing about 5 kg and his apple head was replaced with that of a statuesque terrier. His snout remained shorter, though. His legs look too short for his body—very short and stocky with a tightly curled tail. The only Chihuahua traits I can see are the curly tail, height and a bit of small dog syndrome. The stocky weight, face and attitude are all terrier.

"Overall, 10/10, a wonderful breed of dog. In fact, I had to get another—Chihuahua x Foxy x Mini Foxy (but a completely different looking/acting dog)." 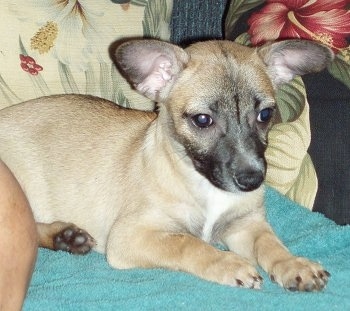 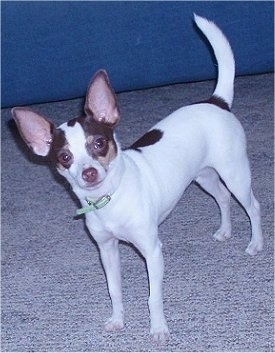 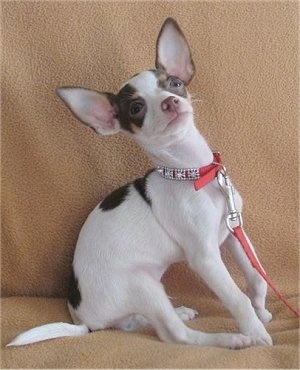