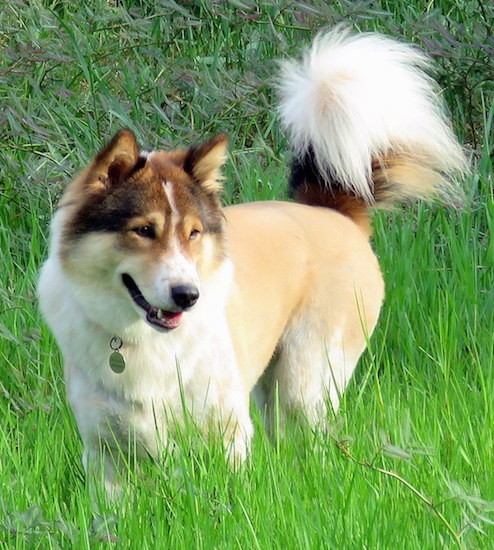 Betty the Bangkaew at 3 years old—"We took Betty on 2 years ago. She originated from Phuket then her owners brought her up here to Pattaya. We took her on when they returned home. Took some time to build trust but lots of walks and affection have turned her in to a brilliant friendly home dog."

The dence double coat comes in parti color, which is variegated patches of two or more colors, white with red, tan gray or black.

A great family dog the Thai Bangkaew is good with children. The breed is intelligent, easy to train and loving. Alert and lively, they make a good watch dog with a natural instinct to protect the family home.

The Thai Bangkaew Dog will do okay in an apartment if it is sufficiently exercised. A small yard is sufficient.

The Thai Bangkaew Dog needs a reasonable amount of exercise, including a daily walk or jog. Take it easy during warm weather because the woolly undercoat inhibits loss of the heat built up during exercise.

A good amount of grooming is needed. They are seasonally heavy shedders. The thick double coat needs frequent brushing to remove excess hairs. 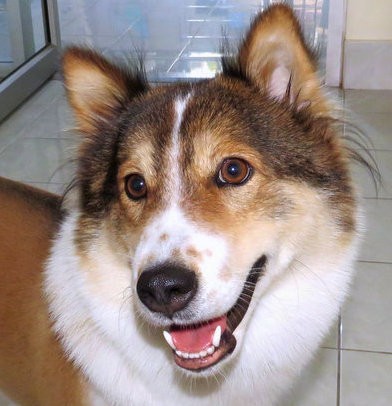 Betty the Bangkaew at 3 years old 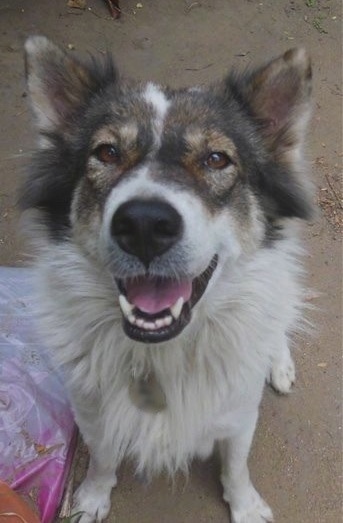 Rain the Bangkaew living in Thailand—"We opened our door to Rain just a little less than a year ago. Someone dumped her and her pup on our street. She chases cats, rabbits, and generally small creatures. She would chase the neighbor's Pomeranians and Poodle if given the chance. But she likes the Shih Tzu who takes part of his walk down her street. She has nightly walks and occasionally walks at dawn, because there are less cars at night. She is not road-wise and is terrified of motorbikes. Rain eats one meal a day of dry dog food, but her favorites are rice and soup. She likes milk, raw eggs and cake, but that makes her fat! She likes the smell of apple pie, but does not like the taste. She enjoys lying down in the fish pond. She does not retrieve, but can jump over the wall and then chase the cats! Her favorite outdoor sleeping place when it's hot is under the car. She does not like being inside and would chase our house rabbit, so she lives outdoors. She is a night-dog and sleeps most of the day. She is tidy and always uses the grass for her toilet. She is not crazy about car rides but will get on. Sometimes she jumps on but other times she is lifted up. And once she jumped back out of the window! She enjoys being at the front and tries to steer. She puts a paw on the wheel. She is protective of her food and water against other dogs but not us. She has an excellent sense of direction. She will bark at intruders but not bite. She hates people who move stuff out of the house and garden. If other dogs are fierce to her, she ignores them or runs away. If they come near her territory she growls. Rain is very stubborn sometimes. Rain enjoys water (not a bath though!) and likes to lie down in it. She also has a habit of stirring drinking water in her bowl with her paws before lapping it." 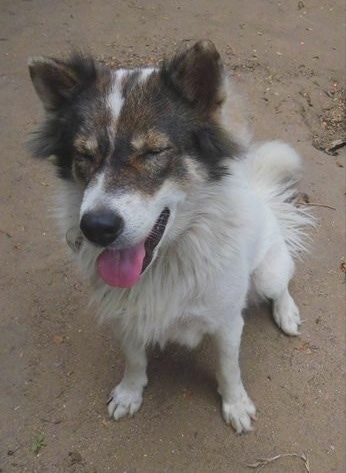 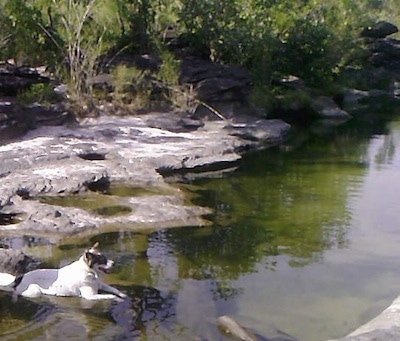 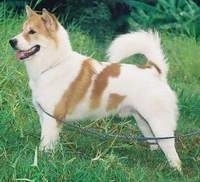 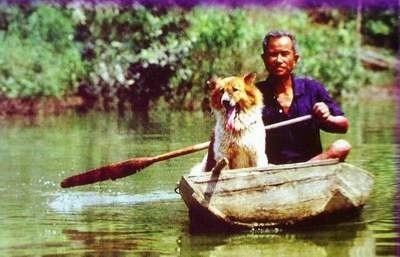 Baby the Thai Bangkaew Dog swimming and boating in the river

Baby the Thai Bangkaew Dog swimming and boating in the river 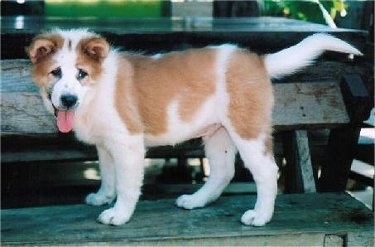 Baby the Thai Bangkaew Dog as a young puppy 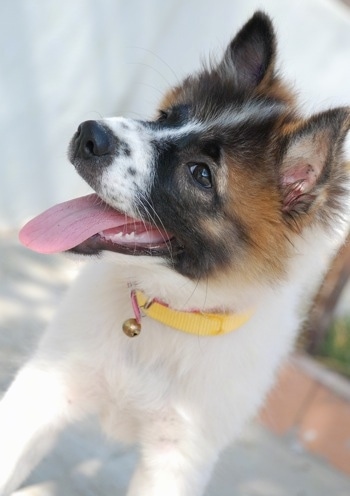 "This is Ha-Kao. She is a Thai Bangkaew Dog. This photo was taken when she was a 4-month-old puppy and was in a shedding season. She is very active. Loves water and loves to play with the Golden Retriever next door more than anything." 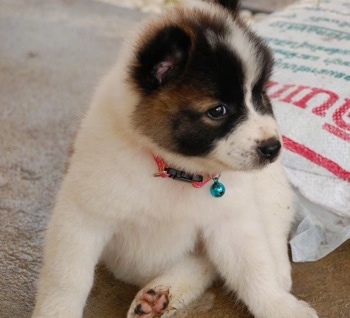 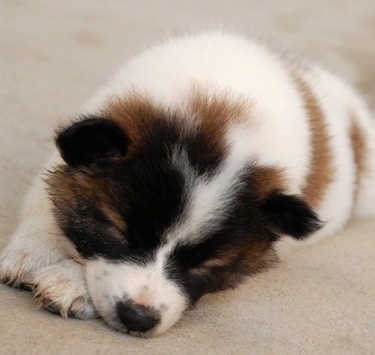