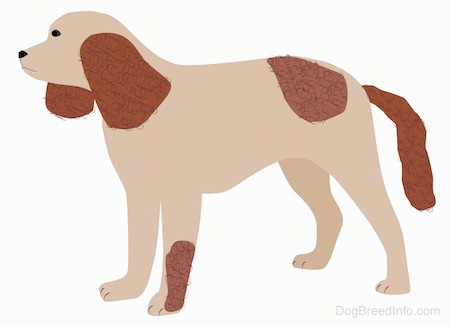 The Alpine Spaniels had a curly, medium length coat which kept them warm in the snow. Traditionally, these dogs had a base of white fur with spots of brown and red. They could also have all brown fur, all tan fur, all red fur or a mix of all colors. They typically had a longer snout with ears that fell naturally down their head as opposed to standing up. Their tails were long and would typically reach the base of their legs.

Alpine Spaniel dogs were extremely intelligent and loyal to humans. Because they were made for the cold climate if the Alps, they had to know the land and be able to drag humans out of the snow if need be.

Alpine Spaniels were used as guard dogs for protecting sheep and cattle. They were also mainly used as rescue dogs in the snowy, cold Swiss Alps. They required a large amount of land and outdoor space to roam and explore.

These dogs were bred for exercising through searching in the Alps and guarding farm animals.

As their fur was curly and on the longer side, they would need to be groomed regularly. Combing regularly would help with eliminating mats and knots in their fur.

The Alpine Spaniel breed was used as rescue dogs in the Swiss Alps. They were also known to be used as guard dogs to sheep and cattle. In the early 1800’s one dog named Barry became famous for his hard work in rescuing people. It was known throughout the region that Barry rescued a total of 40 people in the snowy Alps. It was rumored that he either died on his 41st rescue attempt, or that Barry was retired by the age of 12 to live his life on a farm. Because this breed was mixed in order to make the perfect rescue dog, there became two distinct variations of the Alpine Spaniel. Today, the two variations are closest to the St. Bernard and the Clumber Spaniel. Around 1830, in order to improve the use of the Alpine Spaniel, monks in the Alps began breeding the Alpine Spaniel with the Newfoundland because of its long, thick fur. Unfortunately, the mix of these two breeds resulted in ice being frozen onto the longer hair. These pups were then given away to villages nearby. This breed is said to be extinct because of an underlying disease that eventually affected the entire Alpine Spaniel population. The Natural History Museum now holds information on the Alpine Spaniel and has a preserved dog in the shape of what they thought the Alpine Spaniel looked like, however they often altar the dog depending on what new information arrives about the breed. 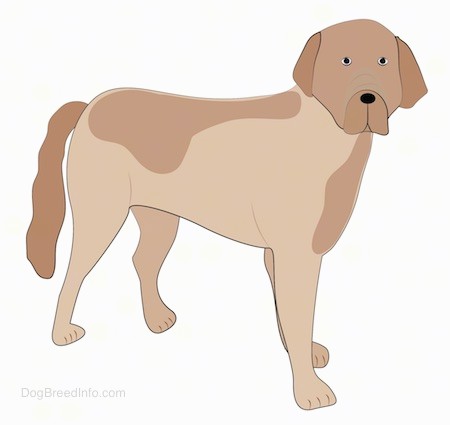