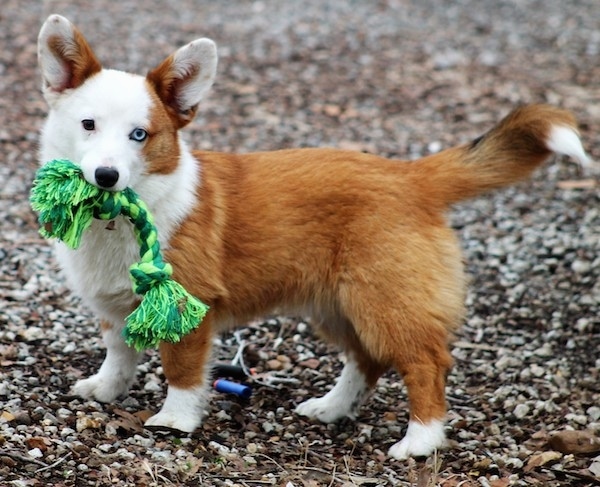 Clark the Pembroke Welsh Corgi / Toy Australian Shepherd mix breed dog at 6 months old—"This is Clark, our young Pembroke Welsh Corgi/Toy Australian Shepherd cross. We own both of his parents, and he seems to have inherited the best qualities of both breeds. He has a want-to-please attitude, a clever mind and a friendly personality. In color, shape and coat quality he favors his mother the Corgi, but favors his father the Toy Aussie more in size and personality (and of course that one blue eye). We've also noticed that as he matures, the fur on his neck ruff has been getting longer, more like his sire. He is about the same size as his father right now, weighing about 10-12 pounds at 6 months, but is of a very different and definitely Corgi-ish shape. Clark is smart, lively and affectionate. He likes to maintain eye contact with people and is very responsive to the moods of those around him. We know some of the people who received his littermates, and they all report that not only have their puppies grown into fantastic young dogs, but folks are always asking where they got them. Two of these photos show him playing with his father, Lewis the Toy Australian Shepherd, for a size and shape comparison." (Shown Below)

The Aussie-Corgi is not a purebred dog. It is a cross between the Australian Shepherd or Miniature Australian Shepherd and the Welsh Corgi. The best way to determine the temperament of a mixed breed is to look up all breeds in the cross and know you can get any combination of any of the characteristics found in either breed. Not all of these designer hybrid dogs being bred are 50% purebred to 50% purebred. It is very common for breeders to breed multi-generation crosses. 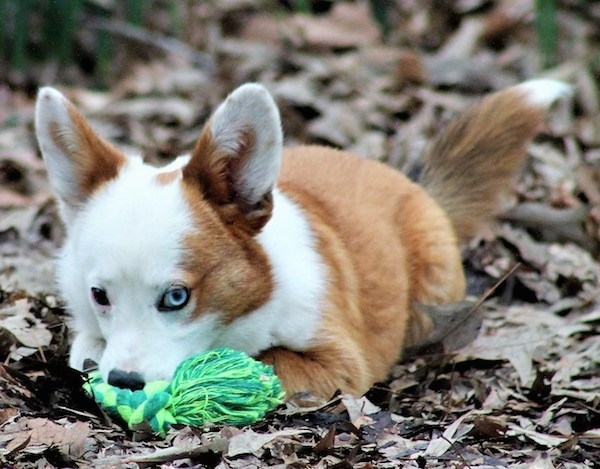 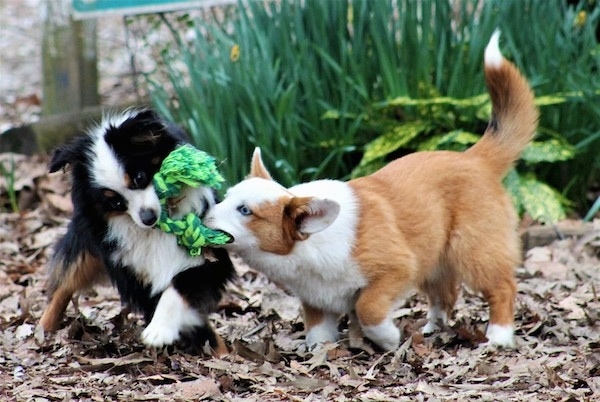 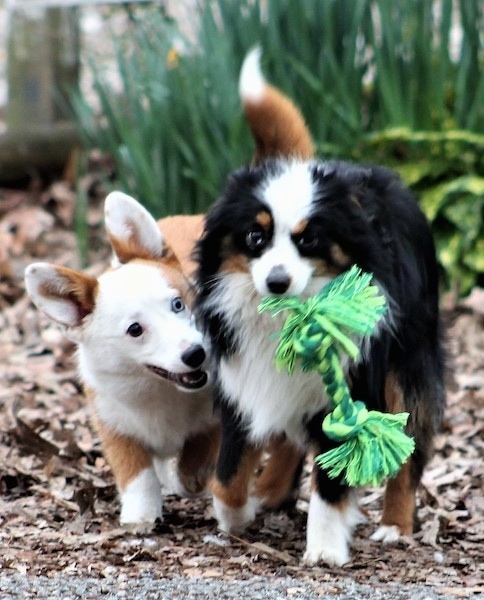 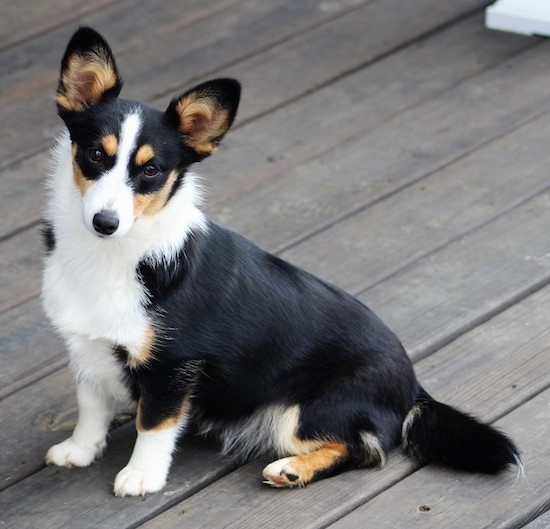 "This is Lavender at 7 months old, littermate to Clark who is featured on this page. She belongs to a friend and so we have been able to see her growing up. Her owners report that she is intelligent, friendly and obedient. She has been a good playmate to their older dog and their two young daughters. I wanted to post her photo here to show a tri-colored Toy Aussie/Pembroke Welsh Corgi mix." 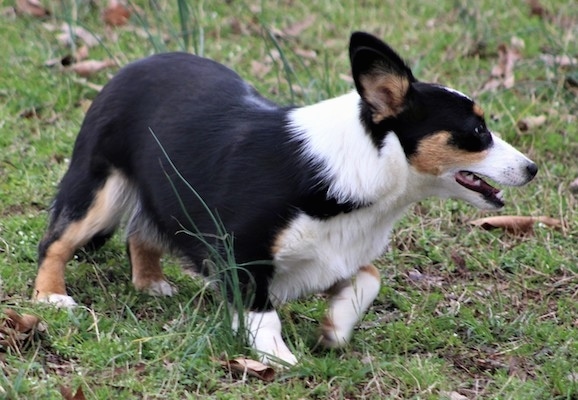 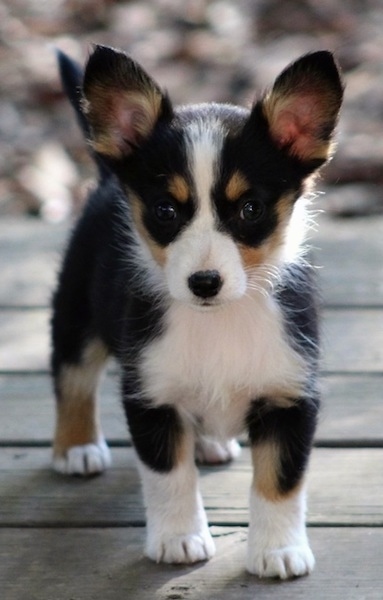 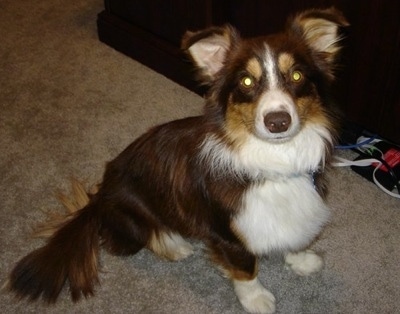 "Hunter is a 2-year-old, 18-pound Australian Shepherd and Corgi cross. He's extremely intelligent and loves herding anything that moves. He can jump VERY high and is constantly ready to play. He also sleeps on his back and twitches his feet just like a Corgi. Isn't he gorgeous???" 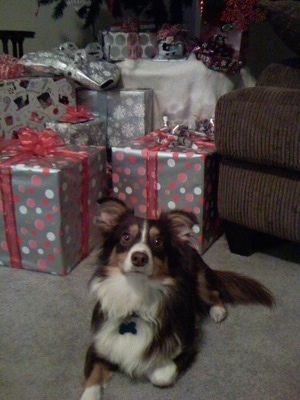 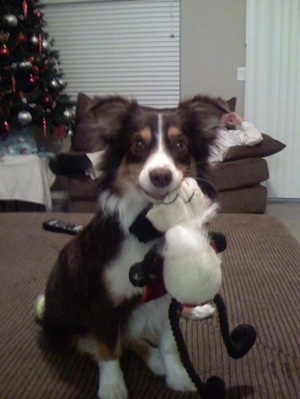 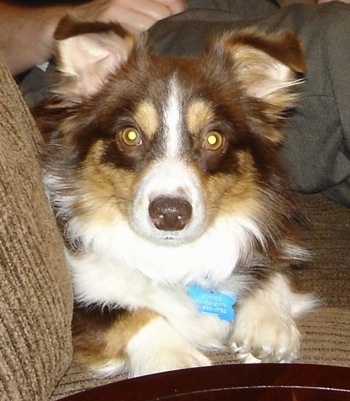 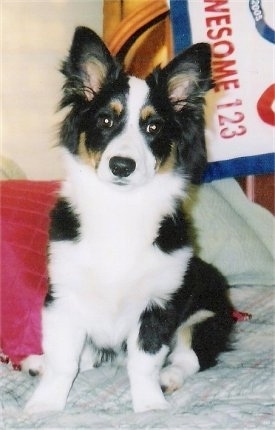 "This is Doc at 5 months old. He is from registered stock and is the smartest and easiest to train of any dog I have ever worked with. He is now doing his commands from sign language." 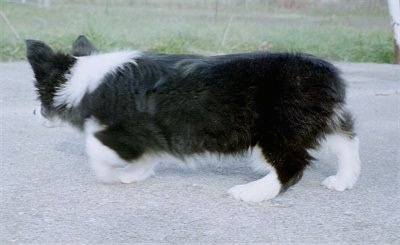 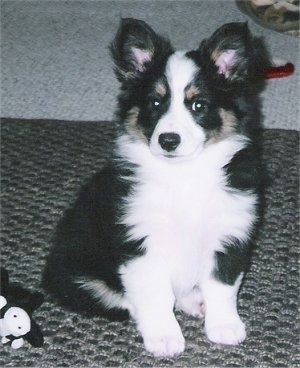 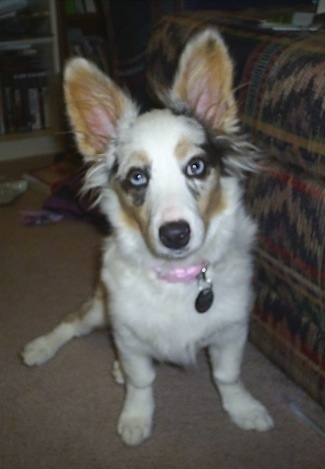 Abby the Aussie-Corgi at about 7 months old; she is a blue merle Corgi and Aussie mix. Abby the Aussie-Corgi at about 7 months old is wet in this picture. She is a blue merle Corgi and Aussie mix. 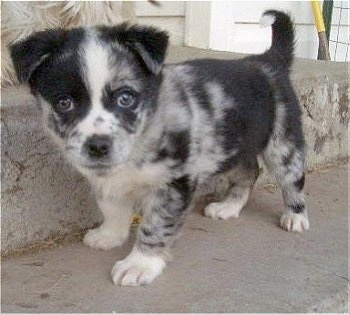 "This is our Welsh Corgi x blue merle Australian Shepherd puppy. He's highly intelligent. He has short legs like the Corgi and is marked like the Aussie. Most of his brothers and sisters were a little taller with longer legs." 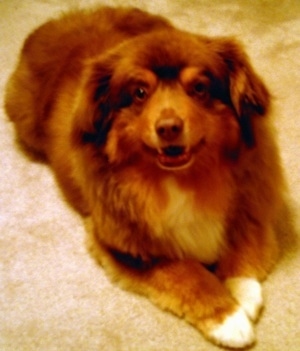 "This is Ozzie, my male Miniature Australian Shepherd / Pembroke Corgi mix at 4 years of age. He is by far one of the most intelligent dogs I have come to know. He learned how to sit, lie down, shake and stand on his hind legs in 1 day. We began teaching him advanced tricks and were able to teach him to jump through a hoop and across random objects in just a week! He knows many different verbal commands as well as recognizing the meaning of different tones of voice. He learned on his own how to tell us when he needs to go potty and when his bowl is out of water." 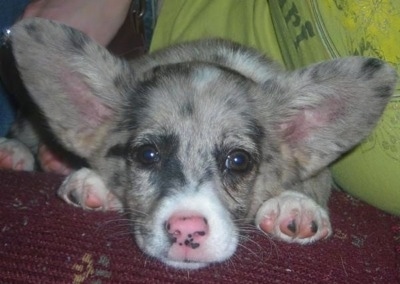 "This is Furby. Furby was 10 weeks old in these pictures. She is a blue merle Miniature Australian Shepherd / Pembroke Welsh Corgi cross. She is now 3 years old weighing in at a whopping 18 pounds. She is extremely intelligent and listens very well. She always comes when called and will not respond to anything but her name. Potty training was a breeze. She has been the best dog I've ever had in my life. She got the best of both breeds." 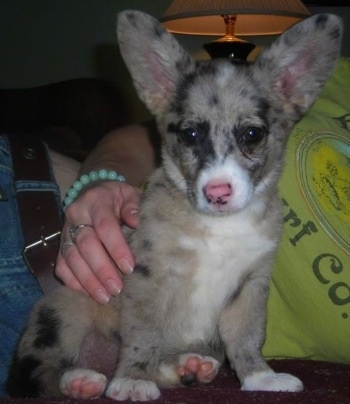 See more examples of the Aussie-Corgi