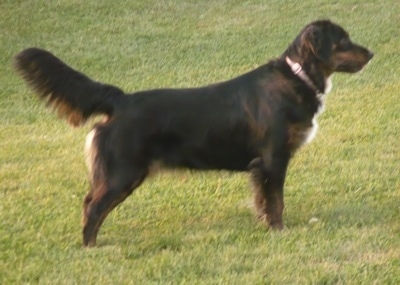 The Australian Retriever is not a purebred dog. It is a cross between the Australian Shepherd and the Golden Retriever. The best way to determine the temperament of a mixed breed is to look up all breeds in the cross and know you can get any combination of any of the characteristics found in either breed. Not all of these designer hybrid dogs being bred are 50% purebred to 50% purebred. It is very common for breeders to breed multi-generation crosses. 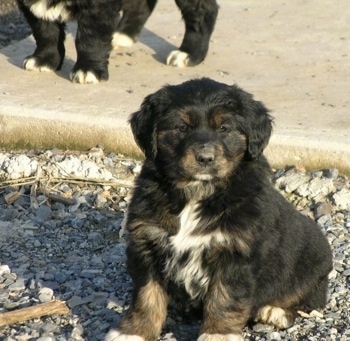 This is Roxie, an Australian Retriever puppy at 7 weeks old. Photo courtesy of Amy Lawson 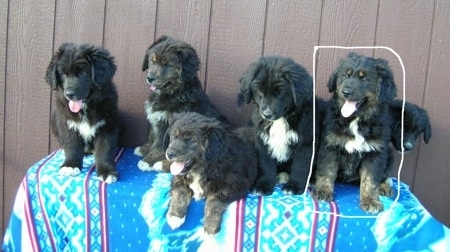 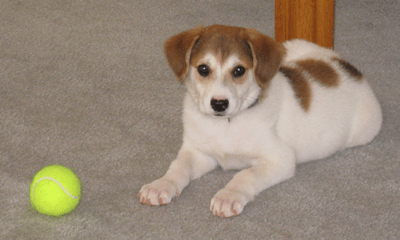 "This is Wyatt, my Australian Retriever puppy at 12 weeks old. He came from an accidental litter off of a working horse ranch. His father was a purebred Australian Shepherd used for herding sheep and his mother was a purebred Golden Retriever used for hunting. He is a medium sized sturdy puppy. His coat is coming in nicely and I'm starting to notice the feathering. He loves to go for brisk morning walks and play ball. Wyatt has also started joining us on family hikes with our other dogs and even enjoys swimming! He is such a wonderful little puppy and we are so glad we got him!" 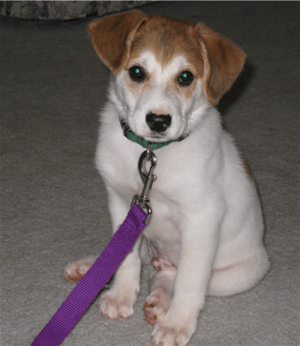 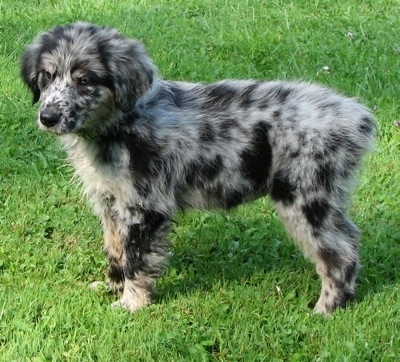 "Azula is the offspring of a registered Australian Shepherd mother and a registered Golden Retriever father. Both lived on a farm near Sharon, PA. She was one of 8 pups—mostly black; a few blue merle, like Azula. This is her as a puppy." 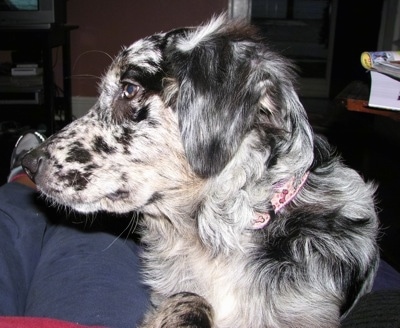 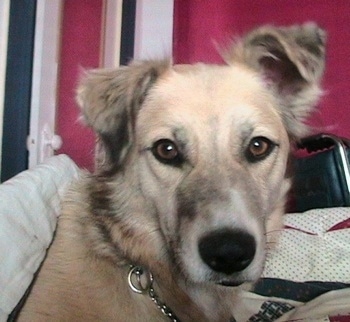 "This is Cleo (Cleopatra…notice the black around her eyes!). She is 4 years old. Our best guess is Golden Retriever / Australian Shepherd mix. We adopted a shy, terrified dog and a year later we have a vivacious, loving, gentle dog who loves tug-of-war and football!!! We can't imagine life without her!!!! She is also in training to be my service dog...what a special gal!" 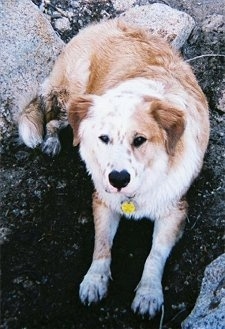 "About my dog Cooper, the Australian Shepherd / Golden Retriever mix (Australian Retriever Hybrid): I got him from a puppy rescue shelter/foster home in Modesto, California, June 4, 2005. He was 9 weeks old when I got him, making his date of birth around March 31, 2005. Full grown now, Cooper weighs about 92 lbs. (as of last vet visit), so definitely is closer to a Golden in size than an Aussie—a big Golden. In fact, sometimes people like to play the “what else could he be, he’s so big” game, but according to the rescue shelter, his mom was a young Golden and his dad was an Aussie. All I know for sure is he is a great dog! Cooper is very smart, maybe almost too smart, if you know what I mean. He definitely has the Aussie herding instinct, which comes out when he’s playing with other dogs, or sees any other animals that aren’t going where he thinks they should. He also LOVES to swim; he’ll go in the water even when it’s in the 50s and the rest of the sane creatures in the world are trying to keep warm. He loves playing in the snow, too! He is quite territorial, weary of strangers and very protective of me. Strangers who approach my home or any other place Cooper considers “his” get barked at. Actually, he barks no matter who’s coming home, even if he knows them, the difference is his tail is wagging if it’s a friend. Unknown animals are not allowed to approach me before he gives the OK. When one does, he’ll get between us and send them off with a short bark, and then a growl if they don’t get it. After he gets to know them, they are allowed to visit with me, but he seems to know which ones I think are almost as cute as him and he’ll get a bit jealous if I pay too much attention to them, so I always make sure he’s getting plenty of love too. I probably spoil him, but I can’t help it, I adore him! He also isn’t too happy when unknown men approach me, but doesn’t seem to mind women. And if anybody ever gives him a treat, he loves them for life, and he will remember that person even if he doesn’t see them again for a while. For example, we met a man with an adorable Bernese Mountain Dog at the dog park one day, and Cooper sniffed out his pocket where he kept his treats, then obediently sat down (he learned that one fast). Of course the guy couldn’t resist that sweet face looking up at him expectantly. Cooper is his best friend now and it was at least a month in between the first time he gave Coops a treat, and the next time we saw him again. Cooper has many nicknames, all of which he answers to: Coops, Coop-a-loops, Baby-boy, Swooper, Cooper Super Duper, Puppy-dog, Coopster. But it’s always “Cooper” when he’s getting into mischief, which he does quite often. He’s sneaky and can’t seem to stay away from the garbage cans, especially if they have food in them! But most of the time he’s an angel. He’s very independent, which is nice, but at the same time, very loving and loyal. He will follow me around pretty much all around the house. He’ll take the attention if you’re giving it, but he’ll also completely ignore an outstretched hand when walking by someone who’s trying to pet him. It’s almost like a fake out, he’ll seem to be coming right to you, then he’ll veer off at the last second. He can be aloof, I guess, but not really to me. He’s a funny guy; he makes me laugh a lot, especially when he gets into super puppy play mode, which still happens quite often. There’s nothing better than coming home to my dog wiggling his whole rear end, along with his tail, and doing his “I’m so happy to see you” sound, which actually sounds like he’s sneezing, but he only does it right when I get home. I couldn’t ask for a better companion and look forward to many more years with my best friend Cooper." 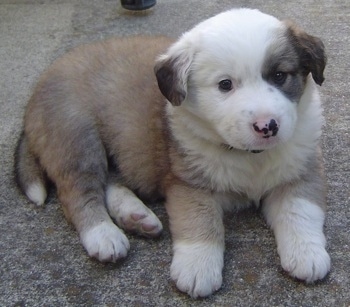 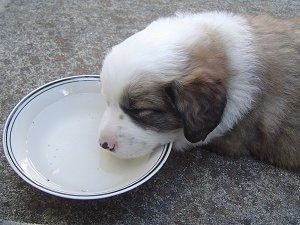 "This picture, and the one above, is from the first day I got him, at 9 weeks old. He had the puppy-dog eyes down, for sure. He used to fall asleep with his head in his water bowls all the time, and I used to worry that he’d drown himself, but it was a hot summer and I think he was just trying to stay cool. Poor little guy had all that fluff and it gets hot in California in the summer. You can see that he a few spots just barely starting to show on his face, and his fur around his eye and down his ears is really dark. I just loved his little nose, mostly pink with black spots. Reminded me of a little cow."