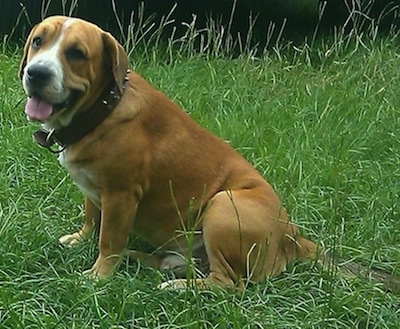 Big Boy the Beabull at 4 years old—"This is Big Boy. He is my first dog. He is a mix between an English Bulldog and Beagle. I raised him since he was first born. Very loving, smart and outgoing. He is very lazy, but loves to play outside when he is feeling hyper. I love his howl. He guards our home and is a member of our family."

The Beabull is not a purebred dog. It is a cross between the Beagle and the Bulldog. The best way to determine the temperament of a mixed breed is to look up all breeds in the cross and know you can get any combination of any of the characteristics found in either breed. Not all of these designer hybrid dogs being bred are 50% purebred to 50% purebred. It is very common for breeders to breed multi-generation crosses. 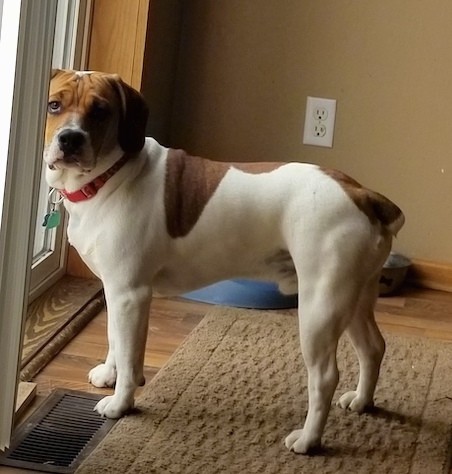 "This is Cooper our 9-month-old Beabull. We got him when he was 8 weeks old. He loves to play tug-of-war and go for walks. He can be very lazy at times and other times loves to be outside playing with any kind of balls. He sploots a lot known as frog legging. I just love when he does that." 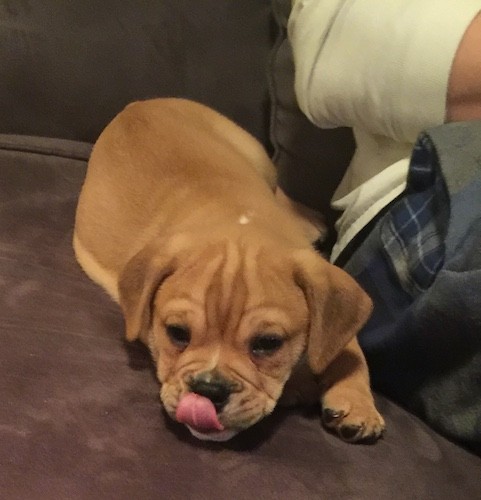 Harvey aka "Harvey Bear" the Beabull as a puppy at 8 weeks old—"Harvey is such a good boy. He is loveable, happy, playful, the best cuddle buddy and is so smart. He loves to play ball, go for walks and socialize with humans and other dogs. My boyfriend and I have been raising him since he was 8 weeks old. He is always lazy in the morning and likes to stay up late! I love my pup so much!" 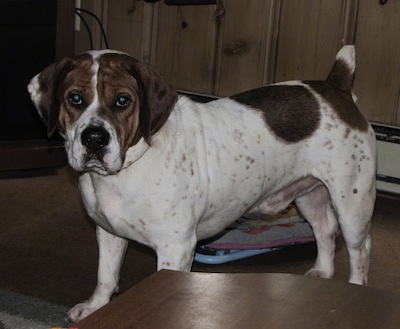 Ollie the Beabull as an adult dog—"This is Ollie, my big sweetie. He is a 60/40 mix. He loves to lie in traditional Bulldog style, taking up most of whatever area he is in. Ollie is three years old and weighs 63 lbs. If he even thinks he heard you say "rope" he is on a dead run to find it and play." 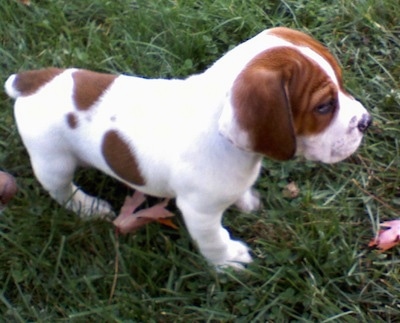 Ollie the Beabull as a puppy outside in the grass. 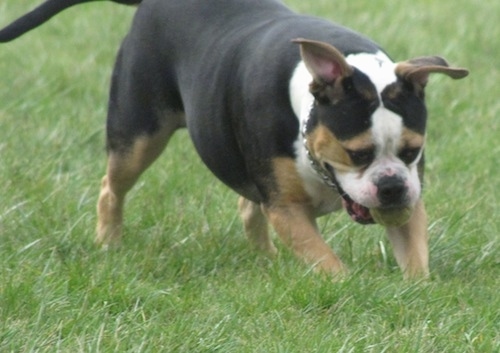 Claudette the Beabull at 3 years old—"Claudette had been returned to the shelter three times and was on death row when we found each other. Claudette is a clown who loves to wiggle into the heart of everyone she meets. She loves to hike, ride in the car and snuggle. Claudette has two brothers and one sister furbaby and lots of dog friends. And above all else loves to play soccer and will retrieve soccer balls and basket balls as long as someone will kick them." 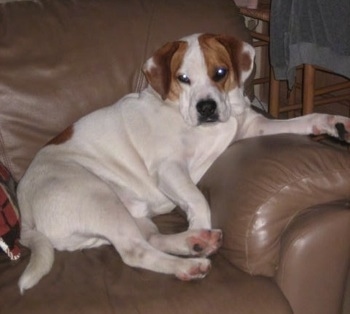 "This is my dog Rooney. He is a Beagle / Bulldog mix. He is absolutely hilarious. He loves to go for walks, so much as have to spell it out w-a-l-k. He lies with his feet flat on the floor, typical of Bulldogs. He knows how to sit, stay, shake and roll over, and we have watched the Dog Whisperer together and now he has to wait to eat his food until we say "okay." He doesn’t like vegetables or fruit, but he will beg for them and he loves to swim in pools." 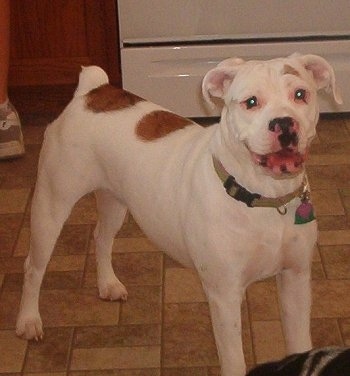 "This is my dog Maggie at 11 months old. She is an English Bulldog / Beagle mix. Maggie is purely 50/50 of her breeds. Although very hyper like a Beagle, she can be lazy too like a Bulldog. She chews on anything and everything. But at the end of the day, exhausted from playing, she can be VERY loveable! I love this mix and am very happy with having her in the family!" 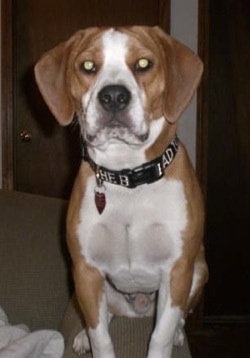 "This is Duke, my 10-month-old Beabull. Duke is an excellent dog. He loves to run in the yard and cuddle in the house. He is very stubborn and was difficult to train because he had his own ideas of training. He is incredibly intelligent and will try to out-smart you with everything. If you hide his toy duck in the house and take him outside for hours, he will come in the house and find the duck right away. Duke has the body of a Bulldog, head of a Beagle, and the attitude of the Bulldog. He is very loving and wants to always be near you. He does best with having a daily walk and frequent trips outside. He currently weighs 54 lbs. and is very healthy. He does not bark, but will sometimes give you the Beagle howl. He is very observant and will lie like a Bulldog while watching TV." 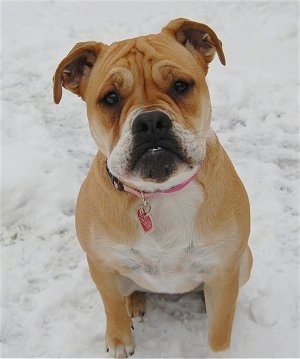 "Lola, our Beagle / Bulldog mix at 1 year old—her mother was an English Bulldog and her dad was a neighboring Beagle...this was a love connection apparently! Lola is a little over 1 year old now and weighs about 50 lbs. She's got a great temperament! Eager to please us, playful and loving. This is the best dog I've ever owned!" 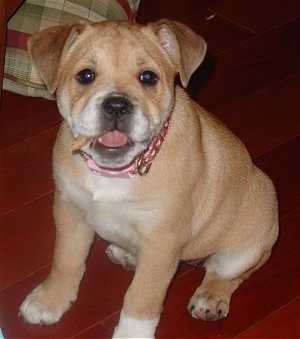 See more examples of the Beabull