The Adventures of Bruno the Boxer and Spencer the Pit Bull

Spencer and the Fox 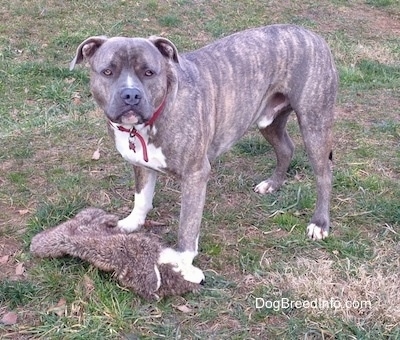 Spencer loves his toys. Every day when I get up in the morning he walks over to his toy bin and picks up one of his toys. He then proceeds to slowly walk around me half curled in a U-shape, wagging his tail as I pat his back and thank him for bringing me a toy. I say, "Thank you for my toy, baby, thank you." It is as if he is saying, “Look mom, while you were sleeping I went out and fetched you some breakfast. Do you want to share it?” He will let me take it from him, but I usually just let him keep it and give him hugs and pats. He will do the same thing when a visitor shows up at the house. He gets them a toy and walks around in a happy, submissive way. 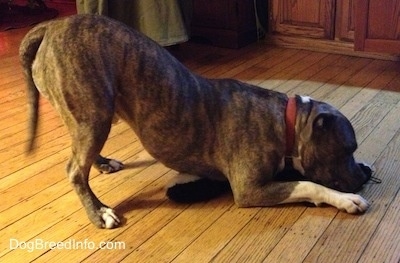 His favorites are the stuffed animal types without the stuffing. 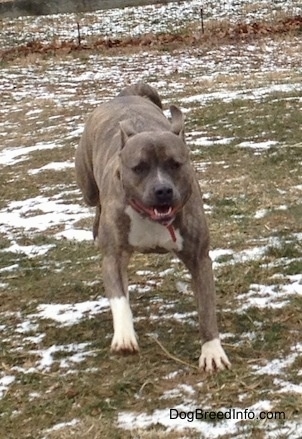 He loves to take them outside. He will run around the yard tossing them in the air and pouncing on them. When we buy him a new toy he will play with that toy over any of the others for a few weeks. 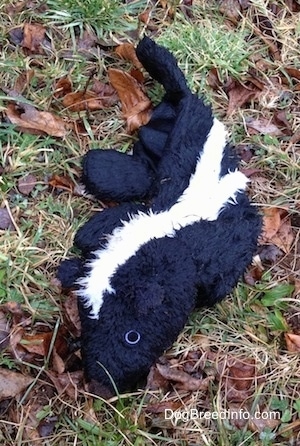 I had started noticing something strange. Whenever Spencer would leave a toy outside it would start to smell like a fowl skunk. Oh my gosh, it would reek. I didn't understand it. What would make the toys smell so bad? 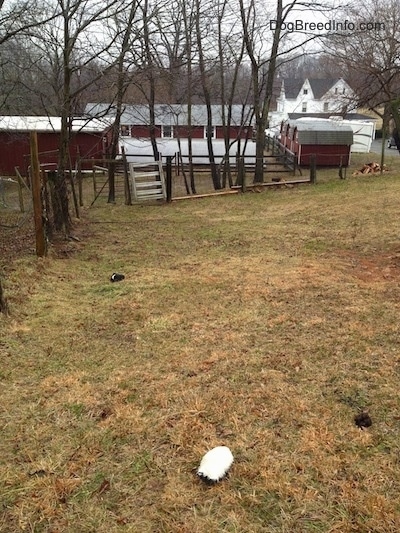 Then one day I realized what was going on. I picked up one of the toys and it was wet and something yellow dripped off of it. What the heck? A little while later the same day I found one of Spencer’s long lost toys outside in the goat field. That is an area the dogs do not have access to.

I began looking around and found them in the woods, the horse field and the goat field. I started paying attention. I would let Spencer outside with one of his toys and remember which one he brought out. Spencer never brings his toys back inside on his own. He always leaves them outside wherever he lost interest in them. The next day I would go out and look for the toy. I started finding the toys outside the fenced area and they were always stinky and I knew the day before they were fresh and clean. 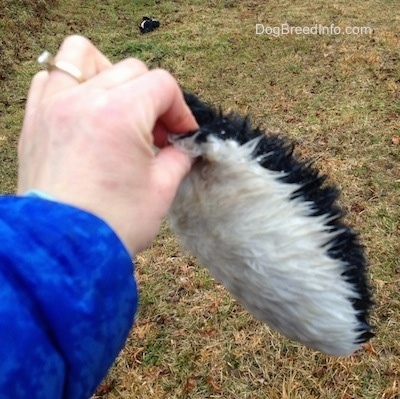 Sometimes they were ripped to pieces in the middle of the goat field, a place where I knew for sure the dogs had not been. That is when it dawned on me; the fox was coming around at night and peeing on the toys and half the time carrying them away out of the dogs’ area! 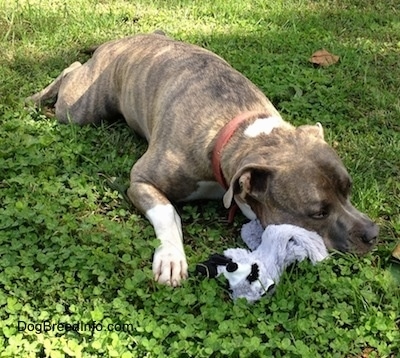 Sometimes the fox will leave them in the dogs’ fenced area after peeing on them. If I do not get the toy picked up quickly enough Spencer will roll on top of it, spreading the smell of the fox urine on himself. YUCK! 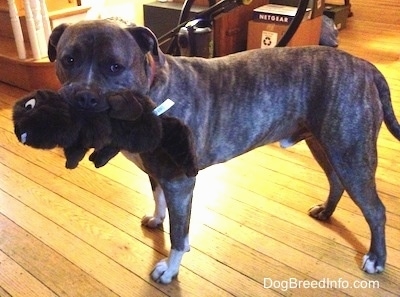 I contemplated not allowing Spencer to take the toys outside anymore, but look at that face; that is him asking to go outside to play. He just stands there giving you those soft baby eyes as if to say, please mommy, please can I go outside to play? He has the most fun with the toys outside where he can run far and fast with them. I also think he knows what the fox is up to and rather enjoys it. He leaves a toy outside and the next day there is fox all over it.

Sometimes at night Bruno and Spencer will start barking. When I get up to see what the issue is I can hear the foxes calling outside and sometimes I see a fox. They are everywhere. I will let the dogs chase them away. Foxes are cute but they have killed our chickens, guinea fowl, peafowl, and have even carried off a kitten as if it were a rabbit! We never saw the kitten again. It was a sad, tasty meal for the fox. They have also gotten into fights with our adult cats in the past. If it were not for our Great Pyrenees, Tundra and Tacoma, we would not have any birds left. 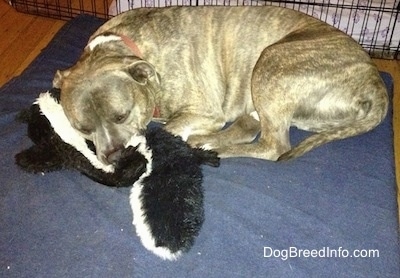 I also thought about throwing the toys in the trash can after they have been peed on. However, if I did that Spencer would have no toys left. Therefore when I find them I toss them into the washing machine with soap and bleach. They come out smelling fresh and clean. I am sure Spencer would prefer to have the fox pee on them than the fresh smelling bleach, but this is my house and I ruled on the bleach!