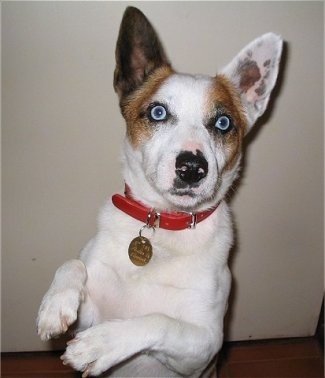 The Cojack is not a purebred dog. It is a cross between the Jack Russell Terrier and the Pembroke Welsh Corgi. The best way to determine the temperament of a mixed breed is to look up all breeds in the cross and know you can get any combination of any of the characteristics found in either breed. Not all of these designer hybrid dogs being bred are 50% purebred to 50% purebred. It is very common for breeders to breed multi-generation crosses. 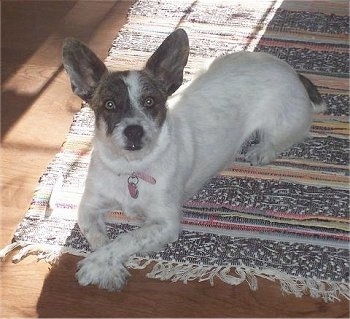 "I looked up a "JaCorgi" mix, that is what my friends and I call it, but found out that I was wrong. It was known as the Cojack!! This is my Jackie! She is a Cardigan Welsh Corgi mixed with a Jack Russell. I believe she has exactly half and half of both her parents. She is extremely sweet! Loves people and having all the attention. Total Jack Russell personality, loves to wrestle with her toys and throw it across the room then run after it and "Kill it"!! She is extremely vocal, every night I ask her "do you have to go pee-pee??" If she has to go she will answer with a big growl and if not a bark! giggle giggle! She is not vocal in the sense of a yapper but more of groans and growls. She is a beggar!! I try to teach her to stop but she stands upright on her two back legs and twirls around and can stand up for a while, she has really good balance. She weighs about 21 lbs. Loves to herd things, a Corgi trait, any other dog does not matter; twenty times bigger than she is, she will boss it around. Gets along wonderfully with other dogs and cats. Can jump about four feet in the air when she is excited! Her coat is like a perfect mix between wire hair and smooth. It is a medium coat length and sheds a bit year round. She is a bit stubborn and sometimes I just think she is too smart for her own good! Jackie is simply a high-energy, people-loving, extremely smart Cojack! I love her to death, I love that she is a perfect mix between the two breeds!" 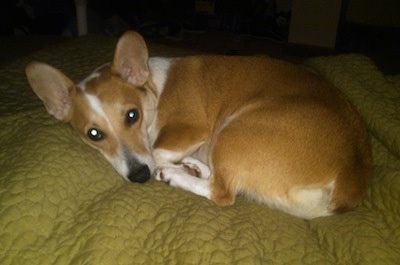 Winston the Cojack (Pembroke Welsh Corgi / Jack Russell Terrier mixed breed) at about 1 year old—"This is Winston! He has the face of a Jack Russell Terrier with the legs of a Corgi! As a puppy, he was a little difficult to manage but after his "baby stage" he now loves to cuddle every night (and some lazy days), follow us everywhere, and is even able to go outside without a leash! For the first six months we came very close to giving up on the potty training because it seemed to be getting nowhere, but one day out of nowhere, bang, it all clicked.... So if you're a fellow owner and having trouble, do not give up! Someday without warning it will happen. Winston is such a fun-loving, energetic dog. One of his many quirks is putting his behind in the air when getting love or attention, especially from new people! We also found a "tickle spot" on the back of his neck that sends his back leg racing! He loves playing with his toys, he has quite a few, and playing with our other dog, Charlie! Charlie is a seven-year-old Bichon Frise, and an old fart to say the least. Whenever Winston is in an out of control mood, which is always, he loves to play with Charlie, even though Charlie just growls and tries to get away from the craziness that is Winston!! If you are considering a Cojack, get ready for a lot of energy!! Offset by even more love than you could imagine." 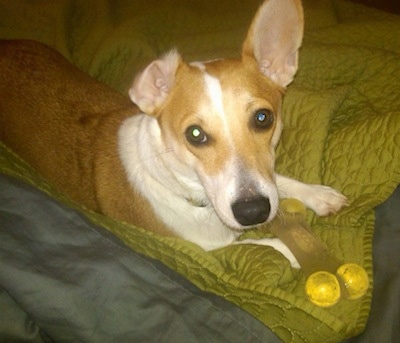 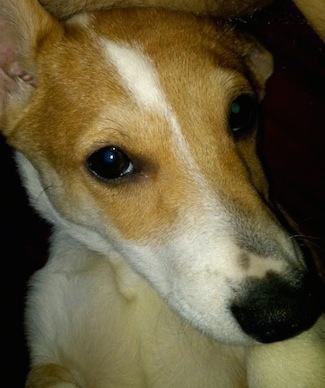 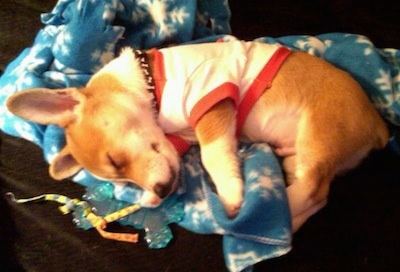 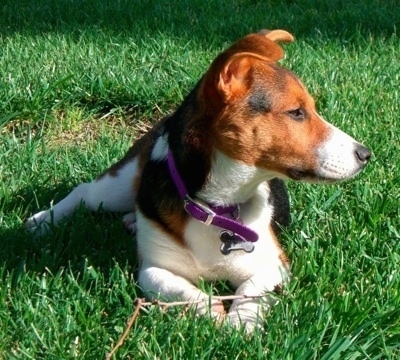 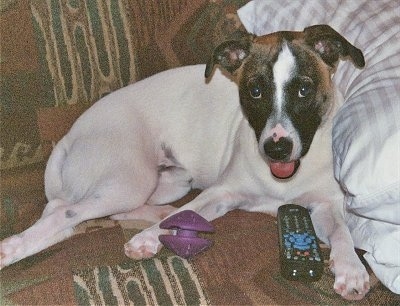 Toby the Cojack mix breed dog at 8 months old—"He's a Corgi / Jack Russell mix. He's very gentle and shows traits of the terrier family. He got the JR colors, but the Corgi body. He's very long and is still growing. " 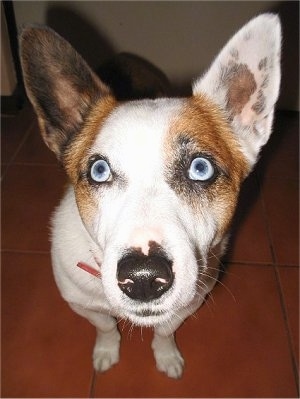 See more examples of the Cojack