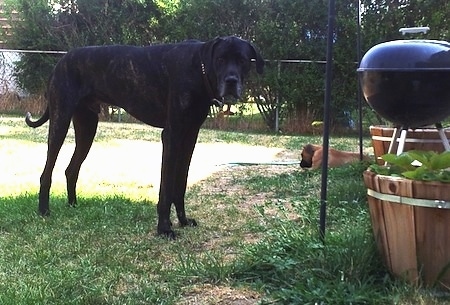 Apollo the English Daniff at 2 years old—"Apollo is a Daniff who is the most well-mannered dog I have ever had. He has been in our family since he was 10-weeks-old. He loves children and has a natural instinct to protect any child even ones he has just met. He gets along well with other dogs and has even helped train rescue dogs that have temperament issues as he is never aggressive and tends to be aloof towards any other dog. He was 145 lbs and stood 34 inches to the shoulder at age 2 and weighed 195 pounds by age 4. Loves to snuggle and manages to sneak his way into my wife and my queen size bed almost every morning about an hour before we need to go to work. All of our dogs are considered and treated as members of our family and most of our time is spent with them. I have watched Cesar Millan and have always naturally agreed with his philosophies. I have also read The Monks of New Skete How to be your Dogs Best Friend and have implemented those philosophies into raising all my dogs."

The Daniff is not a purebred dog. It is a cross between the Great Dane and the English Mastiff. The best way to determine the temperament of a mixed breed is to look up all breeds in the cross and know you can get any combination of any of the characteristics found in either breed. Not all of these designer hybrid dogs being bred are 50% purebred to 50% purebred. It is very common for breeders to breed multi-generation crosses. 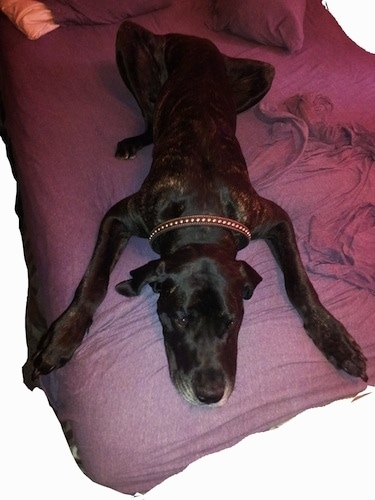 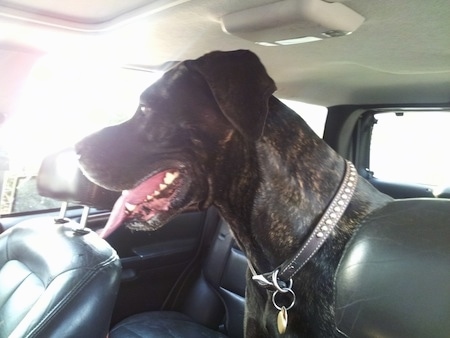 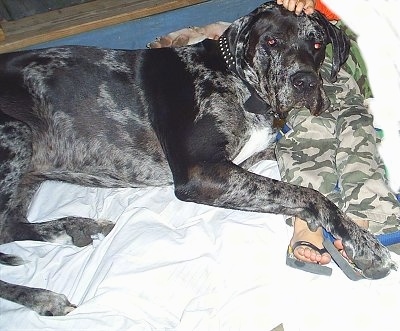 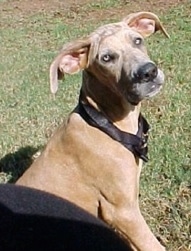 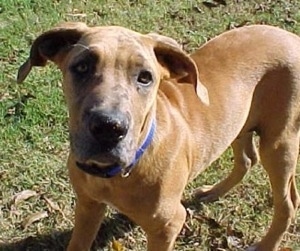 "I have two 4-month-old Daniff puppies, Harley and Scooby. Both weigh in over 60 pounds. I have owned many breeds in my life but these two Daniffs are wonderful dogs; great temperaments. They are so careful and loving towards my 3- and 2-year-olds. I will never go out and get another dog unless it’s one of these guys. They are everything you can ask for in a dog." 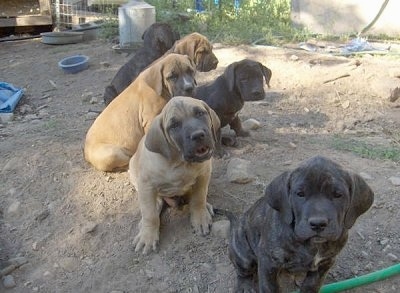 "I bred my Dane to an English/Brazilian Mastiff. The attached picture I took is of some of the pups at seven weeks. They all are very friendly and love to play (what puppy doesn't?). They have the Dane personality and temperament."