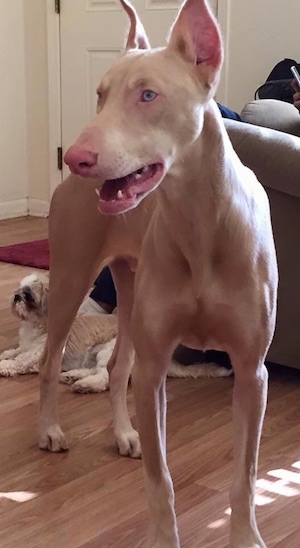 Styles Leiben Wrightson the male white Doberman Pinscher at 10 months old—"I have a purebred fully registered AKC white Doberman. I had to stay with my mother for a while and she owns a 3-year-old purebred white German Shepherd named Bailey who has never bred before. Accidentally and unknowingly they locked up. Now Bailey (the Shepherd) is going to have an amazing crossed from a white Doberman and a white Shepherd. I told my mom and she was not happy. She wanted to abort the puppies. I believe the puppies are rare and will have value so I stopped the abortion. Bailey is due to have the puppies soon and I will work on finding the pups homes once they're born." 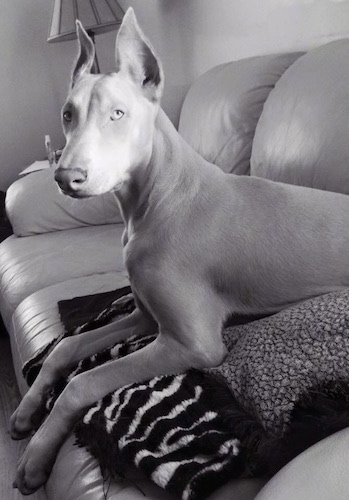 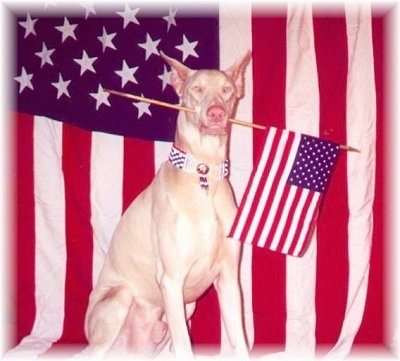 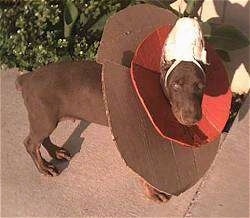 This Doberman Puppy just had its ears cropped. Owned by Dawn Smith 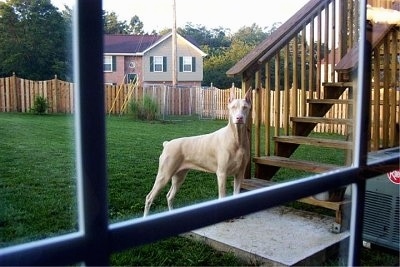 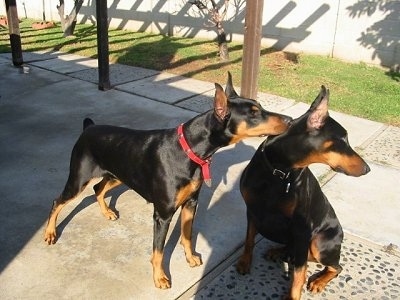 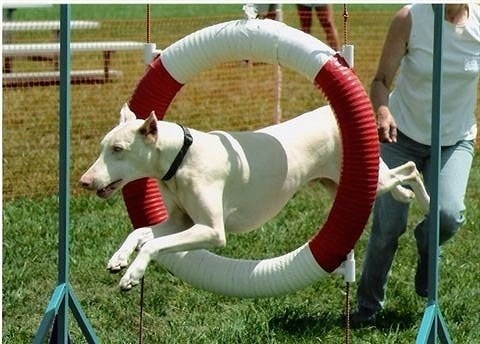 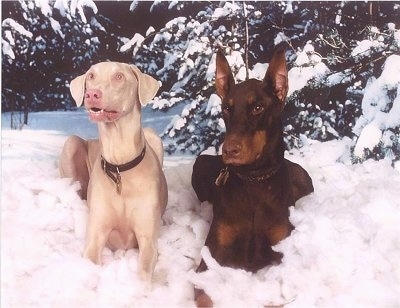 Trixie a white Doberman with natural ears (left) and Diablo a black and tan Doberman with cropped ears (right) laying in the snow. 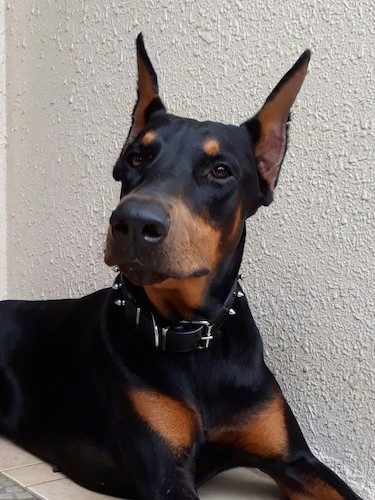 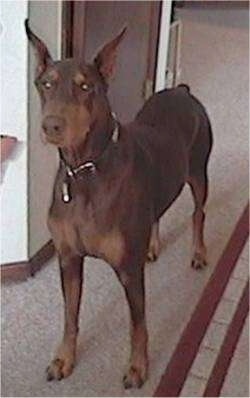 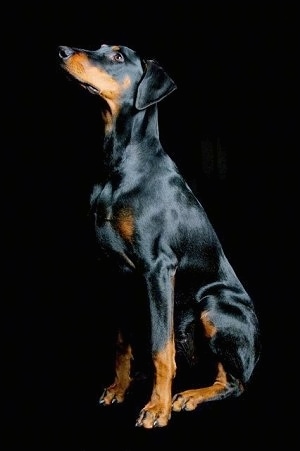 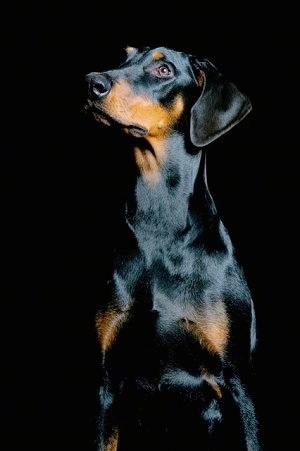 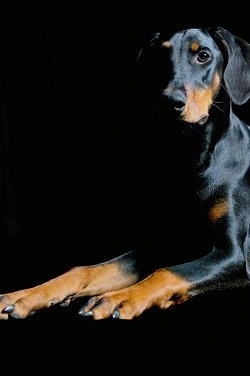