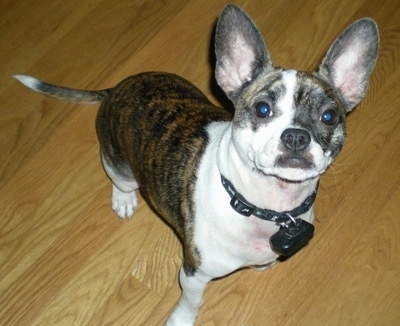 "Herman is a French Bullhuahua, shown here at about 1 year old. He is the descendant of a purebred Chihuahua mom and a full-breed French Bulldog dad. In general, Herman is a very fun-loving, loyal lap dog. He is an extremely easy to be around, very balanced dog. He doesn't bark very much and generally either wants to play tug-of-war, chew a Nylabone, or lie in someone's lap. He also likes to take walks, about 30 minutes once a day, and rides in the car.

"One of the issues I've had with Herman is skin allergies. I've yet to determine the cause, but giving Herman one 25mg Benadryl at night both helps his itching and helps him rest.

"I have read Cesar's "Pack Leader" book and applied much of it to training Herman from 8 weeks on. Now, over a year later, Herman is very well behaved and doesn't exhibit anxiety issues, aggression, or dominant traits. I firmly believe in the exercise, discipline and affection theory for training and owning a balanced dog."

The French Bullhuahua is not a purebred dog. It is a cross between the Chihuahua and the French Bulldog. The best way to determine the temperament of a mixed breed is to look up all breeds in the cross and know you can get any combination of any of the characteristics found in either breed. Not all of these designer hybrid dogs being bred are 50% purebred to 50% purebred. It is very common for breeders to breed multi-generation crosses. 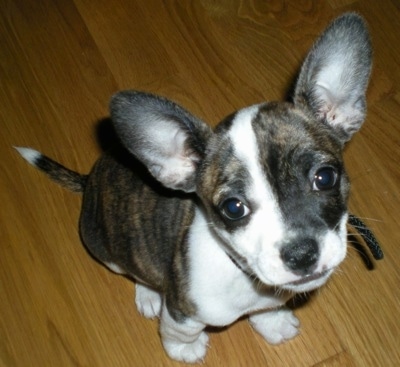 Herman the French Bullhuahua, shown here as an 8-week-old puppy 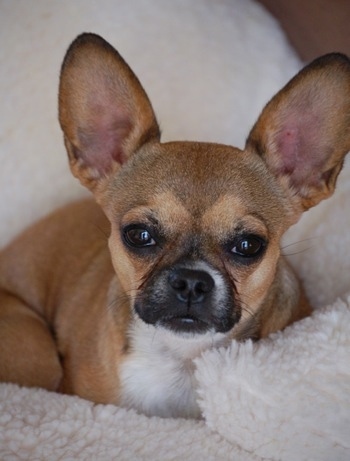 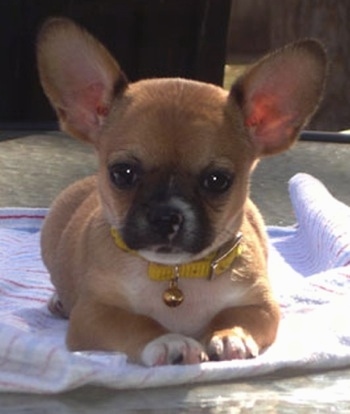 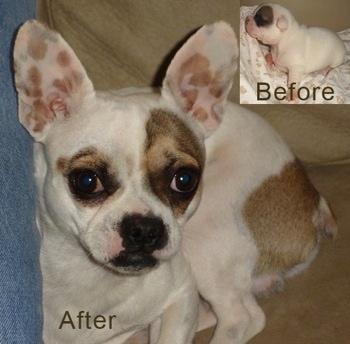 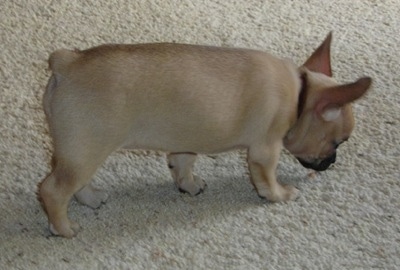 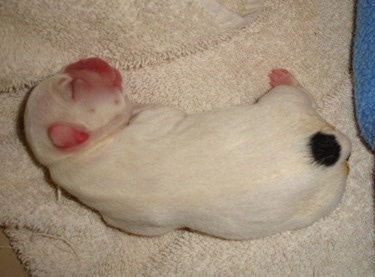 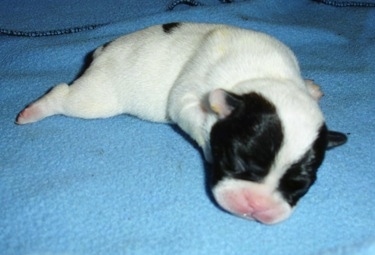 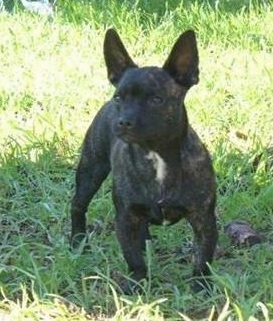 "This is my brindle French Bullhuahua named Stich at 7 months old. His mother is a purebred French Bulldog (black/brindle) and his pop is a purebred Chihuahua (white). Of the litter, all were white with black spots except mine. There were 5 born vaginally with 4 surviving. Two puppies were too large to come out and had to have an emergency C-section. Unfortunately , did not make it. I have seen each of the other pups and they all vary in appearance and size. Stich looked the most like a French Bulldog when he was little but has changed quite a bit. He is very unique and the talk of the park when we go for walks." 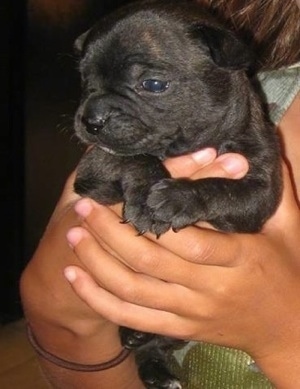 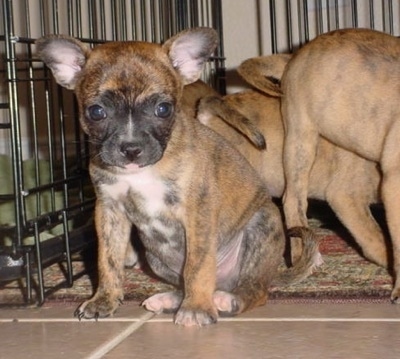