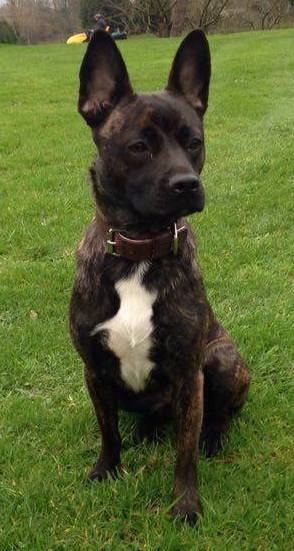 Laika the French Bulldog x German Shepherd mix breed dog at 9 months old—"My girlfriend and I adopted Laika from a guy who couldn't take care of her anymore. She's a pretty cool 40 lbs puppy. She's calm, quiet, lovely and very curious. She's not dominant nor glotonous. But she's not affraid of anything whether she has to face humans, dogs, cars... People (and dogs) are sometimes affraid of her, confounding her for somekind of pitbull (lots of people in France are very affraid of pitbull/amstaff breeds)."

The Frenchie Shepherd is not a purebred dog. It is a cross between the German Shepherd and the French Bulldog. The best way to determine the temperament of a mixed breed is to look up all breeds in the cross and know you can get any combination of any of the characteristics found in either breed. Not all of these designer hybrid dogs being bred are 50% purebred to 50% purebred. It is very common for breeders to breed multi-generation crosses. 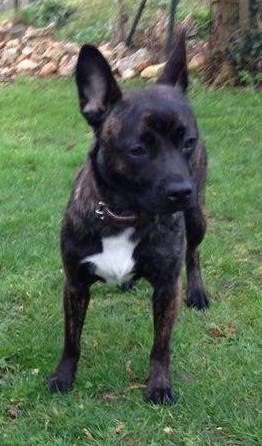 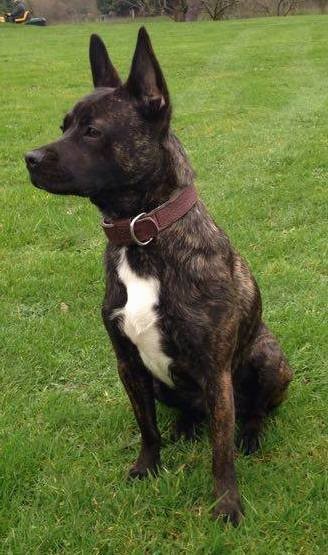