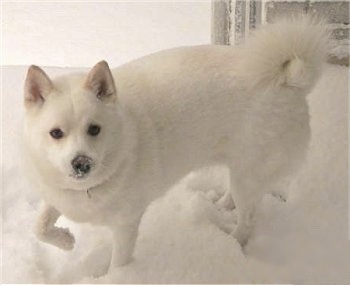 Shilo the Shiba Inu / Eskimo mix breed dog (Imo-Inu) at 3 years old—his owner says, "His temperament is that of a Shiba. He is very self-sufficient and ornery. If you tell him to lie down, he will stand up; if you tell him to sit HERE, he will sit there; if you tell him to come on the bed, he will go underneath. He loves his toys, especially his rubber ball that squeaks, and pulling the stuffing out of ALL stuffed animals. He is gentle with our pet turtle, and loves to play with our friend’s daughter after he got used to her, and his favorite thing is to lick and lick and lick."

The Imo-Inu is not a purebred dog. It is a cross between the American Eskimo and the Shiba Inu. The best way to determine the temperament of a mixed breed is to look up all breeds in the cross and know you can get any combination of any of the characteristics found in either breed. Not all of these designer hybrid dogs being bred are 50% purebred to 50% purebred. It is very common for breeders to breedmulti-generation crosses. 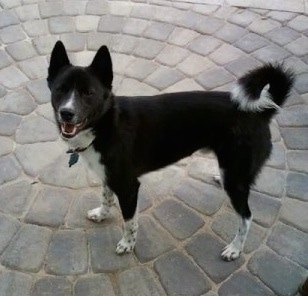 "This is our little boy Jack at 1 year old. He is king of his yard and will hunt down anything that enters, and he will stand guard till the threat he perceives is gone. While on leash at the local park he stopped, looked at a stand of trees, I looked and saw nothing. Two seconds later he took off, ripping the leash from my hand and chased several white-tailed deer for 100 yards or more. He didn't catch them but had a ball chasing them. I now know the look or his alert signal so I am prepared for this. He has been a handful for the both of us from day one, but with some effort and training he has become a great dog and we are so lucky to have him."

Imo-Inu puppy—its mother is a Shiba Inu and father is a miniature American Eskimo dog, photo courtesy of D&D's Kennel 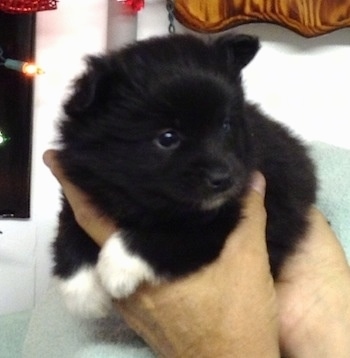 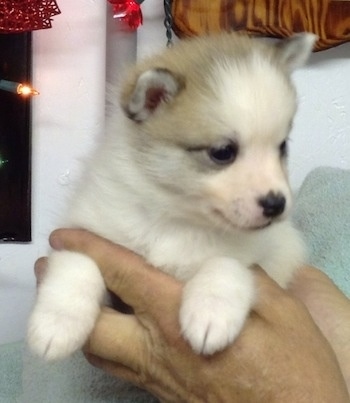 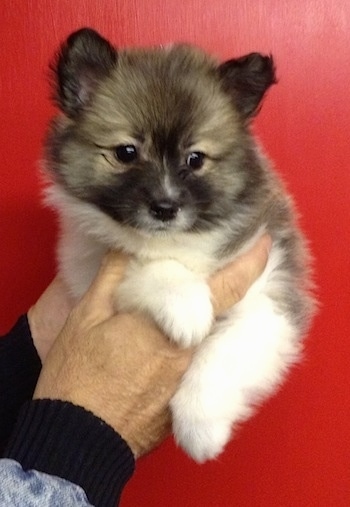 Eskinu puppy at 8 weeks old—"This pup and the one below are both from the same litter. They have very sweet personalities and should not grow to be over 20 pounds when adults. All of our past buyers have loved them. Very nice designer breed!" Photo courtesy of D&D's Kennel 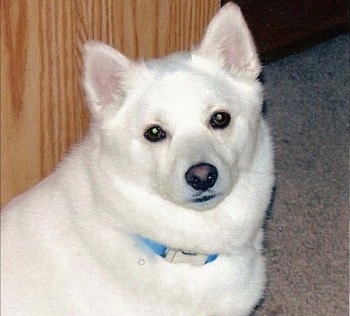 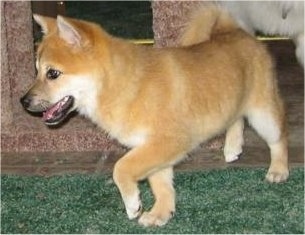 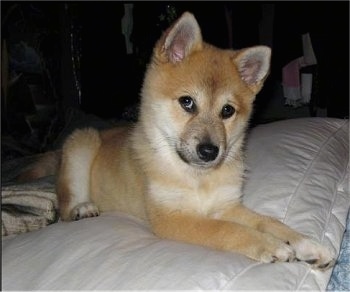 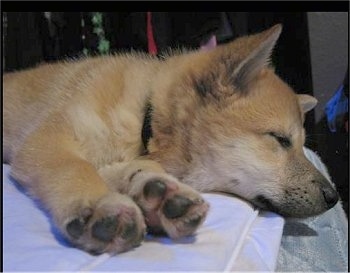 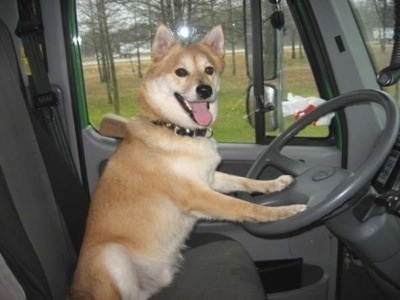 "Stryder at 2 years old—he travels across the country in a semi-truck everyday with us. He is our best friend, and has a very playful spirit. He loves to find toys in the shopping bags every time we come back from the store. He is as awesome as he looks."