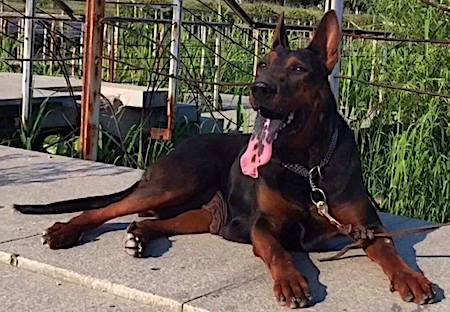 The Laizhou Hong is a large molosser type dog. The dog’s body is longer than the height at the withers. Their head is muscular, strong and proportionate to the rest of the body. They have a very pronounced skull with a longer nose which is as long as the top of their head. The forehead is flat and runs parallel to bridge of the nose. They’re stop, where the end of their nose meets their forehead, is defined. These dogs have a broad, black nose and wide nostrils. Their nasal bridge and muzzle are straight and long and they have lips that fit the shape of their jaws tightly. Their gums can be dark and they can also have dark spots on their tongue. They have powerful jaws with a scissor bite. Even though they have a strong head, their cheek muscles are only slightly defined. This breed has almond shaped eyes that are defined and known to have an intelligent look. Their eye color can be a spectrum of light amber to dark brown. Their wide, tall ears stand straight up and are slightly curved at the tip. They have a wide neck with close fitting skin that is proportionate to their body and head. They have pronounced withers where their neck meets their straight back, making it so they seem very alert. Their croup is a medium length and rounded while still being broad. Their chest reaches to their elbows, giving them a bigger, more muscular look. The depth of their chest is half the height at the withers. The dogs ribs extend almost all the way to the rear and their tail is longer in length, reaching to their hock, or ankles. It is also medium thickness which tapers toward the end. On their tail is bristle-like hair and their tail hangs with a slight curve at a rest position. They have straight legs that are well defined from all angles. Their shoulders are laid back, their upper thighs are dense and their elbows close in toward their body for a tough appearance. They have arched front paws and their nails are black. Their back legs are also straight, well defined, and muscular. They have tight fitting skin with short fur that is dense, smooth, and glossy. Their coats are black with reddish tan markings on their muzzle, throat, cheeks, legs, and chest. They also have markings over their eyes and under their tail.

The Laizhou Hong is known to be very calm, loving, and friendly to everyone. They are a loyal breed and want to please their family. They also love to work and are hardy and strong. Laizhou are known to be independent, confident, and adapt well to new surroundings. They are used as working dogs, guard dogs, and companion dogs.

Will do okay in an apartment if sufficiently exercised, but does best with at least an average-sized yard.

The Laizhou Hong is very energetic, with great stamina. They need to be taken on a daily, long walk or jog, and need to be made to heel beside or behind the human holding the lead, as in a dog's mind the leader leads the way and that leader needs to be the humans.

In the 19th century, Shandong province as well as other parts of China were colonized by German soldiers. The Germans used working dogs such as the German Shepherd, Rottweiler, Great Dane, and the Shandong Xian Hound. After years of breeding these dogs together, the Laizhou Hong was established as its own breed. 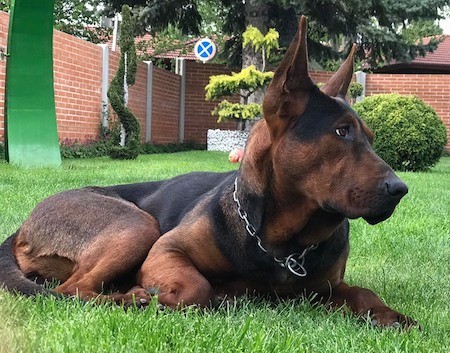 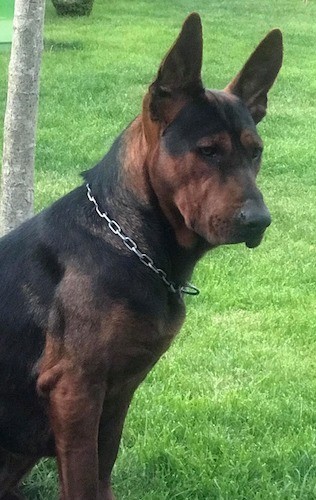 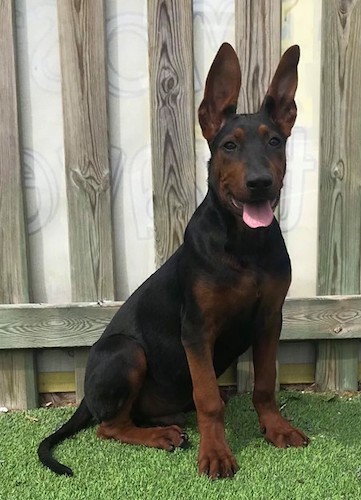