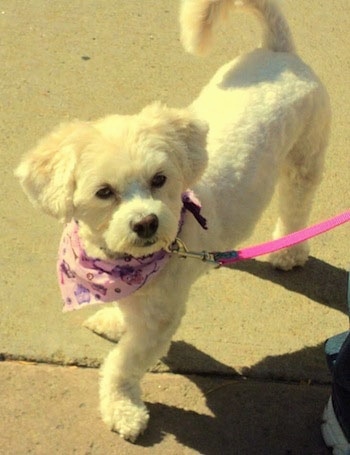 Daisy the Lhasa-Poo at 4 years old—"We got Daisy from a breeder we had previously adopted from. Little did we know that breeder had passed on and someone else illegally took over his license and was starting a "puppy mill". I therefore THANK GOD we got Daisy when we did. She was SUPPOSED to be 10 weeks old, but being my 3rd dog, I knew that she was much younger. She had trouble eating and she seemed to have some sort of sight or neurological issue going on. She would scream, not yelp, but SCREAM if you put a collar on her. The vet checked her over and according to her dentition she was but 6 weeks old. He also discovered that she had no peripheral vision in either eye. The vet did a CT scan and found she had taken blows to the head. I know God sent her to us. After a long 6 months of playing "Doggy mommy mommy mommy", I adapted her to eating and we had to learn to play to maximize her use of central vision. It took a year, but she is now fine on a leash and collar. She is a DELIGHTFULLY happy, vocal, unbelievably smart and sassy little girl. She loves toys and she loves to run and will play with any dog she sees. She is my fuzzy baby and I love her and her crooked paws. This is a fabulous hybrid. Just be SURE that you investigate the breeder. We had him shut down and arrested. Especially out of state you can never be too careful. I'm just glad we were able to rescue her from a house of horrors. She doesn't shed, but for you allergy folks, these doggies carry pollen in their hair, don't forget. It's not the hair, it's the pollen." 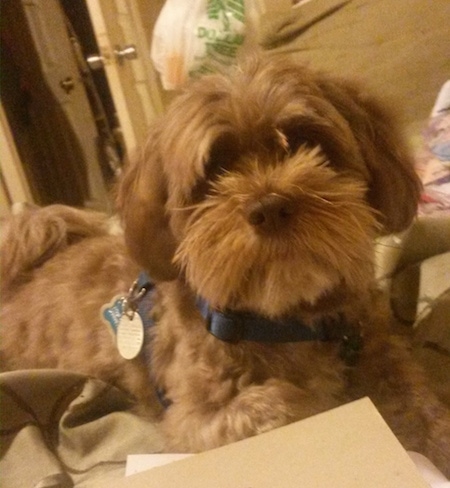 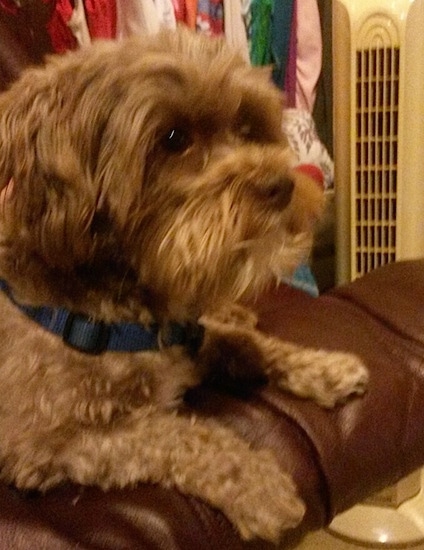 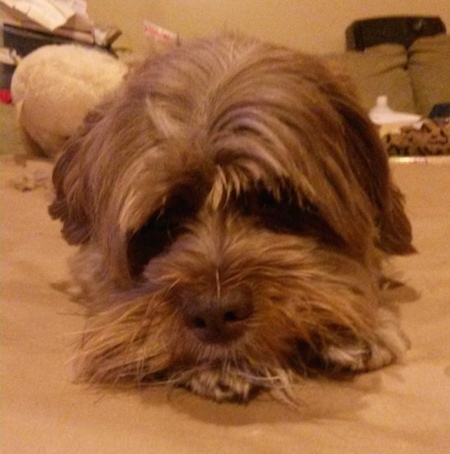 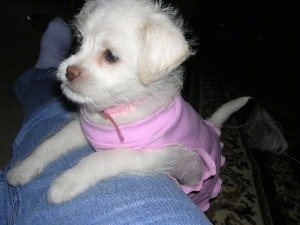 Angel the 9-week-old Lhasa-Poo—"Her mother is Lhasa Apso and her father is a Miniature Poodle. She looks more like her mother, the Lhasa Aspo. Her owner says, "She is very smart, playful and housetrained. She's just like a baby and loves the attention we give her."” 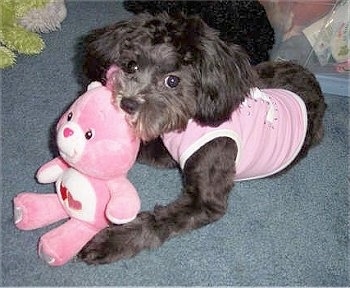 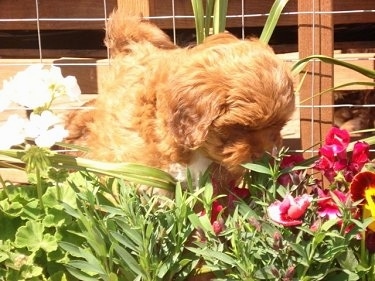 Pandora the Lhasapoo puppy at 8 weeks old (Lhasa Apso / Poodle mix)—"Pandora is very loving. She did pretty well with crate training last night, though she cried for a few minutes before falling asleep. She slept with our Dachshund Precious and I think that helped. She already went potty outside by herself, but she also had an accident in the house. She is very smart and seems to learn quickly. Also her fur is so incredibly soft. Pictures just don’t do it justice. Overall, she is so far a wonderful dog and addition to our family." 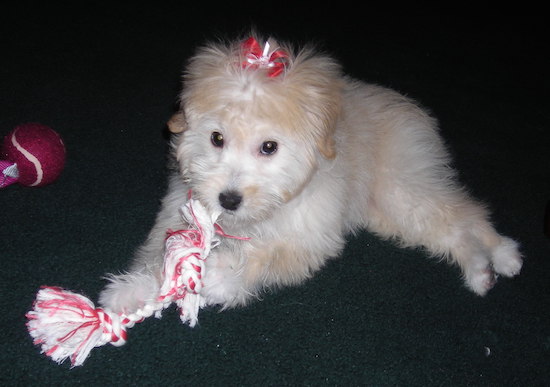