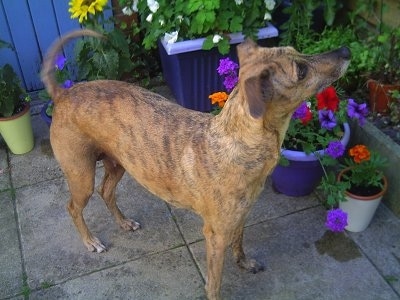 "This is my dog; my Vet said she was a smooth-haired Lurcher. I bought her five years ago from Harper Hey near Bellevue Racetrack. I think she is the result of a mating between a Greyhound and father 'unknown. She has a beautiful nature, runs in a wide circle when out for walks, chases anything that moves, my three cats beat her up from an early age, but woe betide any strange felines that come into our garden!! Always had Boxers in the past but she was found in the canal and all the other pups were dead, so how could I resist?" 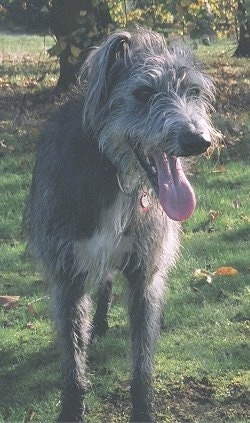 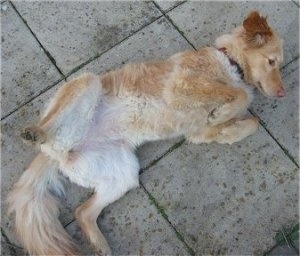 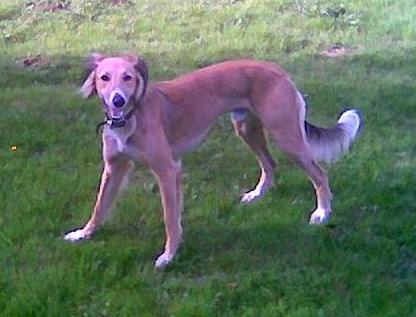 "This is Gyp, my 13-month-old Saluki cross. He is believed to be a Saluki x Greyhound, or possibly Saluki x Collie x Greyhound. He is 25" at the shoulder, with feathered front and back legs, large, longhaired ears (sometimes he carries them like a Greyhound, other times like a Saluki), and a very long, well-feathered tail. I got him at 7 months old; his previous owners rescued him from travelers in Wisbech, Norfolk, UK at about 3 months old (hence Gyp, shortened from gypsy), but he quickly outgrew their house and needed a new home. He is a working dog, regularly catching rabbits, and will be used as a stud when he's a little older as he is a very useful sort of dog for producing good working pups, due to his sturdy bone structure. Although he grew up with cats he can be a bit of a menace around older ones, but he gets on fine with my 5-month-old kitten. I have grown up with, kept, and bred Lurchers since I was tiny, and he's one of the best I've ever had!" 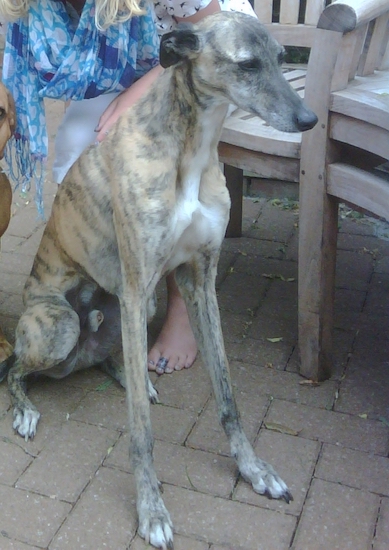 "Jed the Whippet x Greyhound/Saluki mix breed dog at 6 years old. He has a superb temperament, and is an excellent hunter. He is extremely obedient, so much so that he does not require a lead when being walked even if a cat appears." 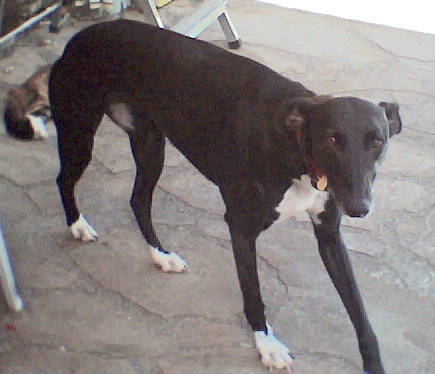 "This is my Lurcher. She is 6 years old in this picture and her name is Tilly. We live in the south of France and often get strange looks as they have never seen a Lurcher before."