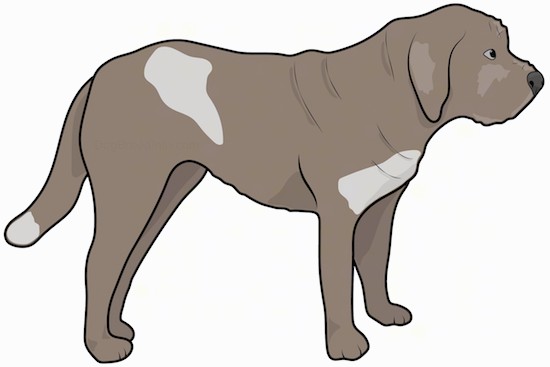 The appearance of this dog was largely unclear. Some say the Molossus was a very large, muscular dog with thick legs and a wide chest. Others say that the Molossus was more of a sighthound type of dog with straight, tall legs and long ears. Another description of the breed states that they were very generic looking being a medium sized dog that could vary in appearance. All in all, no one really knows what the original Molossus dog looked like.

This dog was known to be fierce, ferocious, and loyal to its owner. They were used as war dogs and were trained to fight to the death. They were also used as guard dogs and hunting dogs so it is likely that they were easy to train. They spent most of their time outside since they were bred for certain tasks rather than as a companion dog.

There are no records regarding Molossus health issues.

These dogs lived with armies and farmers, mostly outdoors or traveling. They needed large open spaces to perform their jobs and probably would not have done well in a small living space.

Since these dogs were trained and bred for the war, hunting, and guarding or herding livestock, these dogs spent most of their time outdoors. This means that they had a lot of stamina and energy and required an immense amount of daily exercise.

There are no records of the life expectancy of the Molossus.

There are no records of the litter size of the Molossus.

Molossus dogs probably only needed to be groomed or get baths when necessary.

The Molossus originated in ancient Greece in Epirus which was located where Macedonia, Greece, Albania, and Montenegro are today. There were a mix of tribes of both Illyrian and Greeks and no one is sure what nationality the Molosi tribe of Epirus was, which is where the Molossus dog is from. Because of their war dogs, the Molossi tribe was known to be the most powerful people in the region. It is unclear where these dogs were before the Molossi tribe made them their own although some say they derived from the Persian tribe in the 5th Century AD during an invasion between the Balkans and the Greek which the Molossi joined to help. Others say that the Molossus dog was bred from local dogs in the area.

The Molossus dog became extremely popular throughout the world during the Hellenic period. In 411 B.C., about 80 years after the Greco-Roman war, a play referenced a Molossian Dog. A while later in 347 B.C., Aristotle recognized the Molossus breed as a type of dog rather than its own singular breed. He described two different dogs, one that was suggested to be a guardian dog for livestock, and another that was a coursing dog. This information may describe why the descriptions of the Molossus dog can be either vague or different from one another.

The Molossus was originally only owned by the Molossi people although overtime they spread through the region and across the land. The Molossus was used as war dogs in countless wars during this era. In the Fourth Century B.C. they accompanied King Philip II in his conquest of Greece, they also aided in the conquering of land from Egypt to India with Alexander the Great. When these lands separated into various territories, the Molossus dogs still spread through the land as they had before. During the Macedonian Wars, Rome took the Molossus breed for themselves as they were the most powerful war dog at the time. The Molossus would be the most prominent war dog in the region until the Roman Empire collapsed in the second century B.C.

The Molossus traveled with the Roman army and the breed spread the wherever they went although they became the most popular in Italy. The Molossus were talented in many areas and were bred for a large amount of tasks. They were able to guard livestock and property, hunt, herd livestock, dog fight in a Gladiator arena, and fight in wars among the armies. Although there are little to no descriptions of this dog breed from the ancient times, it is said that the Molossus was similar to the Mastiff breeds of today. Since there were no drawings of a Mastiff-like dog from the ancient times, some say that the Molossus actually looked more similar to a sight hound since the only depictions of dogs from back then were thin, tall, and lean.

A poem written in 284 B.C by M. Aurelius Olimpias Nemesianus holds more evidence of the Molossus possibly being a sighthound. In his poem he states that the Molossus had long, straight legs with flowing ears as it ran. This information points more to a lean sighthound than a Mastiff however Molossus dogs were also bred as hunting dogs and ran long distances so it is still uncertain what this dog looked like in the beginning.

Another theory is that the Molossus was a dog with a very normal and generic appearance which is why they could have such vague descriptions. In this theory, the Molossus was a medium sized dog that could have been similar to today's modern Pit Bull where they can either be tall and lanky or shorter and more muscular.

The statue in Britain known as Jenning’s Dog may be the only piece of artwork that is agreed upon to depict the Molossus. In this piece the dog had a longer coat and looks similar to a shepherd, more specifically the Illyrian Shepherd, also known as the Sarplaninac. These dogs were used for the same purposes as the Molossus and is also from the same area as the Molossus.

In the 2nd Century A.D., the Roman Empire began to collapse and with it the Molossus started to become less and less prominent. The Molossus was bred with other dogs and became different than the original Molossus war dogs which resulted in different names.

Now, there are Molosser groups within various Kennel Clubs which include Mastiff and bully-like breeds. The Molossus is not a dog itself but rather a category that other dogs are a part of. 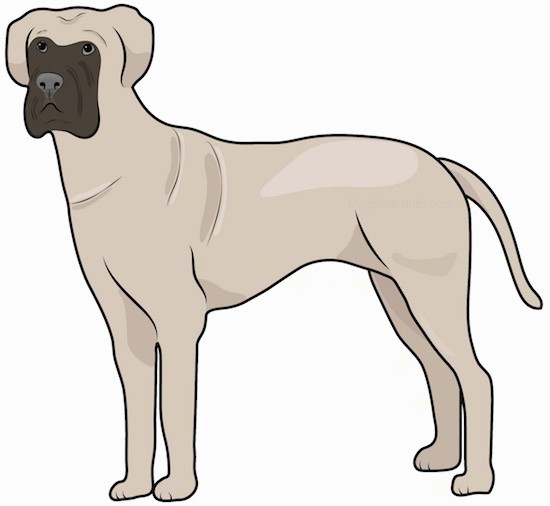