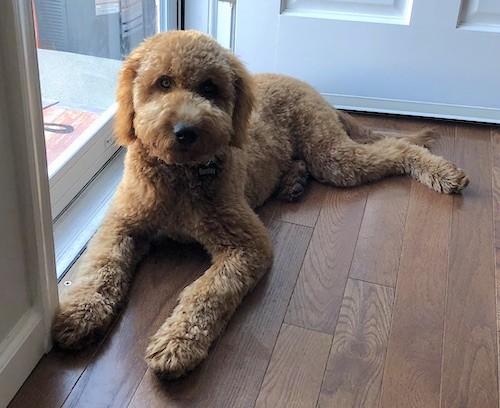 The Miniature Goldendoodle is not a purebred dog. It is a cross between the Golden Retriever and the Toy, Miniature or small Standard Poodle. Some Miniature Goldendoodles are being bred as a first cross between a Golden Retriever and a Miniature Poodle. Some have Toy Goldendoodle in it. These two smaller sizes of Goldendoodles are achieved sometimes by surgical insemination or artificial insemination, but not all breeders perform this method of breeding. The resulting puppies may or may not be miniature in size. The theory is that they will be somewhere in between the Miniature Poodle's size and the Golden Retriever's size. The best way to determine the temperament of a mixed breed is to look up all breeds in the cross and know you can get any combination of any of the characteristics found in either breed. Ask the breeder you contact which method of breeding they used to produce the Mini Goldendoodle. Not all of these designer hybrid dogs being bred are 50% purebred to 50% purebred. It is very common for breeders to breed multi-generation crosses.

There are a few different ways breeders are producing Goldendoodles.

F1 = 50% Golden Retriever and 50% Poodle: This is Golden to Poodle cross; this is first generation, resulting in healthier offspring. Hair type can be smooth like a Golden or wavy/shaggy or occasionally wiry like an Irish wolfhound (but with a softer feel); they can shed or not shed; pups in the same litter can vary.

F1-B = 25% Golden Retriever and 75% Poodle (F1 Goldendoodle and Poodle cross): This is Goldendoodle bred back to Poodle. 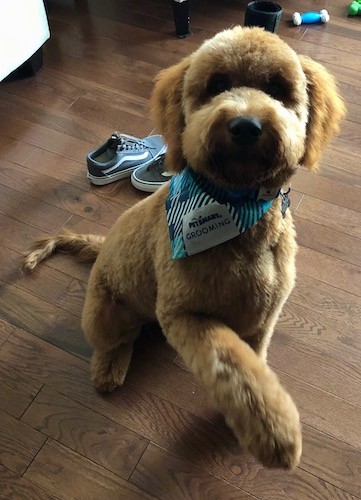 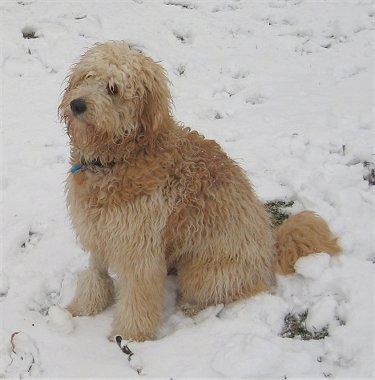 Otis the F1 Mini Goldendoodle— "This is Otis in his first snowfall (he loved it!). He's 9.5 months old and weighs 36 pounds in this picture. He has not yet been professionally groomed, but his shaggy coat is very low maintenance (and we think it's very cute...)." Photo courtesy of Dreamdoodles 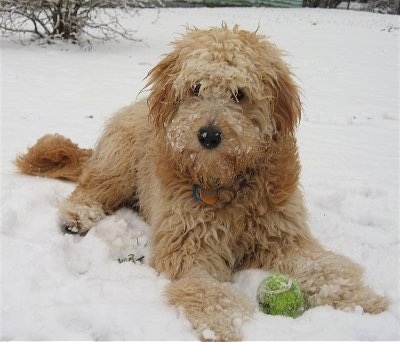 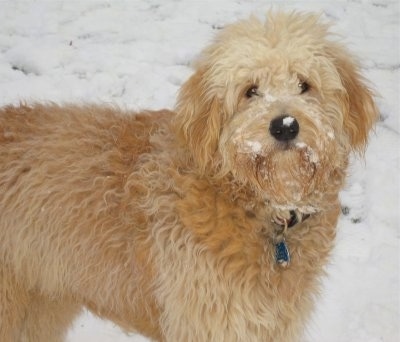 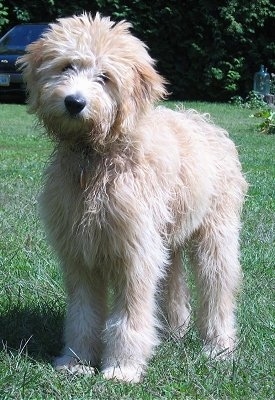 Otis the F1 Mini Goldendoodle at 5 months old— "His mother was a Golden Retriever and his father was a Miniature apricot Poodle. He is a wonderful dog, he is affectionate and smart and he was very easy to train. Otis is extremely friendly with people and dogs; he can charm anyone with his goofy way. And he doesn't shed! We think he'll end up at around 35-40 pounds when fully grown." Photo Courtesy of Dreamdoodles 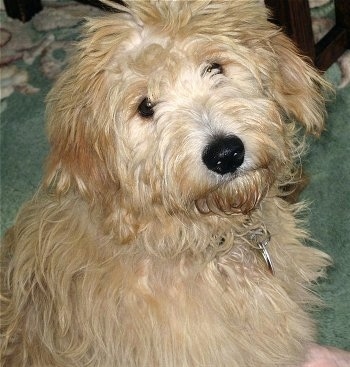 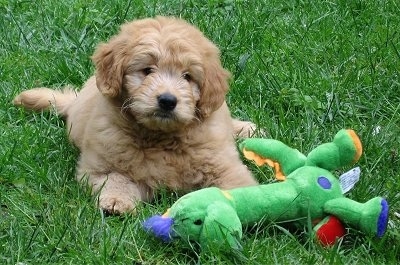 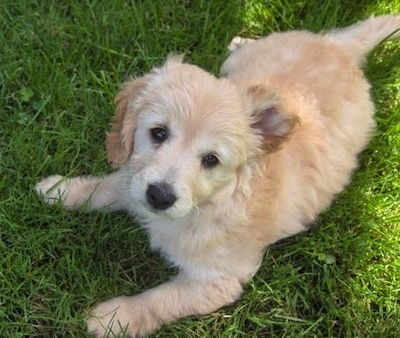 "This is my puppy Maggie May at just about 8 weeks. She is a Miniature Goldendoodle F1. Father was Mini Poodle and mother was a Golden Retriever. She has a weird ear. Her left ear never grew properly, but she can hear perfectly out of it. It just isn't long enough to flop over like her right ear does." 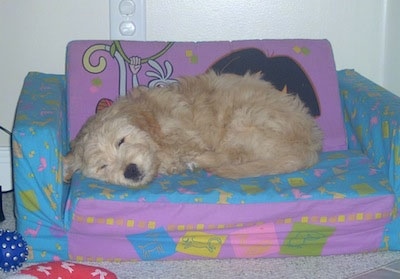 This is Maverick, our Mini Goldendoodle sleeping on his couch bed. 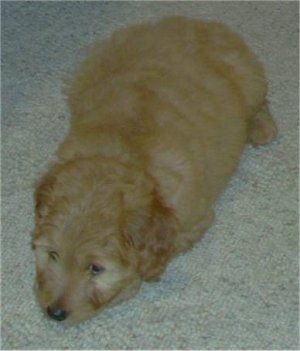 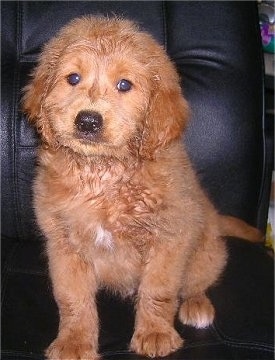