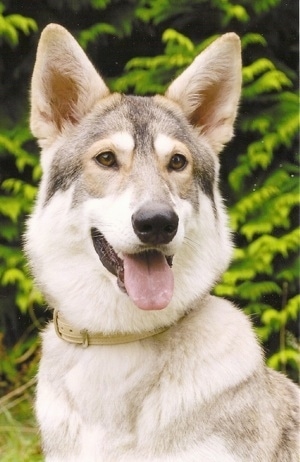 "Kodi the female Northern Inuit at 18 months old—she is very lively, she likes to swim in the sea and in lakes. She is a very calm dog and is always happy to accept another dog. She also loves a ride in the car, and has come in 1st in many events for prettiest female."

The Northern Inuit Dog is bred to look like a wolf. Its double coat is short and dense. Coat colors include pure white, pure black and shades of sable with or without a white face mask.

The Northern Inuit Dog will do best with a fenced in yard.

This breed needs daily exercise and adequate space. They need to be taken on a daily, long, brisk walk or jog.

The weather-resistant coat of the Northern Inuit Dog should be combed and brushed regularly. Bathe only when necessary as it removes the natural oils in the skin.

Created in England in the 1980s by crossing breeds such as the German Shepherd Dog, Siberian Husky, Alaskan Malamute, Labrador Husky, and Canadian Eskimo Dog. 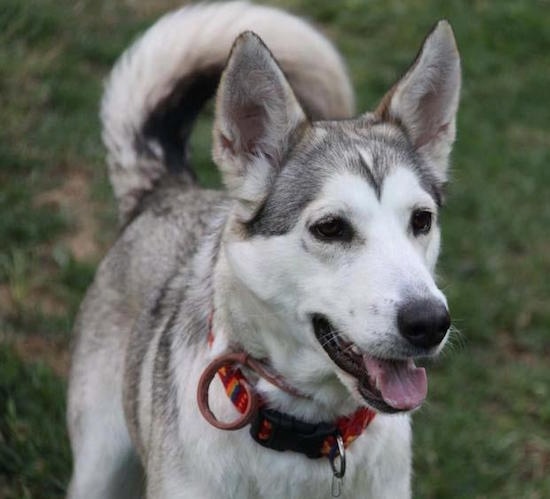 Tara the Northern Inuit Dog at 10 months old—"Tara is extremely friendly, clever and playful. She loves long walks, especially to the beach, where she loves to swim. She easily learned to sit and knows other commands. Still working on the command "speak". It seams she cannot understand anything that has no logic. She hates the leash and I must admit we rarely put her on a leash. She gradually learned to heel, but still is weak when spotting a cat. She loves to chase neighborhood cats, otherwise she is very friendly with our cat "Mimi". Tara has brought much joy to our family!" 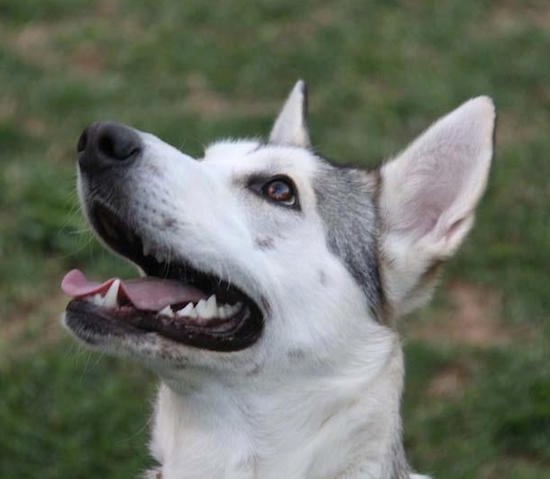 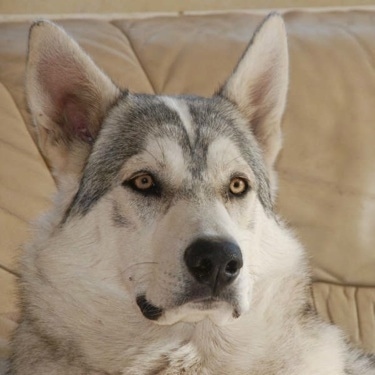 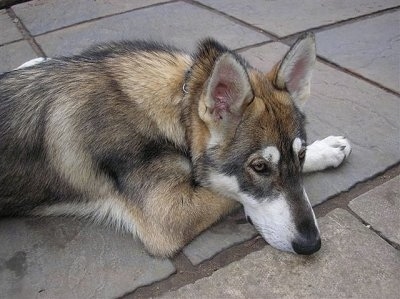 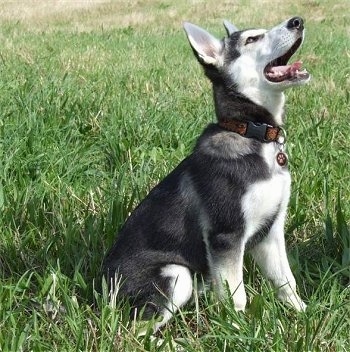 Freya the Northern Inuit Dog puppy at 14 weeks old— "She is a fabulous dog…striking looks and a wonderful, loving personality." 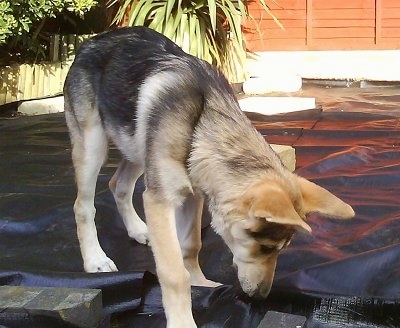 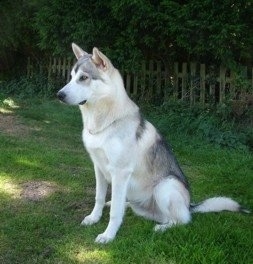