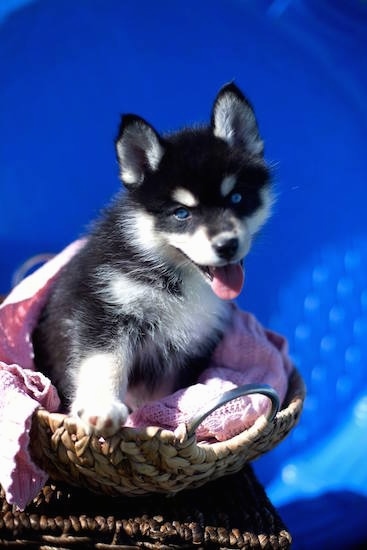 Chloe the Pomsky as a puppy at 8 weeks old—"Chloe is such a ham. She loves to run and then she loves to have nap-time. She checks everything out and loves people and other animals. She is not afraid of anything. Such a joy having her in our home."—Courtesy of Mountain Shadow Pomskies

The Pomsky is not a purebred dog. It is a cross between the Pomeranian and the Husky. The best way to determine the temperament of a mixed breed is to look up all breeds in the cross and know you can get any combination of any of the characteristics found in either breed. Not all of these designer hybrid dogs being bred are 50% purebred to 50% purebred. It is very common for breeders to breed multi-generation crosses. 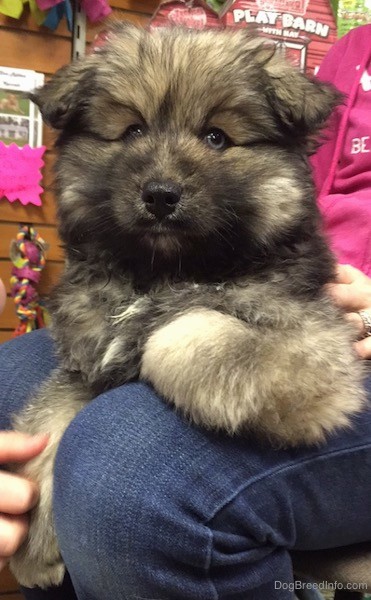 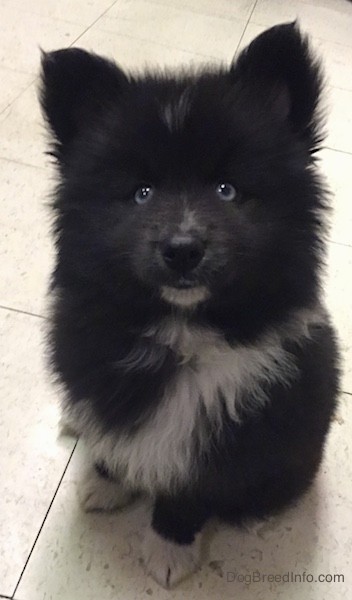 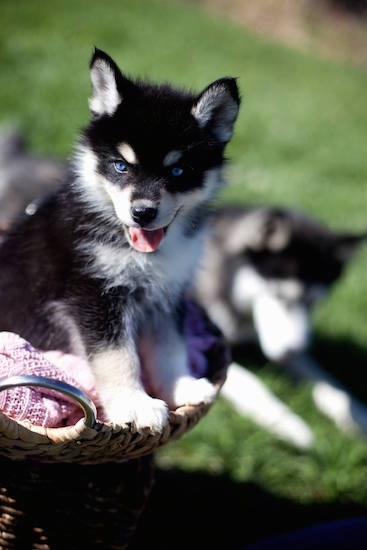 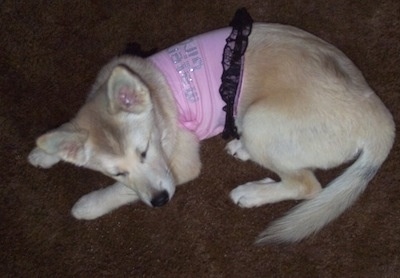 "This is Juno. She is half Pomeranian and half Siberian Husky. She is 7 months old and weighs 12 pounds. She is 100 percent Husky in personality (i.e., independent, chews on everything, strong-minded, mischievous and intelligent). She is everything that a Husky should be. She loves other dogs and all people." 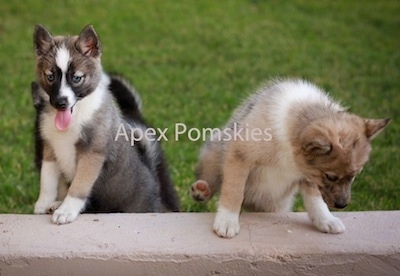 "These are Noki and Meep the Pomsky puppies when they were only 10 weeks old. They are sisters from a litter we had out of a Husky and our Pomeranian. They are incredibly intelligent and loyal. At seven months they are 1/3 the size of my Huskies and still fit in my lap and are easy to carry around." 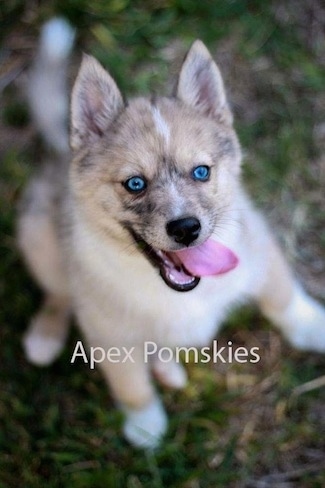 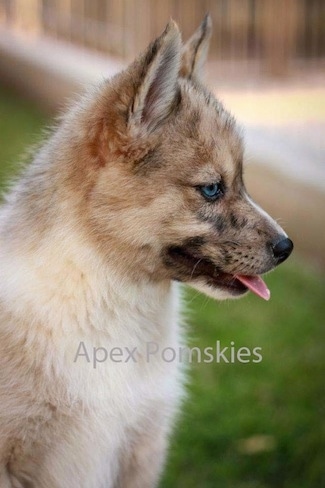 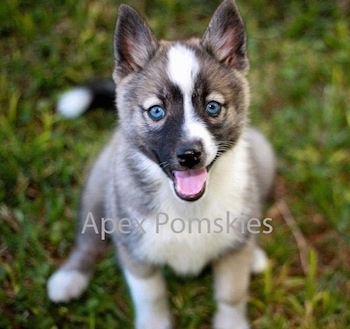 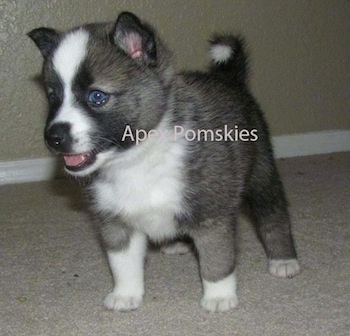 See more examples of the Pomsky