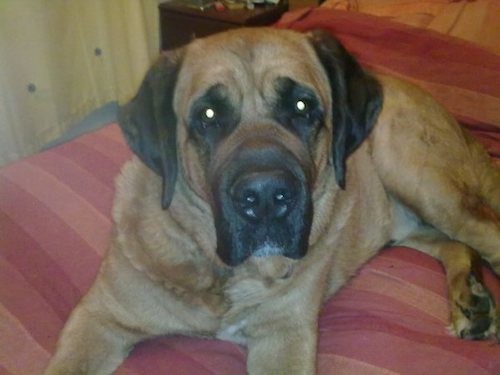 "My dog Max is huge. He is a Saint Bernard / German Shepherd mix, shown here at age 4. He is extremely lazy. He does not enjoy exercise of any type, he has a very very good temperament, is absolutely brilliant with children and other dogs. He is overly friendly really as he just thinks everyone will play with him and he runs at them. Because of his size, people are often worried that he will be nasty, not true of him at all."

The Saint Shepherd is not a purebred dog. It is a cross between the Saint Bernard and the German Shepherd. The best way to determine the temperament of a mixed breed is to look up all breeds in the cross and know you can get any combination of any of the characteristics found in either breed. Not all of these designer hybrid dogs being bred are 50% purebred to 50% purebred. It is very common for breeders to breed multi-generation crosses. 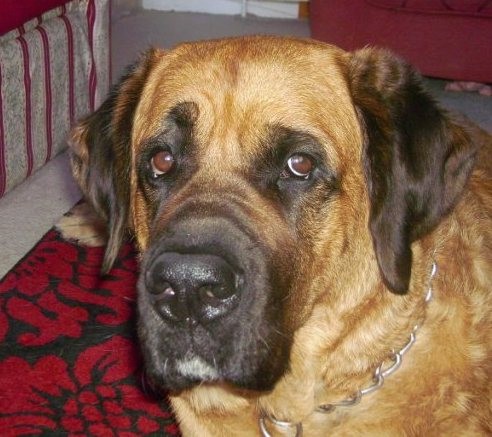 "Max has a mad 5 minutes when he runs round and round and he looks so funny because he has the St Bernard jowls that flap up and down as he runs and his teeth show (like Hooch from Turner and Hooch) and his tongue lolls up and down too." 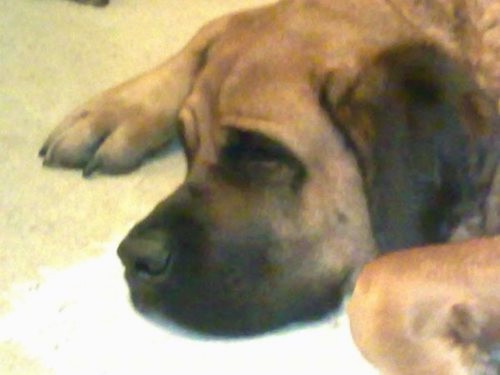 "Max loves to sleep, he would sleep 22 hours a day if allowed and eat for the other two hours. I don't let him eat over his daily limit as I do not want to put pressure on limbs, joints and heart etc. It's a myth that big dogs have to eat big dinners." 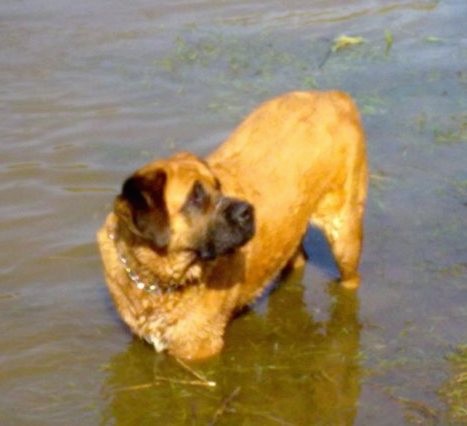 "Max is so loving, friendly, stupid and playful. I adopted him from a rescue shelter. He had been there for 7 months and had 4 homes before I took him in. Previous owners said he was too big and boisterous, what do they expect from a dog of this size? You cannot really see the German shepherd traits in him accept for his colouring." 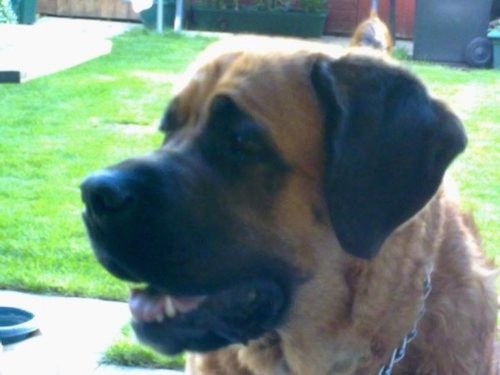 "Max moults way way too much, I strip him once a month and brush him every day to remove old/dead hair and keep him clean as it's almost impossible to get him into a bath." 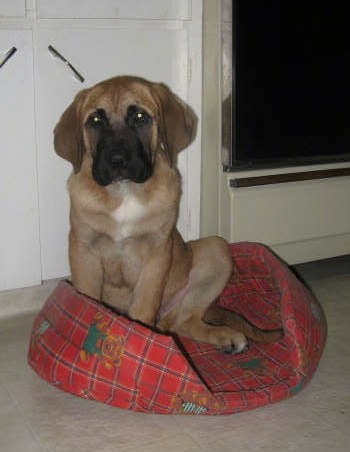 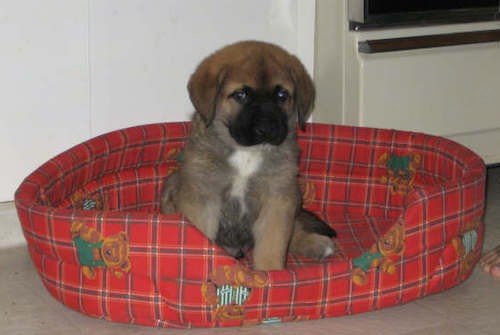 Diablo the Saint Shepherd as a puppy at 5 weeks old 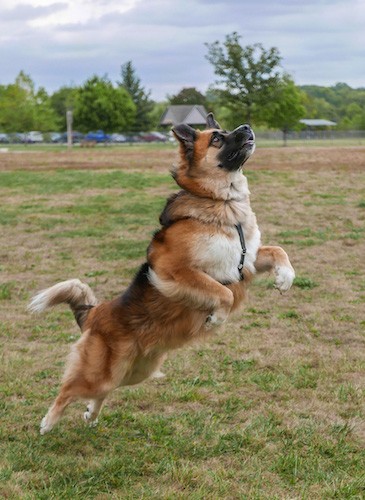