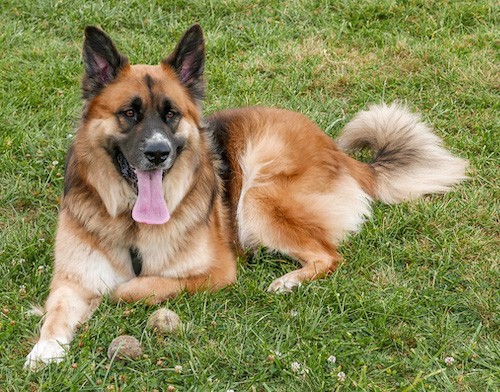 "This is Wally, an approximate 4.5 year old St. Bernard/German Shepherd mix dog that we own. Wally was abandoned in a WalMart parking lot (hence his name) in Davenport, IA. A car screeched to a stop, the driver was yelling at the dog, pushed him out, then sped off. He was severely underweight and full of fleas/ticks. The K-9 Kindness Rescue in Davenport nursed him back to health and my wife and I then adopted him. The vet believes he was about one year old when he was rescued. Everyone, including ourselves, wondered his breed so we did a DNA test that came back as a Saint Bernard / German Shepherd mix. He is 120 pounds, but a true gentle giant. The perfect dog (except for his constant shedding). We have another rescued 10 year old Rottweiler mix dog (Muggles) and two cats and it is a love-fest between them. We are so grateful and fortunate that the K9 Kindness Rescue chose us to adopt Wally out of over 30 adoption applications. We also adopted Muggles from K9 Kindness when she was a puppy." 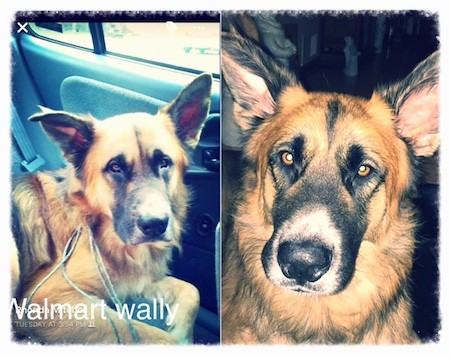 Wally then and now 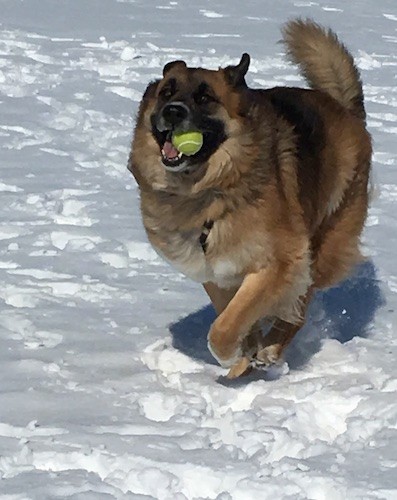 Wally the Saint Bernard / German Shepherd mix at about 4 years old playing ball in the snow. 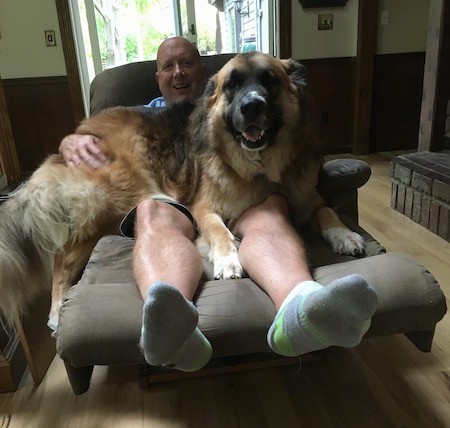 Wally the Saint Bernard / German Shepherd mix at about 4 years old with his owner trying to be a lapdog. 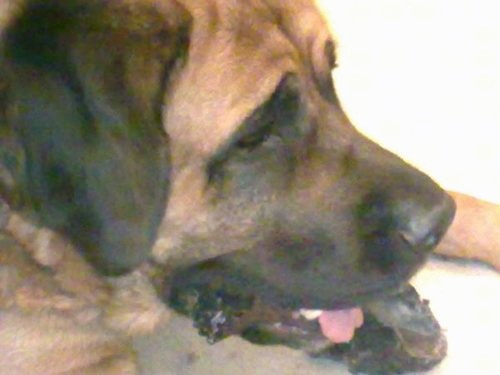