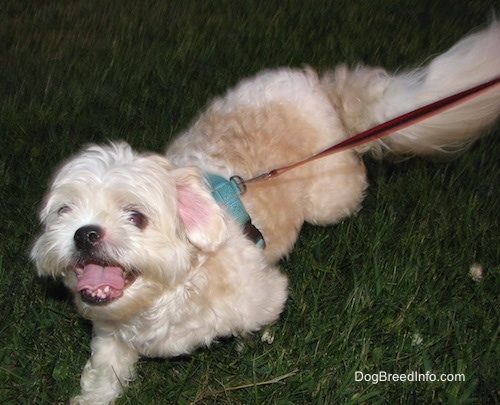 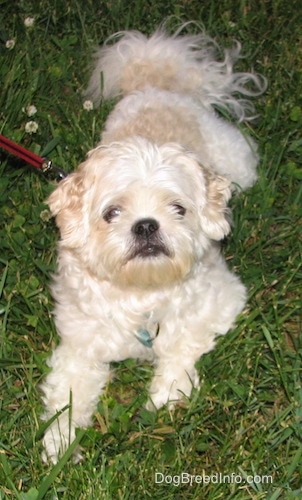 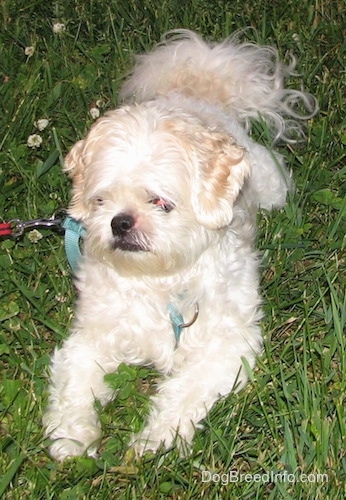 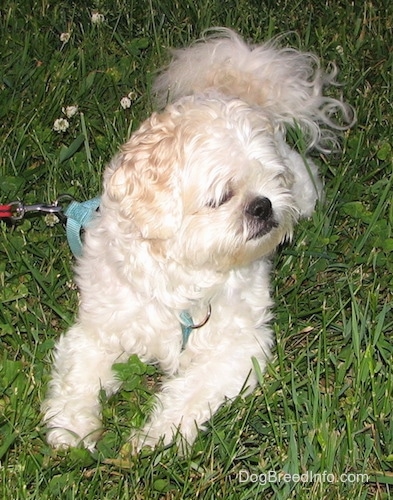 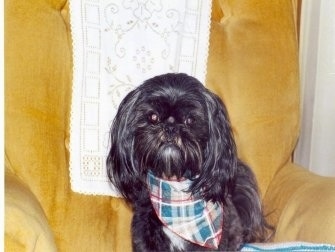 "My little Shih Tzu Kismet at 12 years old—there is a long story that goes along with her name. I had wanted a puppy for years, but because of the allergies I had to animals, I deemed it wiser not to get one. Then a friend of mine who had one allowed me to baby sit hers, at first for a day, then longer each period. I learned that I had no reactions to them, especially the dreaded asthma attacks. As a result I arranged to get one, and found a breeder that had just had a litter—three males and two females. I fell in love the first time that I saw her at the age of one week old, but unfortunately she had already been promised, so I settled for her sister. The weeks went past and the week before I was to get her sister I got a phone call asking if I would accept her instead—Kismet means fate, and fate was working for me—and so she inherited a fitting name to a beautiful, young girl. She is the centre of attention in my family, and my little shadow, sleeps with me, lies beside me on the floor no matter where I am at." 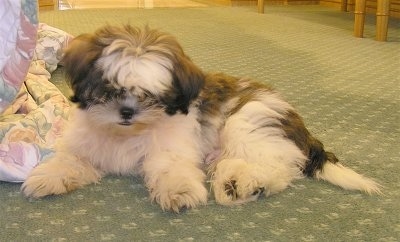 "This is Pom Pomme, a 3-month-old Shih Tzu. “Pom Pomme” means “apple” in French. The name was given by my friend because he looked like an apple when he was just born. He is my little cutie apple pie. He is tricolor in white, brown and black. He likes anything that is bigger than him—big balls, big bowls, including bigger dogs. He is a pampered puppy and a real naughty one. Once we left him alone at home, and he tore up all the newspapers and tissues into small bits and pieces until the whole house was full of "snow look-alike" dirt. But he is well housetrained. It is very easy to teach him a new command.

"He even enjoys a long walk and a jog (rare case for a Shih Tzu). He can be walked off-leash as he won't wander far from me. He loves wind and water, but the water must not be too cold. He hasn't learned to swim yet, but he was having a lot of fun at the beach. He dislikes the smell of anti-ticks and flea spray, and often hides away when being called to be sprayed. He also hates getting his nails cut, even if it’s being done by an expert. Sometimes he will have nightmares after being sprayed or getting his nails cut. We are currently having difficulty in choosing his food, as he is a very picky eater. Guess we have spoiled him with too many treats. Overall, he is a great companion and we treat him like our baby. Never regret having him around. Glad that we have chosen him among his 3 other siblings, as he suits our personality best!" 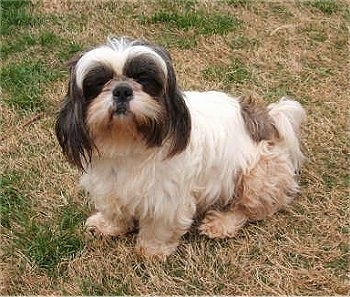 Sophie the Shih Tzu at about 2 years old 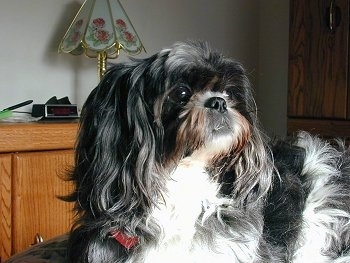 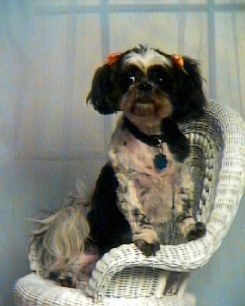 Miss Hunee the Shih Tzu on a wicker chair 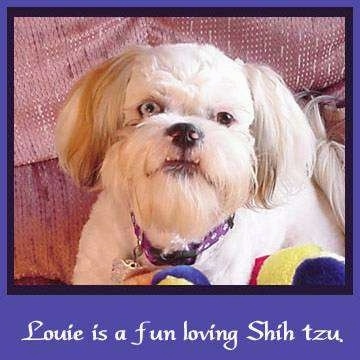 Louie the Shih Tzu is a fun loving dog 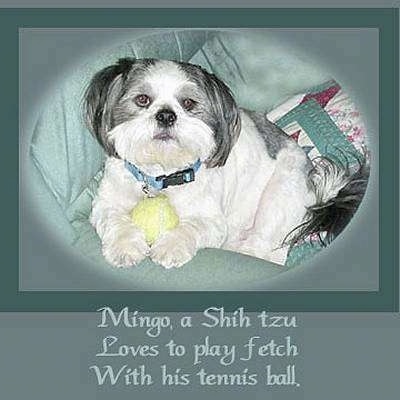 Mingo, a Shih Tzu loves to play fetch with his tennis ball Mianju the Shih Tzu likes to keep an eye on everything. 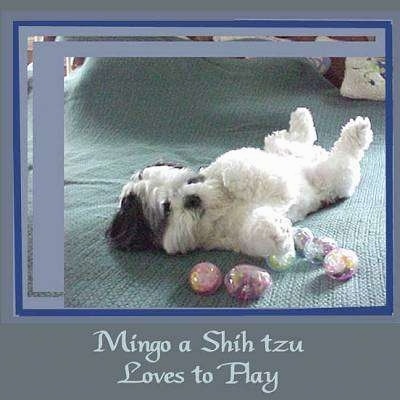 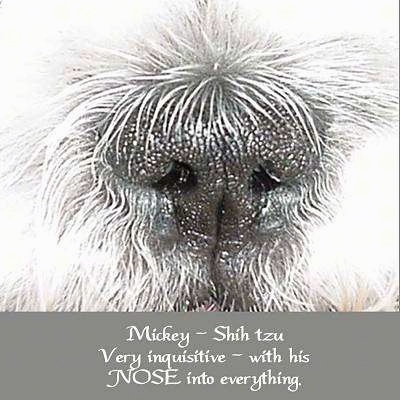 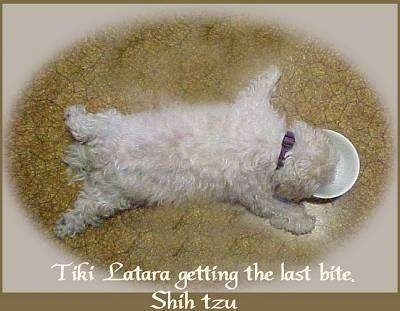 Tiki Latara the Shih Tzu getting the last bite of food 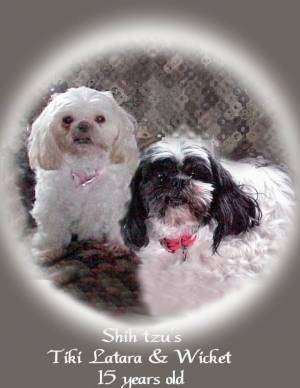 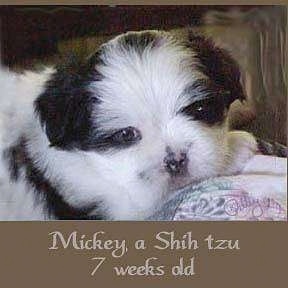 Mickey, a black and white Shih Tzu as a puppy at 7 weeks old 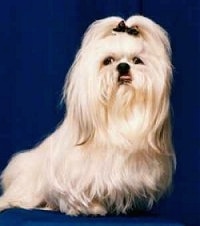 A white adult Shih Tzu with a top knot