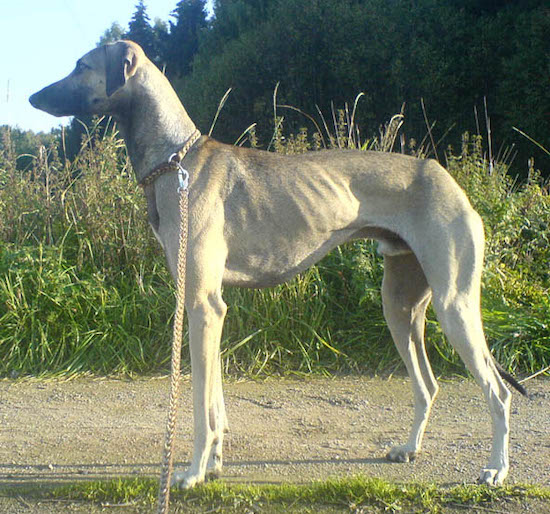 "This is the Sloughi Ain Zafir Ashraf Azaar, a Norwegian bred youngster at 13 months old. He's from the first Norwegian Sloughi litter since 1994. As of 2006, only four litters of this ancient and rare Moroccan breed had ever been born in Norway."

The Sloughi is squarish and le0ggy, slightly higher than long. The topline descends along the neck and straightens along the back. The withers are hardly visible and the topline is almost straight from the base of the neck. There is a slight curve over the loin. The croup is bony, the brisket does not reach the elbow and the underline is first straight (long sternum) then rises sharply. The Sloughi's coat color is solid with no extensive white markings (a white patch on the chest and few white hairs at the tip of the toes are overlooked). Colors are all shades of light to red sand with or without black mask, black ears, brindle, black overlay and black mantle. The most common color is sand with a black mask. The facial expression of the Sloughi is gentle and melancholy, almost sad. The Sloughi has a smooth, floating, effortless gait, tail held low, and head at a moderate angle to the body. There is no exaggeration in extension, and the front paws don't reach beyond the tip of the nose. This type of gait enables the hound to cover large distances without tiring. When racing, its style resembles that of the Greyhound, but looks more pulled together as a result of the squarish structure of the Sloughi in comparison to the "lying rectangle" structure of the Greyhound. Because of its straighter topline, the Sloughi does not flex its back as much as the Greyhound.

The Sloughi is a medium-sized, short-coated hunting sighthound of the desert type. An African sighthound, it was used to hunt wild game, such as desert hare, gazelles, foxes and jackals, often in cooperation with hunting falcons. It also protected the house and livestock of its owner. The breed is adapted to desert and semi-desert life in the Maghreb region of northwest Africa. This dry, lean and muscular hound gives an impression of rustic elegance as well as strength, and it is an efficient hunter with great endurance as well as speed. The Sloughis are affectionate, gentle, and very closely knit to their owners. They are intelligent and independent, and curious of their surroundings. They are quiet and calm indoors, and prefer to lie on soft rugs and blankets, often on their backs with their legs in the air and the neck twisted at a seemingly physically impossible angle. Strangers are met with aloofness and caution, while friends are greeted with enthusiasm. Sloughis don't make great obedience dogs, but they respond to fair and gentle training methods. Sloughis get along well with children and other animals if they are raised with them. But as Sloughis are hunting hounds with a strong chase instinct, caution is recommended when the dog is outside with smaller animals. Any small, running animal may trigger the dog's hunting instinct. As with all dogs, be sure you are this dog’s consistent pack leader.

The Sloughi is generally a very healthy breed. PRA (progressive retinal atrophy or "night blindness") is found very rarely, and dogs who are DNA-tested and found free of PRA give 100% PRA-free offspring. Breeders in Europe and the U.S. test their breeding stock in the hope of eliminating the disease within a few generations. A PRA-affected dog of otherwise excellent health, temperament and conformity can be bred to a normal (PRA-free) dog and give offspring that are carriers (not affected), but the carriers can then be bred to normal dogs and give 50/50 carrier/normal pups. In this way, affected and carrier dogs of otherwise great quality can still be used in a planned breeding program. There have been isolated cases of deficient immune system, balance problems and hemophilia (an illness that impairs the body's ability to control bleeding) in inbred lines. Sloughis, like many other sighthounds, are sensitive to anesthetics.

Indoors they are calm and quiet. They prefer to have a nice, comfortable place to sleep and will not be very happy on a hard, cold floor.

Sloughis, and particularly young dogs, like to run daily. They make excellent jogging partners, and need to go on daily walks or runs. They will truly be happy when they are allowed to run off leash. Because of their hunting instincts, they should never be let loose in unsafe areas. A normal fence will not stop a Sloughi chasing a squirrel onto a street in front of a fire truck with sirens blasting! Far too many Sloughis are lost in traffic accidents each year. But a Sloughi that is allowed to run off leash a few times a week will spend most of its time indoors resting in a comfortable spot where it can watch its humans with half an eye while drowsing. Sloughis do not like to be separated from their flock, and this is an advantage when they are let loose outdoors. They may chase every squirrel and bird within sight, but they will always return to their humans.

The Sloughi's coat is very short with no undercoat, and it has no "doggy odor" unless it's wet. Dirt and mud falls off by itself when the fur dries. Because it is a desert hound, the Sloughi needs protection in cold and wet weather. Grooming is easy; a rubber brush or grooming glove will remove dead hairs. The Sloughi is an average shedder. Several people have reported that Sloughis are good for people with mild cases of dog allergy.

The origin of the Sloughi is not known, but it is a very old breed. It was mentioned in a book by the Moroccan writer Al Mansur which was probably written in the 13th century. Morocco holds the FCI standard, but the breed originated in the area which today consists of Morocco, Libya, Tunisia and Algeria, in the northern Saharan region of the Maghreb. The Sloughi is also known as the Arabian Sighthound, which is actually incorrect as it was the indigenous, nomadic Berbers (the Amazigh or "free people," as they call themselves) who developed the breed long before the invasion of the Arabs. The breed is locally known as the Sloughi Moghrebi, meaning the "sighthound of the Maghreb." The Sloughis held an elevated position in comparison to other dogs, and they were greatly prized. Only chiefs and kings were allowed to own them, and much effort went into making sure that they were bred pure. An owner of a fine hunting female would travel far to find just the right mate for her. There were originally two types of Sloughi: the larger, more substantial mountain Sloughi and the smaller, lither desert Sloughi. In western countries there is less distinction between the two as they have been mixed. The breed is not, as previously believed, closely related to the Saluki. DNA testing has shown that these two breeds are only remotely related. The Sloughi's closest relative is the Azawakh, which belongs to the Berber tribes of southern Sahara. Still, the two breeds have been separated long enough that there are obvious differences in conformity and temperament. The Sloughi was officially recognized by the AKC in 2016. 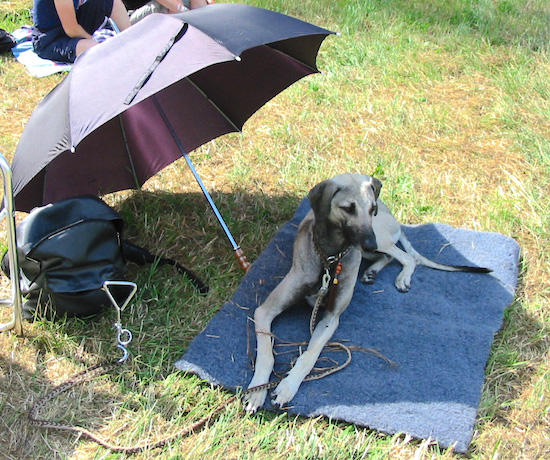 "Sloughis don't like chilly temperatures and Azaar, visiting an outdoors café in Oslo, was happy that the waitress lent him a fleece blanket to lie on and another one to snuggle up in. Sloughis take such comforts for granted, and are usually unwilling to lie on hard surfaces. On sunny days, however, a Sloughi is often the first dog to seek shade, despite being a desert hound. The umbrella picture was taken at a sighthound conformation show at Mariefred, Sweden. Azaar’s coat color is quite rare. Sloughis are often sand colored, but Azaar's coat has black hairs mixed into the sand-colored coat, which is called "sand overlay." The black mask, however, is widespread." 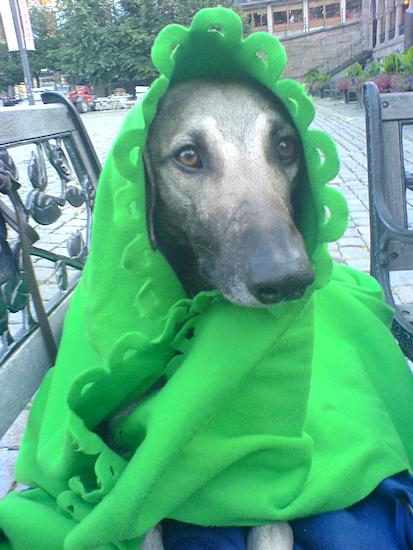 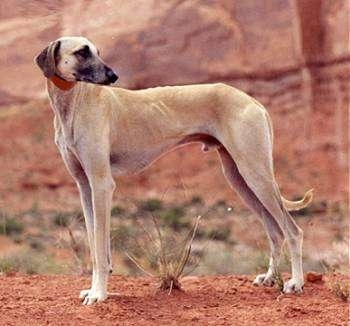 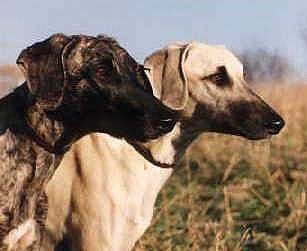 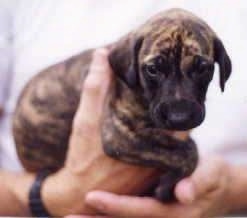 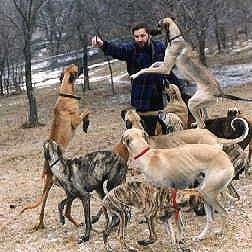