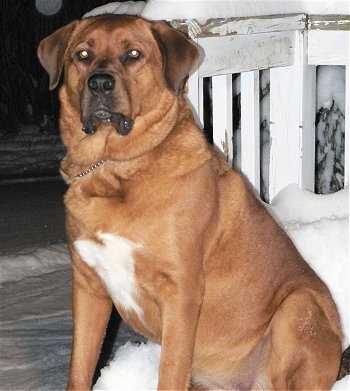 The St. Weiler is not a purebred dog. It is a cross between the Rottweiler and the Saint Bernard. The best way to determine the temperament of a mixed breed is to look up all breeds in the cross and know you can get any combination of any of the characteristics found in either breed. Not all of these designer hybrid dogs being bred are 50% purebred to 50% purebred. It is very common for breeders to breed multi-generation crosses. 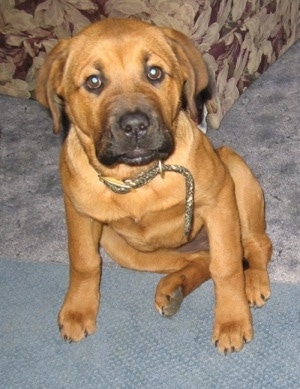 "Coosa was a 3-month-old impounded puppy when I found her at our local dog shelter. She stole my heart. She had skin draping her face and she had big feet. At that time, we had no idea what her breeding was. The vet suggested she had some Mastiff with some Labrador. I was able to bring her home after one week because no one came in to claim her. She weighed 38 pounds, still had puppy teeth and the vet told me she was about 3 months old. She had a health inspection, a bath, several vaccinations, and eventually was microchipped and spayed. Now she weighs 92 pounds and is so much a part of our family at two years old. 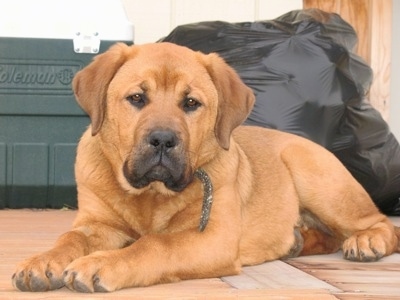 "I used the Cesar Millan philosophy in training her. From day one, that was all I used and she has become the most gregarious, people-loving, dog-loving, cat-tolerating, big, strong dog I have ever had. She communicates with us as if she believes we understand her. She loves water over all toys. What is so amazing about Coosa is her desire to be a friend. When it's feeding time for the horses, she greets them as they run into the stalls then she lies in the hay and eats the hay with them while I do chores in the barn. 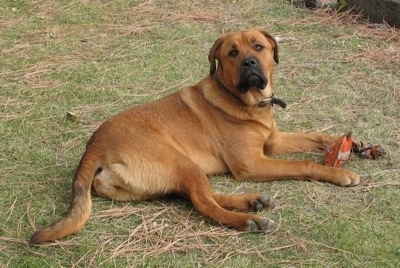 "Coosa is extremely happy and active. I don't know if I could have managed her if it hadn't been for Cesar and his training for me and my dog! I have to add one more little story. When Coosa was 9 months old, I had her in a feed store shopping for dog, cat and horse feed. Another dog came in with his owner while we were there. I thought I was looking at Coosa's twin!! I went up to the owners and talked to them about their dog. Mojo was 9 months old; it was obvious our dogs were from the same litter. This is a small community of only 16,000 people in the entire big county. Mojo was out of a litter of nine pups. The mom was a Rottweiler, dad was a St. Bernard. The breeding was accidental, both parents were purebreds. And both dogs had similar personalities." 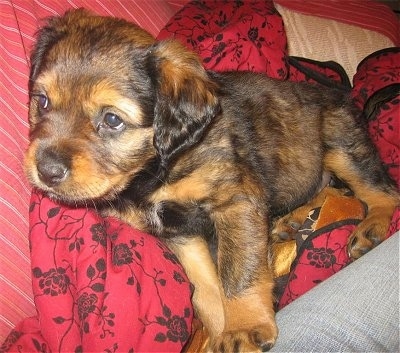 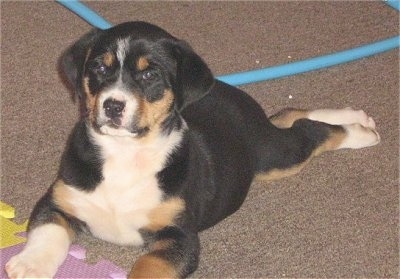 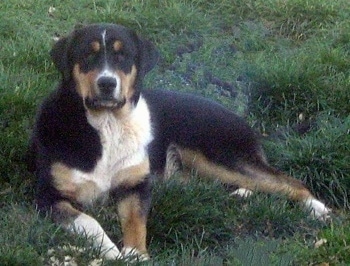 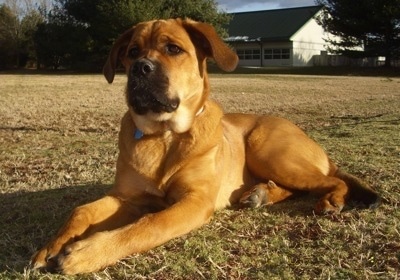 Kiya the Saint Weiler as a 4-month-old puppy—"She has been pretty easy to train and knows basic commands such as sit, shake, lie down, roll over, speak and come. My boyfriend takes Kiya for long walks at the park several times a week and we have a large backyard where she can really let loose. We love to see her run because she gets super excited and has this amazing line of hair that stands straight up on her back. Kiya is my big baby girl and I love her!" 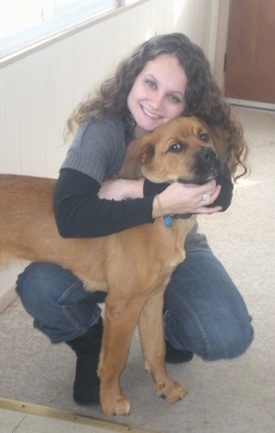 Kiya the Saint Weiler as a puppy