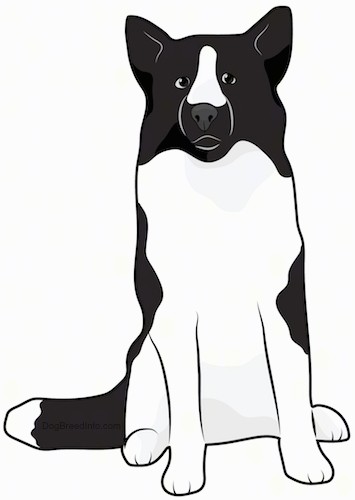 The Tahltan Bear Dog has an appearance similar to a fox with a tapered snout, thick paws for the snow, and a bushy, fluffed, medium tail. They were small enough to fit into a pouch that the Tahltan Indians would carry until it was ready to hunt. They usually had black fur with white markings. Other common varieties were solid grey and others were a combination of all three colors. They had an average sized head for their body and ears that stood straight up.

This dog was fearless, friendly, affectionate, and fierce at times. They could take down grizzly bears while also being a house pet for the Tahltan Indians. While being a pack dog, they also got along with other dogs quite well. They were known for their hunting abilities just as much as their loving personality.

There are no records of this dogs health issues.

These dogs lived with Indian tribes in the cold north. They were used to freezing temperatures and living in tents with the tribe. Running, hunting, and exploring outside was an important part of their daily lives. They would have done well in an area with a lot of outdoor space but also loved being affectionate toward humans so they also would have done well indoors.

Tahltan Bear Dog were outdoors most of the time when living in their natural habitat in the north therefore they were very athletic and loved to hunt. Long walks or hikes were necessary for the breed to have a balanced behavior.

Tahltan Bear Dog had a heavy thick coats that would have needed to be groomed frequently in order for them to live comfortably, especially indoors. They only needed bathing when necessary.

The Tahltan Bear Dog lived in northwest British Columbia with the Tahltan Indian Tribe during the 19th century. These dogs were small, around a foot tall, and were fierce hunters. Despite their size, they would help the people hunt animals of all sizes such as elk, bears, porcupines, beavers, and large cats.

Hunting ceremonies were done the night before the hunt by using the Tahltan Bear Dog. They would stab the Tahltan Bear Dog on their back hindquarters with a bone of either a fox or a wolf until they reached blood. The morning after the ceremony, the dogs would be carried in pouches on the Indians back until they came across an animal trail that the dogs could follow. The dogs would then be let down and would chase the trail until they found the animal and hunted it down.

Tahltan Bear Dogs worked in pairs when hunting bears. They would make a high pitched yodel like bark, chase the bear to either a corner or a tree, and keep the animal distracted until the humans came to kill it.

Some say this breed descended from dogs that were alive around as early as 13,500 BC and lived with Paleo-Indians from the Asiatic region and into Alaska. Although we do not know if this is true, this information was passed down for generations among the indian tribes.

In 1915, the Tahltan Bear Dog was known as an important cultural breed but by then it was on the edge of extinction. Many people from other countries and territories removed the Tahltan Bear Dog from the north, resulting in many of these dogs to become sick and die. It is believed this was because of the climate change and from not being fed a normal diet of fish and meat which is what they were used to in the wild.

They made a recovery in the 1930’s and became a popular dog within British Columbia. It was during this time that both the Continental Kennel Club and the American Kennel Club recognized them as a breed.

These dogs were commonly traded among Indian tribes and then most likely bred with other dogs after traded. This is what probably resulted in the decline of the Tahltan Bear Dog although there is no written evidence. Furthermore, female Tahltan Bear Dogs had a difficult time bearing a regular amount of puppies. While they usually birthed around 3-5 puppies a year, the mother was known to kill her puppies if she was bothered during this process.

There are rumors that a few Tahltan Bear Dogs have survived and are still being bred today although no one is certain whether or not these litters are purebred. For the most part these dogs are extinct or are considered to be extremely rare. 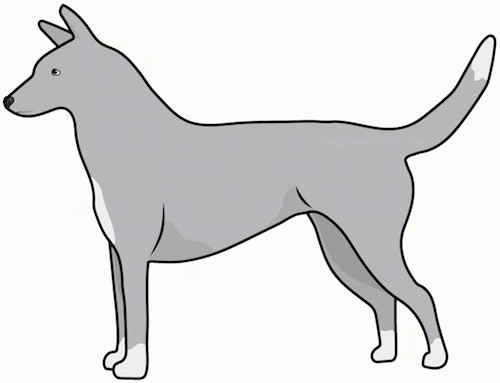