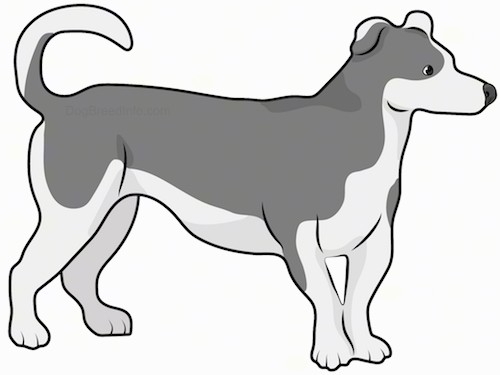 These dogs were very small, had long backs, and short legs. They were thick and a little stocky with a short coat and a longer snout. Their thick tail usually curled up and touched or almost touched their back. The Turnspit dog came in a variety of colors from red, brown, grey, white, and sometimes a mix of multiple colors. They were also known to commonly have bent legs because of how long and hard they worked. Many people from the 17th century considered this dog to be quite ugly.

These dogs were known to be extremely hard working and dedicated to their task, which was turning a giant wooden wheel in order to evenly cook meat. They were loyal in a sense that they performed their work daily and were not known to protest. These dogs were clever as if the family owned two dogs, one would jump off the wheel when their “shift” was done and the next Turnspit dog would take their turn without being told.

These dogs were very commonly overworked and therefore developed bent legs and large muscles. Because they were small, they may have also had trouble breathing at times.

These dogs lived in kitchens or other work environments. They were not considered pets but rather as a household or kitchen tool because they would turn a wheel that would cook meat. Because they are small dogs, they would have done well in a smaller living space such as an apartment or a small house.

These dogs were worked daily on wooden wheels therefore they had more than enough exercise. If this were not the case, they would have needed a daily walk.

These dogs had short coats and only needed to be groomed or bathed when necessary.

The Turnspit dog was widely popular in the 15th and 16th century for a task that would surprise most people. These dogs were used in the kitchen to help evenly cook meat. How? The owners or kitchen workers would place the Turnspit dog on a wooden wheel, similar to a hamster wheel. Chains from the wheel were connected to a large metal spear which would pierce the dead animal whether it be deer, boar, large birds, etc. As the Turnspit dog would run, the large roasting animal over the fire would slowly turn, giving the food an even cook.

Because large quantities of meat on a large fire would take hours to cook, it was quite common for the Turnspit dog to be tasked to run on this wheel all day. When the Turnspit dog became tired and slowed down before the meat was done, cooks would often throw hot coals at the dogs feet in order for them to run faster, otherwise the food would be cooked unevenly. If the dog was lucky, there would be two dogs who would take turns running every few hours. This was most likely found in the wealthy kitchens of nobility.

Nobody is completely certain about the origin of this dog but most people believe they were originated by mixing Welsh Corgis and various terrier breeds.

While the Turnspit dog mostly working in the kitchens or performing other tasks that required running on a large wheel, they often got a break on Sunday mornings. On cold days, the Turnspit dog was often brought to church in order to warm the masters feet.

At the beginning of the 20th century, animal rights activists began to make people think about the situation at hand, that these dogs were mistreated, overworked, and depressed. Lucky for the dogs, around the same time as the animal activists, there were pulley systems that now turned meat automatically and soon after, gas flames instead of large open kitchen flames were used. Because of these advancements, the Turnspit dog was used less and less until it was finally extinct.

Today, it is possible that the genes of the Turnspit dog still lives through a Welsh breed called the Bowsy Terrier. As for the Turnspit dog, the last known specimen was placed in a taxidermy exhibit at the Abergavenny Museum located in Wales. 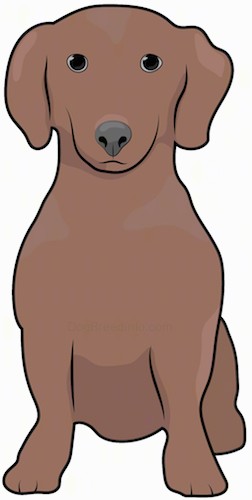