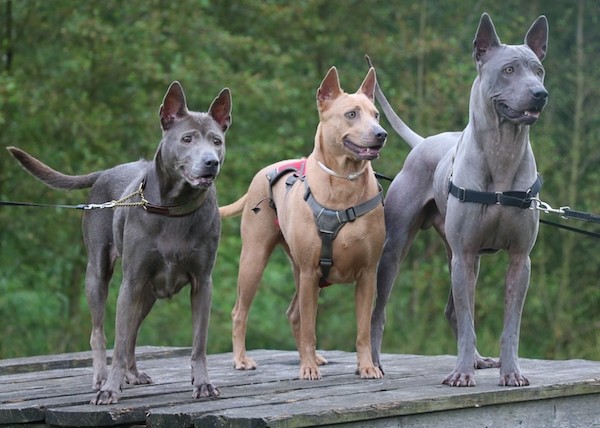 The Thai Ridgeback has a loose-skinned, muscular body. Its back is strong, firm and covered with dense hair. Coat colors include: chestnut, black, blue and silver. It has a ridge on its back, formed by hair growing in opposite directions which forms whirls and circles. The shoulders are strong and muscular. The head is carried high on the firm, strong, clean-cut neck. The muzzle is wedge-shaped and powerful looking. The tongue should be blue or bluish gray. The ears are large, high set, triangular, pricked and inclined forward. The top of the skull is flat and slopes gently to the stop. The dark-brown eyes are almond-shaped with an alert expression. The nose is black and the tail is thicker at the base tapering to the tip. The ribs are well sprung with no hint of a barrel appearance. The hind legs are long, moderately lean and bend slightly to the stifles. The back of the neck has extra rolls of skin when the dog is alert. This is particularly noticeable in puppies.

Until recently the Thai Ridgeback was relatively unknown outside of eastern Thailand and is very rare elsewhere. This breed is a good watch, guard and hunting dog, but also makes a nice companion. Tough and active with excellent jumping ability. It is a very active and alert dog but also without socialization can be a bit aloof toward strangers. May be difficult to train. The Thai Ridgeback needs a dominant owner who understands the breed. One who has natural authority, in a firm but calm manner; confident and consistent with the rules placed upon the dog. A Thai’s owner that does not correct the dog at the proper times may find that the dog develops aggressive tendencies. With the right handler it is never too late to curb any unwanted behaviors once the owners learn how to properly treat the dog, along with providing the proper mental and physical exercise.

Thai Ridgebacks will do okay in an apartment if it sufficiently exercised. These dogs prefer warm climates and cannot withstand the cold.

This breed should get plenty of exercise, including a daily, long walk.

The Thai Ridgeback does not need a lot of grooming. An occasional combing and brushing to remove the dead hair will do.

The Thai Ridgeback has been found in eastern Thailand since the Middle Ages. Thai farmers value this breed as guard dogs. This very protective dog was known simply as "the cart-following dog." They were first imported to the USA in 1994 by Jack Sterling. He discovered and acquired the breed by chance on a trip to Bangkok Thailand. The dogs were called Mah Thai Lung Arn, but Jack began to call them "Thai Ridgeback Dog" or the "TRD" for short. On March 15th of 1994, Jack took his two youngest of his then three newly acquired Thai Dogs and now famous TRD to show at ARBA's 3rd Cherry Blossom Rare Breed Dog Show in Washington DC on the nation's Mall in front of the Capitol Building where he won his entered classes. Jack Sterling moved back to Thailand on October 11th 2003 to continue his breeding program through his kennel Chiang Mai Thai Ridgeback Dogs importing them worldwide.

FCI's Classification Group 5 (Spitz and primitive types) Section 8 (Primitive Type Hunting Dogs with a ridge on the back), Without working trial. 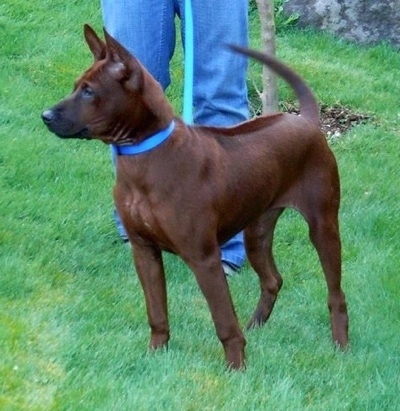 "Photo taken by James at Manape Thai Ridgeback: dogs of distinction bred for health, temperament and conformation: taking pride in our dogs whether for our own breeding and showing endeavors or placing them with other dedicated enthusiasts." 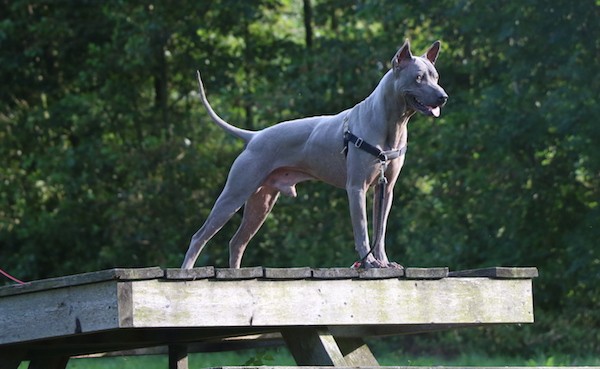 "Winner is a Thai Ridgeback dog. This breed is a primitive breed. We bought him in Thailand and now he is living in the Netherlands with his 2 other Thai Ridgeback girlfriends." 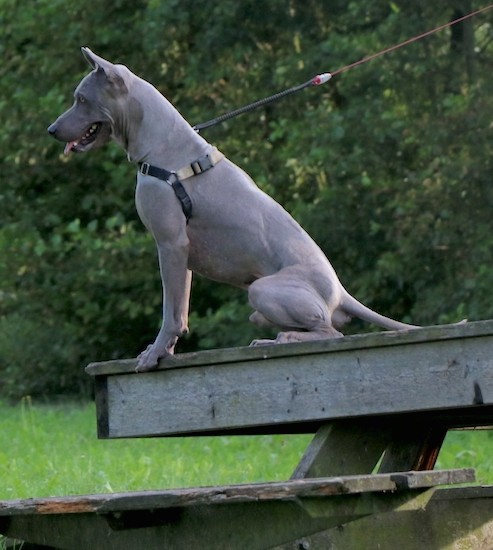 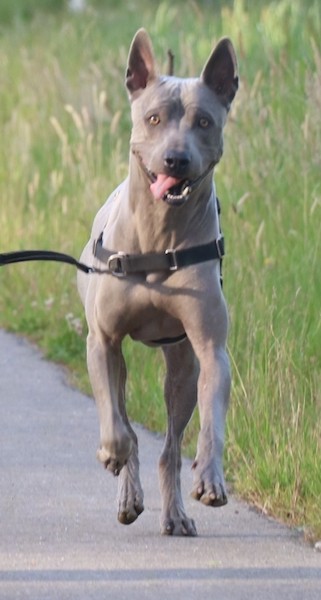 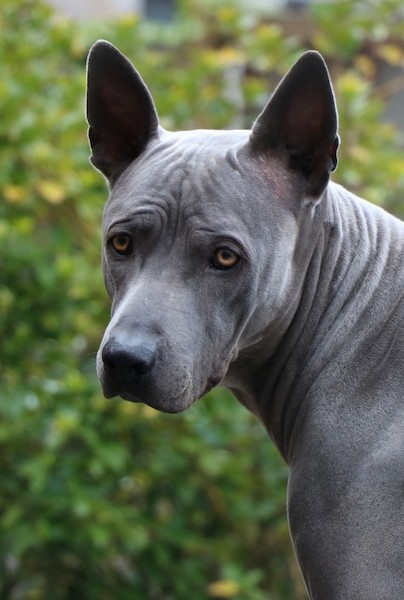 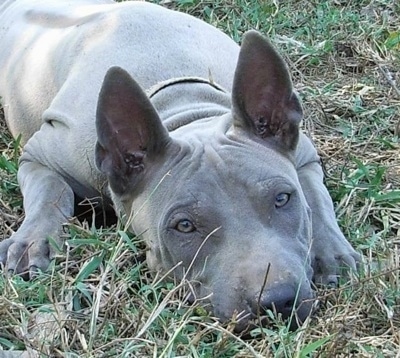 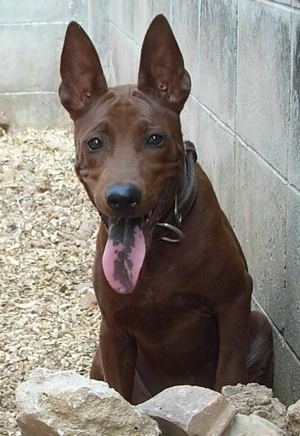 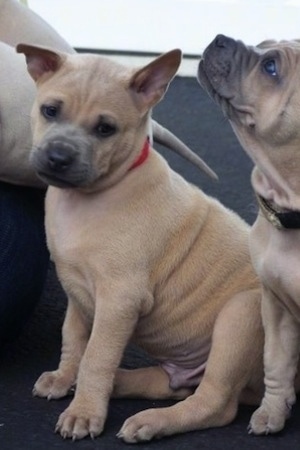 "This is Balto, a Thai Ridgeback from one of our litters. In this photo he is around 6 weeks old and is spending time with his 10 brothers and sisters. He loves playing with his toys, but hates to share with his siblings. Balto is a very dominant dog so he didn't get sold until he was 5 months old. His owner's family disagreed with her choice to buy him and talked her into giving him to a friend."