This is Meeko, a male Toy Fox Terrier at 3 years old. His owner says, "He is very loveable. Despite his size he wards off people, kind of like a guard dog would do. He also loves to be petted. When we stop he puts his muzzle under our arm and pushes it up back to his head so we keep petting him. He is very strong and he is very unique; unlike all the Toy Fox Terriers I've seen in person and on the Internet, Meeko is full of dots all over, even his belly. One of his ears is black; the other is white with black dots. I've shown him in dog shows and he has won a lot of Best in Shows. The judges frequently tell me that he is strange. He also competes in Agility Shows too, it's his favorite. He loves to jump. He is a bundle of energy."

Take a look at him in the pose he is always in—rolling over Meeko—it's one of his favorite tricks. 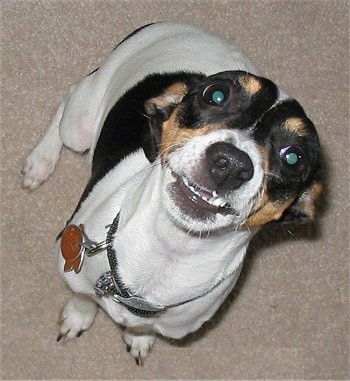 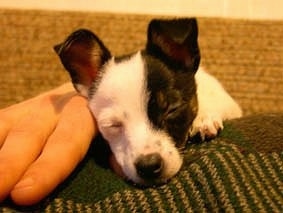 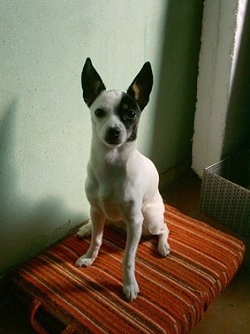 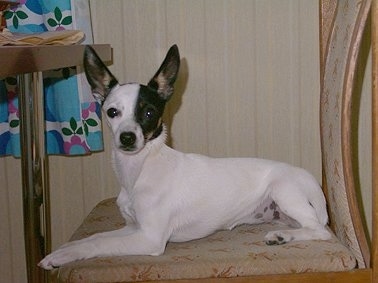 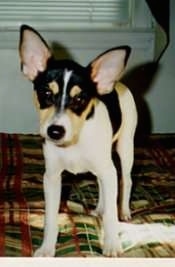 This is 4-month-old Buddy. 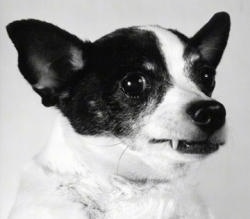