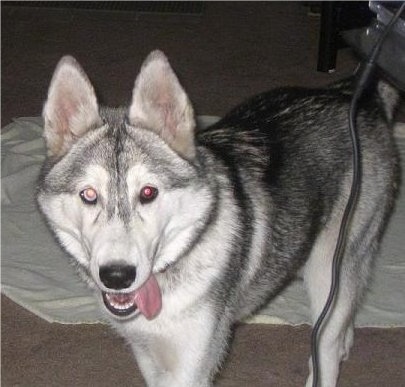 Harley is 25% Husky and 75% wolf. She is super smart and she knows how to sit, shake, lie down and give high five. She is shown here at 8 months old.

As of about 1990 the correct term for a mix of a wolf and a domestic dog is “wolfdog.” The dog was reclassified as a sub-species of wolf (canis lupus familiaris) and as such, it is impossible to have a hybrid as they are two of the same species. Although technically incorrect, the term "hybrid" is still used by many, particularly when it comes to mixing two purebred domestic dogs.

It was brought to our attention by some wolfdog fanciers that there are many animals out there that are claimed to be wolfdogs, but are actually Nordic-type dog mixes. Apparently some are pictured inside this section. We made the decision to keep this wolf hybrid section as a comparison with the dogs that have been proven to be true wolfdogs. You can see some examples at Non-Wolfdogs: Mistaken Identity.

The Dog Breed Info Center® is not claiming the dogs in this section are not true wolfdogs. We would like you to do your own comparison between this wolf hybrid section and our proven wolfdog section. There are many dogs in shelters that are killed because they look like wolves when they are actually a Nordic-type dog, such as a Husky or Malamute mix. Falsely labeling animals as wolfdogs in shelters can be detrimental. Nordic dogs are being killed and wolfdogs are not going to the proper rescues where there are people who know how to deal with them. 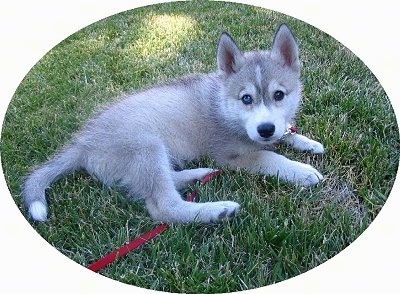 Harley the Wolf Hybrid as a young puppy 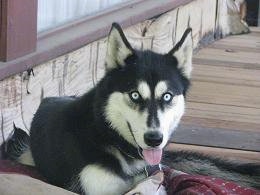 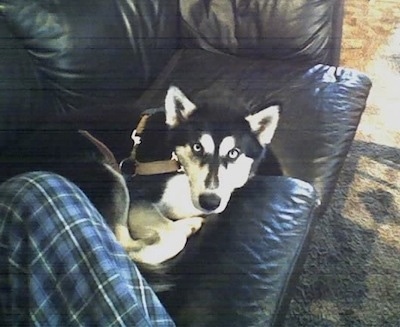 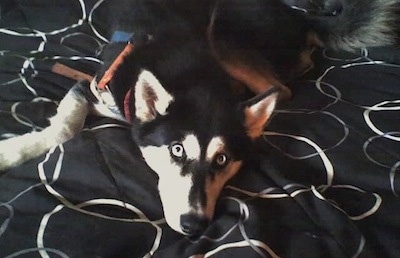 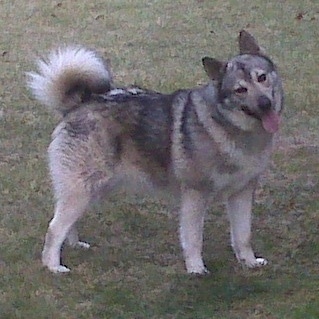 "This is Shadow at 2 years old. He loves to run and play. He meets no strangers. He is 40% Timber Wolf and 60% Norwegian Elkhound. Shadow is afraid of thunderstorms; he will howl like crazy when it starts to storm. He stays outside; he has a big lot and this house that takes up the one whole side of the lot. We call it his condo. Karleigh, our little girl would have wolves all over the house if she could. It just amazes people when she tells them that she has a wolf for a pet." 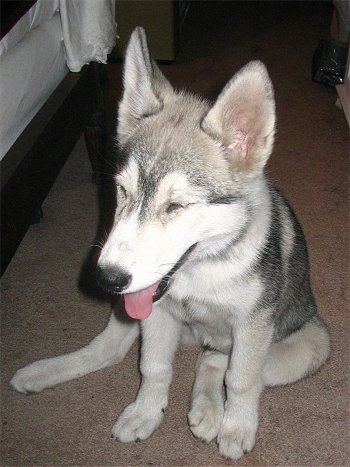 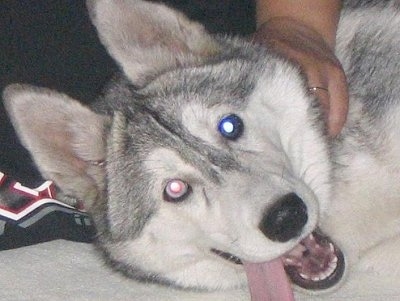 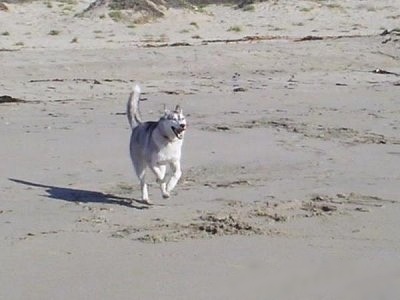 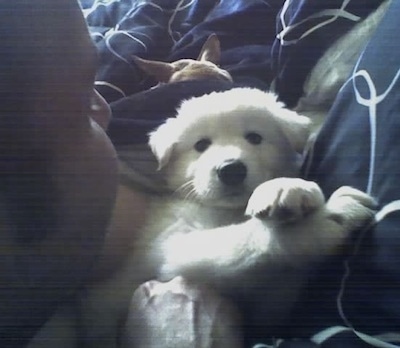 "This is Loki at 6 weeks old, a male 65% White Arctic and Timber Wolf hybrid puppy. Loki has bi-colored eyes—one blue and the other is still changing color, it could be green or gold. He is starting to growl and pounce and he loves to play with our big dogs. When grown he should be around 100 lbs. In Norse, Loki means: God of Hokey Pokey and one of the world's major Trickster Gods." 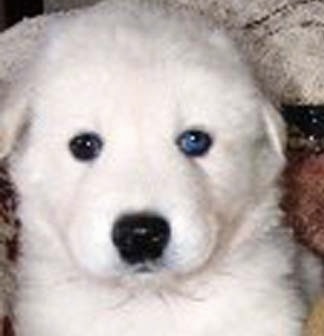