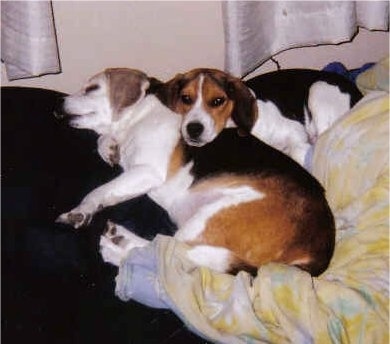 "Willie was born in Nov 1990. Elaine's mother had her first. There were two other dogs there and they realized that three may be too much for them at the time. They asked if I'd like to have her and I jumped at the opportunity. So, Elaine became Willie's "Person Mom." She's always been such a good dog, as loyal as they come. Willie has had a few housemates and has always gotten along with other dogs (and all pets in general). She even helped our son Brandon learn to walk. She would let him lean on her as they walked across the room when he was just getting started on being steady on his feet. Snoopy was born in Aug of 2005 and came to our house in Nov of 2005 when Willie was 15. We weren't planning on getting another dog just yet, but there he was and he was so cute we couldn't resist. (He was throwing wood chips around with his mouth.) Snoopy sort of adopted her as his own mother, even though she is old enough to be his Grandmother. Willie took to him right away, always tolerant of the puppy nips and bites. Snoopy was so small that we carried him up and down the steps until he was surer of himself. We couldn't believe how Willie keeps up with Snoopy, running all over the backyard chasing him and playing. She will put him in his place when necessary. We think that Snoopy has kept Willie "young." Some days she doesn't have patience for him and we just try to give her the space she needs. Both dogs are chow hounds. If someone is eating something somewhere, they know about it and want in on the action. Willie has a few nicknames, such as Snoop, Flea, Furry Muppet, Weez and Catty Pants (our Beagles are very cat-like in some of their antics, like tossing food in the air with their mouth and batting it around with their paws! Snoopy has a couple of nicknames so far, like Brat Dog and Trouble Maker. If you knew him, you'd understand why. Willie has never been much of a barker, unless she thought it was needed to tell us what she wanted. Snoopy barks and howls every chance he gets. When he is in his crate, he squeaks like a rusty gate to get out. We leave him in there when we aren't home because he can't be trusted, not just yet. We are glad to have them as our pets. They really love each other, and we love them in return." 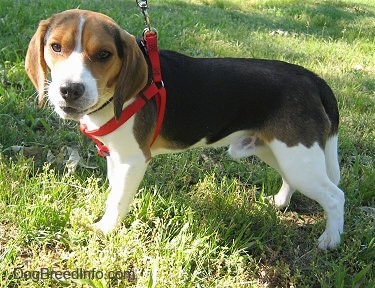 Snoopy first arrives at the farm.

See Snoopy's first reaction to all of the animals on the farm. Snoopy's hunting instincts kicked in, however these animals were a bit large and Snoopy was not quite sure what to make of them. Watch the Clip; this is the call of a Beagle baying on the hunt!

Snoopy first arrives at the farm. 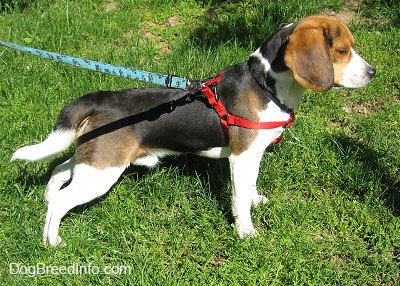 Snoopy the Beagle at 9 months old 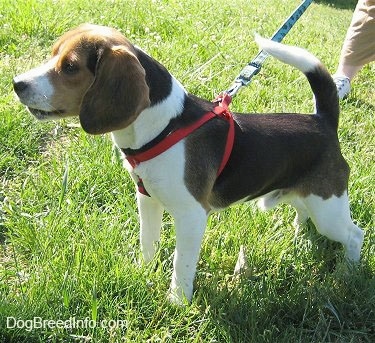 Snoopy spots a herd of goats and a paint pony. 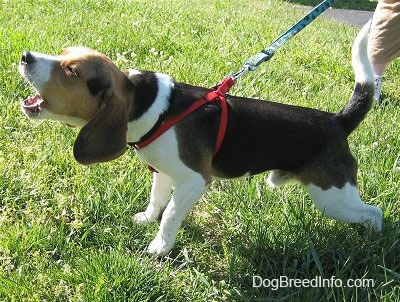 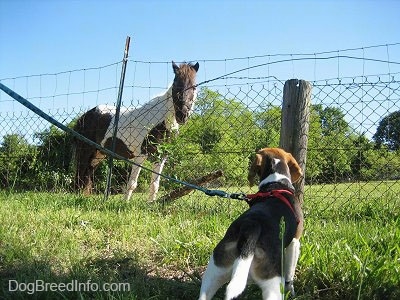 Snoopy the Beagle looking at Jazzmine the paint pony... 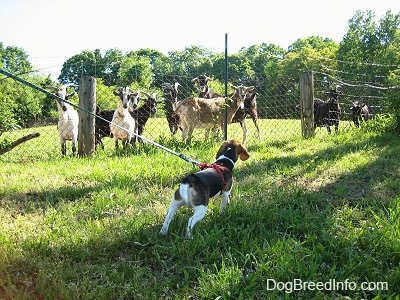 ...and the herd of goats 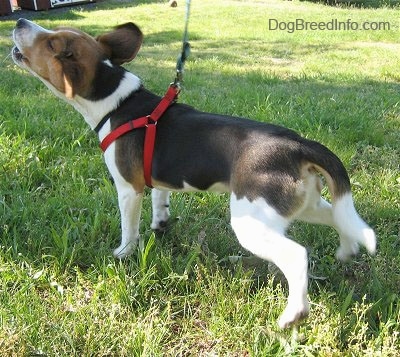 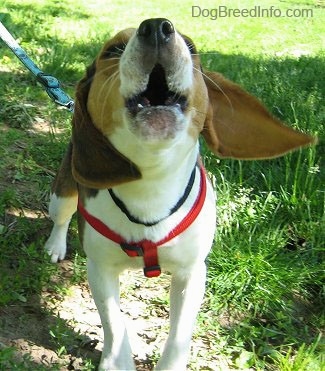