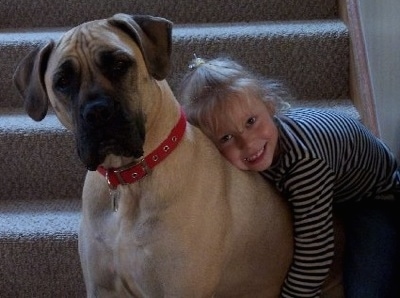 "This is a photo of our Boerboel Zoe and our daughter. Zoe in this photo is about 2 1/2 and only about 110 lbs. She was the runt of a litter of 14 puppies! Zoe is our daughter's best friend and is the most loving child friendly dog I have ever owned. She is the neighborhood mascot and all the neighborhood children always come over to visit." 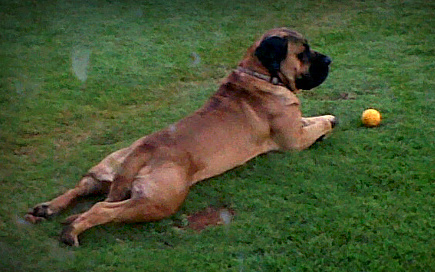 Rex the Boerboel at 15 months old—"Rex is a loving beautiful dog and will do anything to protect me. He is great with other animals. His best friend is a stray cat." 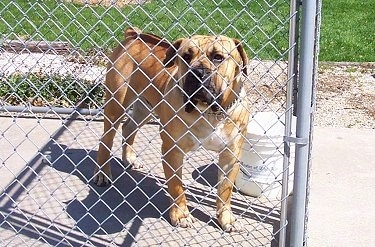 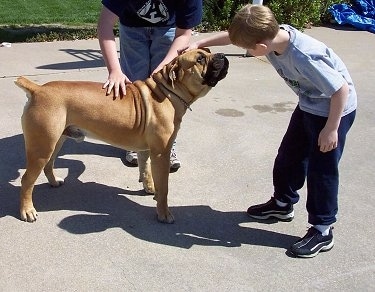 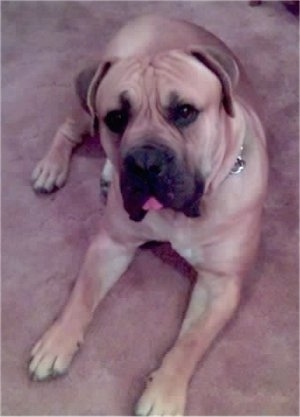 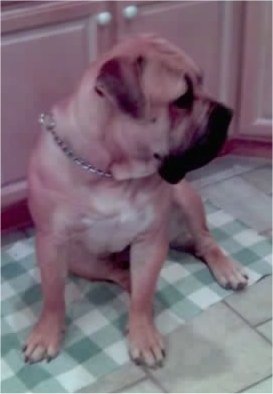 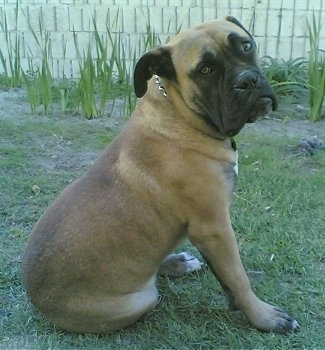 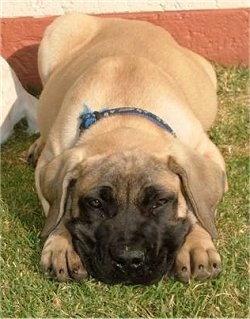 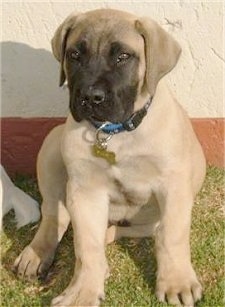 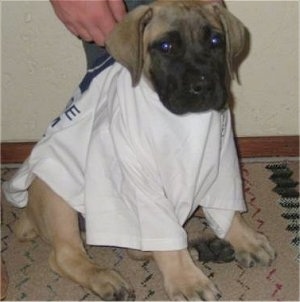 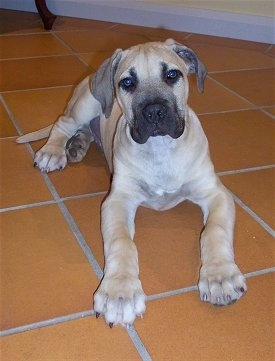 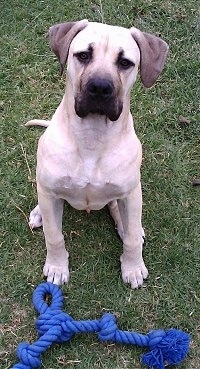 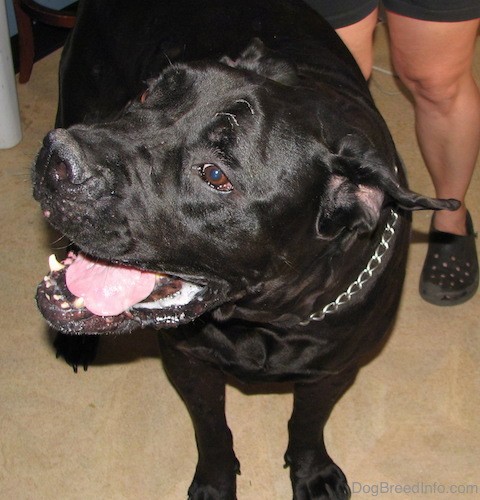 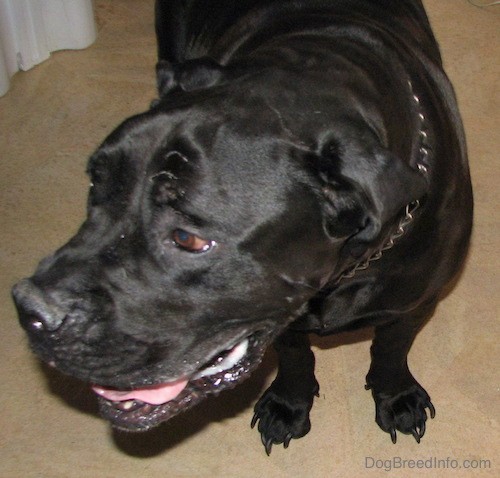 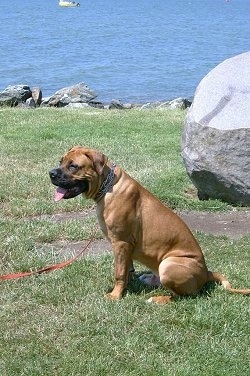 Nahu the Boerboel at 7 months old 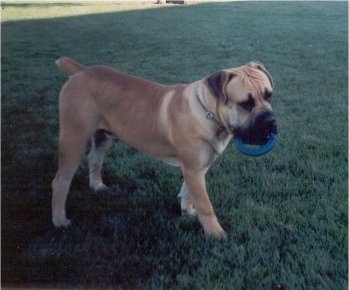 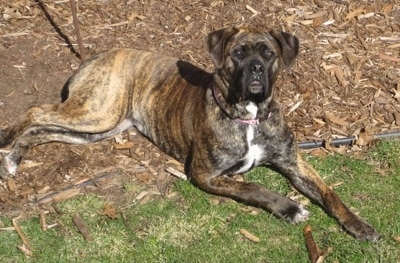 "Mia the South African Boerboel as a 10-month-old-puppy; at 13.5 months old she weighed 102 lbs. She is the sweetest, most loving dog. Very loyal—follows us around constantly. Protective at nighttime and will bark at strange sounds outside. Loves kids and other dogs. Looks forward to going to doggy daycare. Loves playing with tennis balls and chewing on Nylabones. Also loves rolling around and getting her tummy rubbed. Likes going on walks but is not good with the heat. Will lie down during the walk if too hot out. She drinks tons of water all day—and slobbers a lot! Feed her Blue Buffalo large breed chicken and brown rice, 3 cups in morning and 3 at night. Doesn't chew on anything inside that's not hers. When she was a puppy she liked to chew on the rubber part of our door stops!? Outside she'll chew on and eat ANYTHING! Dirt, branches, leaves, sticks, mulch, etc. Will drink out of the toilet if we forget to put the lid down! Doesn't mind her baths but hates getting her nails clipped. Monthly baths are adequate—unless it's been raining out and she's been digging in the mud! Clip her nails and clean out her ears twice a month. Sheds more during the spring/summer. Love their type of fur because isn't oily/greasy like some dogs. She is crate trained and stays in her kennel during the day when no one is home. At night she sleeps on her bed in our room. Not allowed in our bed! We will definitely be getting another Boerboel in the near future. We just love her personality, temperament and build. Everywhere I take her people ask what breed she is and everyone at the vet tells me they'll take her if I ever wanna give her up!" 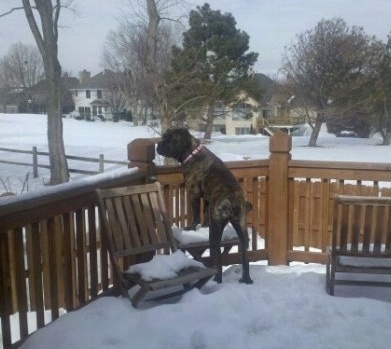 Mia the South African Boerboel as a 6.5-month-old puppy 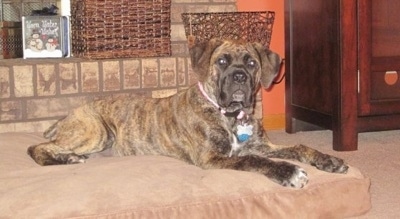 Mia the South African Boerboel as a 16-week-old puppy 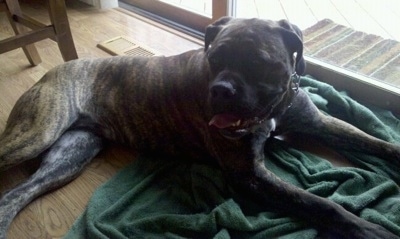 Mia the South African Boerboel as a 7.5-month-old puppy